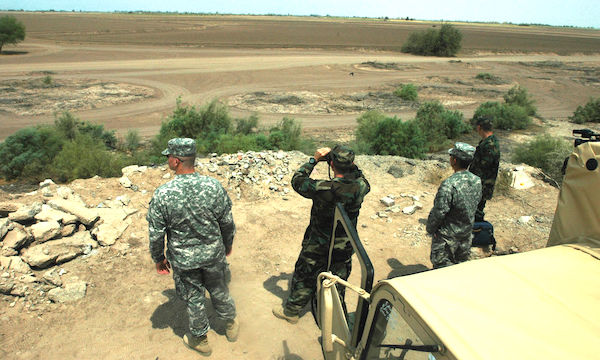 Customs and Border Protection has recorded 42 people who are on the terror watchlist trying to enter the country illegally since President Biden took office.

The figure was part of the CBP data sent to lawmakers in response to a congressional inquiry and obtained by Fox News Digital.

Since Jan. 20, 2021, U.S. Border Patrol and its Office of Field Operations have “arrested 42 subjects who were on the terror watchlist and attempted to enter the United States illegally,” CBP said.

The people put on the Terrorist Screening Database (TSDB) are known or “reasonably suspected” of being involved in terrorist activities.

Fox News noted that Republican lawmakers repeatedly have asked the Biden administration to make public the number of people on the terror list who have been encountered at the border.

The inquiry from 20 House Republicans was led by Rep. Chip Roy, R-Texas. The lawmakers called on the Department of Homeland Security to provide information on the number of migrants who entered unlawfully and “are included on a list maintained by the Federal Government relating to terrorists or individuals prohibited from boarding a commercial aircraft.”

The Republicans told DHS it’s dangerous for the agency “to not be as transparent as possible with the American people, the states of this union and the localities facing the frontline effects of this crisis.”

Overall, the administration said Monday, there were more than 220,000 encounters at the border, the highest of Biden’s presidency.

The CBP data also broke down the costs of caring for the migrants. The agency, since Jan. 20, has spent $95 million of federal funding on personnel, $338 million on infrastructure, $98 million on utilities and food and $166 million on healthcare.

The border crisis is about to get much worse, many Republican leaders warn, with the administration announcing the lifting of the Trump policy Title 42 on May 23. The measure gives border personnel the authority to turn away migrants from countries suffering an epidemic of communicable diseases such as COVID-19. About 1 million have been turned away under that rule.