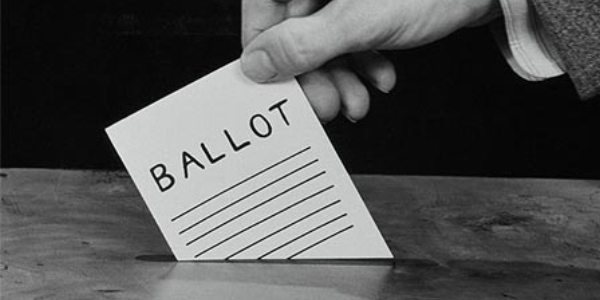 A new report from Just the News reveals “significant irregularities” in the 2020 presidential election ballot count from Fulton County, Georgia.

That county was critical to Joe Biden’s narrow, 12,000-vote, victory but since has come under scrutiny for several reasons.

Just days ago, an elections official there admitted that some of the legally required forms documenting the chain of custody for the ballots simply were missing.

At the time, the Georgia Star News confirmed that 385 official transfer forms, of an estimated 1,565 that would have been present in Fulton County, are gone.

Now a report at Just the News documents how records suggest “more than 100 batches of absentee ballots in Fulton County could be missing.”

Further, there’s evidence of “identical vote tallies repeated multiple times” as well as “large batches of absentee ballots that appear to be missing from the official ballot-scanning records,” the report said.

The issue in Fulton County, which is mostly Democratic, is that the results could impact the statewide race that Biden took by a tiny margin.

The significance is alarming since Georgia was one of six battleground states that drew charges of election fraud after the 2020 presidential race results were announced. In several, counting on Election Night was suspended with Trump leading. Hours later, after massive ballot dumps that were nearly 100% for Biden, the Democrat took the lead when counting resumed.

Further, in many of those states, officials arbitrarily changed state laws in order to accommodate ballots during the COVID-19 disaster, even though the Constitution requires only state lawmakers to made such changes.

When Georgia admitted that chain-of-custody documented was gone, a report in the Gateway Pundit said that’s just like some of the other battleground states.

“For months and again today we’ve reported on over 300,000 missing chain of custody documents in Georgia. Notably, most if not all of these ballots are likely for Biden and Biden was given Georgia by around 12,000 votes which included these bogus ballots,” the report said.

“The memos reviewed by Just the News include the handwritten tally sheets for all absentee ballots counted by the county as well as a private report from a contractor hired by Secretary of State Brad Raffensperger to monitor the Atlanta-area election process. The report, which chronicled seven days of problems, recorded troubling behavior like the mysterious removal of a suitcase of sensitive election data known as polls pads, used to authenticate voters,” Just the News reported.

For example, the review discovered that contractor Seven Hills Strategy pointed out that “a stranger just walked out with sensitive election materials” on election night, apparently during the process to set up a “new precinct.”

That contractor also found “sensitive election materials” on a “dock at a warehouse without supervision.”

The review developed after a judge ordered absentee ballots in the county unsealed for a private audit led by lawyer Bob Cheeley.

He described to Just the News evidence of “election tabulation malpractice.”

“Fact-checkers” that come mostly from legacy media organizations have claimed over and over that the 2020 election was perfectly fair, reasonable and open. However, when the Supreme Court had the opportunity to rule on questions that had been raised it refused, drawing comments from several members of the court that it should have at least reviewed the evidence that was offered, but never was considered.

The report from Just the News explained experts and officials “differ on whether the evidence shows a pattern of potential fraud or simply gross incompetence in the county that encompasses Atlanta.”

Just the News said it looked at documents collected from Fulton County during a risk-limiting audit conducted last November. That confirmed more than 200 batches of absentee ballots, each with 100 or more ballots, were assigned tracking numbers before being sent to vote-counting machines but are not recorded in the logs showing they were scanned.

Also, more than two dozen batches were double-scanned, and five batches appeared with the identical vote: 392 for Biden, 96 for President Donald Trump.

Two state officials who commented to Just the News confirmed there is no explanation for what happened, and that it “left open the possibility of fraud.”

The questions are just the most recent question to be raised about the 2020 presidential election nationwide, and specifically Georgia, one of a handful of swing states where odd election circumstances appeared that were called for Joe Biden, giving him the election victory.

“One after another, the absentee votes contained perfectly filled-in ovals for Biden — except that each of the darkened bubbles featured an identical white void inside them in the shape of a tiny crescent, indicating they’d been marked with toner ink instead of a pen or pencil,” Sperry reported. “Adding to suspicions, she noticed that all of the ballots were printed on different stock paper than the others she handled as part of a statewide hand recount of the razor-thin Nov. 3 presidential election. And none was folded or creased, as she typically observed in mail-in ballots that had been removed from envelopes. In short, the Biden votes looked like they’d been duplicated by a copying machine.”

A full audit already is nearly finished on the vote in Maricopa County, Arizona, and other states have been facing requests for similar reviews. Several legal actions still are pending, too.

Such fights have been stirring up “fact-checkers” across the political spectrum in recent weeks. They insist that the claims of vote manipulation or fraud are “in dispute.” That’s because, they say, government officials have claimed there are “safeguards” in place to protect “against fraud, including hand counts and audits.”

Here’s the War Room’s discussion on the Georgia topic: