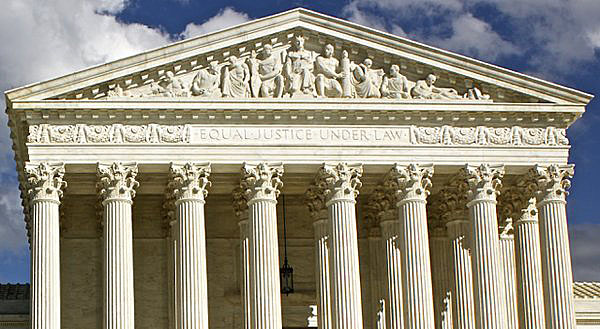 A left-leaning member of the Supreme Court says nine justices are enough, and there’s no need for “court-packing.”

Democrats, particularly since the confirmation of Amy Coney Barrett shortly before the 2020 election, have threatened to pack the court when they have a Senate majority, adding seats they would fill with progressive jurists.

But Justice Stephen Breyer, who was nominated by President Bill Clinton, is against expanding the court, arguing it would erode “the public’s willingness to respect its decisions,” the Scotusblog website reported.

In a speech Tuesday at the Harvard Law School, Breyer cited two factors that “provide cause for concern” about the public’s acceptance of the court’s decisions.

First, he noted, there generally has been a “growing public suspicion and distrust of all government institutions.” Second, there’s a perception – which he blamed on the labeling of justices as “liberal” or “conservative” – that decisions are driven by politics, rather than legal principles.

Adding seats to the court, he said, “can only feed that perception, further eroding that trust.”

Democrats have fiercely opposed Trump’s nominees, Neil Gorsuch, Brett Kavanaugh and Barrett, who are regarded as “conservative” and a threat to linchpins of the left, particularly the Roe v. Wade decision that established a “right” to abortion.

Joe Biden has been reluctant to support court packing, instead promising a commission to review potential changes.

The issue of Supreme Court nominations has become so volatile that then-Senate Minority Leader Chuck Schumer was named in an ethics complaint for threatening two Supreme Court justices during a pro-abortion rally outside the court building.

See Schumer’s threat, starting about 2:13:25 in this video from a pro-abortion group: