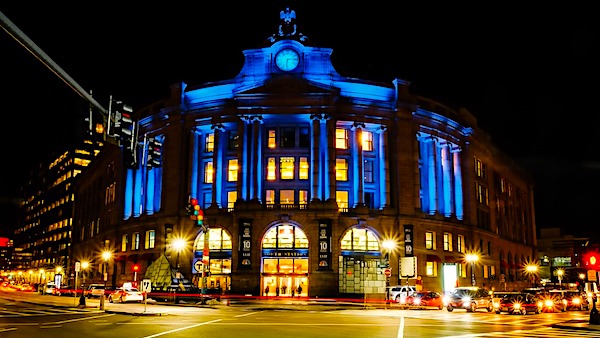 In a public rebuke to the city of Boston, the U.S. Supreme Court has ruled the city violated the constitutional rights of Camp Constitution, whose officials asked to fly a Christian flag at city hall through a program that already had allowed multiple private interest groups to fly their banners.

“We conclude that, on balance, Boston did not make the raising and flying of private groups’ flags a form of government speech,” wrote Justice Stephen Breyer, one of the court’s leftists, in the opinion. “That means, in turn, that Boston’s refusal to let Shurtleff and Camp Constitution raise their flag based on its religious viewpoint ‘abridged’ their ‘freedom of speech.’”

The case had been developing for years, and earlier this year WND reported when the justices heard arguments in the case, which focused on the city’s decision to make available to any private group one of the flagpoles at its city hall. The groups could schedule a time and then fly their banner for a short time.

That program was run without incident until Hal Shurtleff, whose organization is called Camp Constitution, requested to fly a Christian flag under the city’s program. Never before had city officials debated such a request, but this time, they refused to allow the banner to fly. 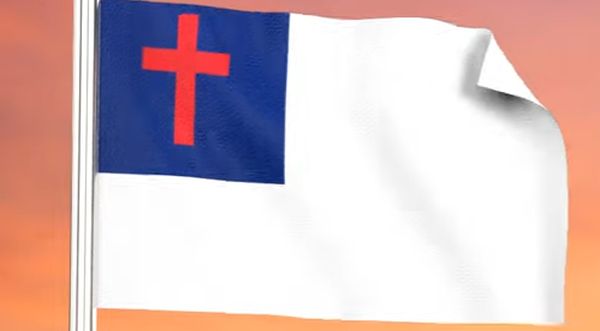 At that time arguments were heard, Elena Kagan, another of the court’s leftists, openly wondered, “Why is it that people have not been able to correct this mistake?”

At that time, analysts concluded that the full bench of the court appeared to be united “in favor of Harold Shurtleff.”

A report noted Boston officials had approved “284 straight applications,” of flags involving other nations, and multiple special interests, including references to other religions.

Those included the flags of the Pride flag and communist regimes such as China and Cuba.

Washington Examiner noted that Mat Staver, of Liberty Counsel, argued at the time for Camp Constitution that, “We must not give government the power to censor disfavored viewpoints in a public forum.”

The city, in fact, threatened previously that it would change its program to continue to exclude the Christian flag if the court ruled against its censorship.

Breyer withheld no criticism of the actual city hall in Boston, which he called “a raw concrete structure, an example of the brutalist style,” and pointed out that in one description it was named the “World’s Ugliest Building.”

Yet it is part of a plaza that includes three 93-foot flagpoles that is a public forum.

“Boston flies the American flag from the first pole (along with a banner honoring prisoners of war and soldiers missing in action). From the second, it flies the flag of the Commonwealth of Massachusetts. And from the third, it usually (but not always) flies Boston’s flag – a sketch of the ‘City on a Hill’ encircled by a ring against a blue backdrop.”

But the city also makes that flagpole “available to the public.”

And Breyer noted the city itself admitted the plaza is a “public forum.”

Lower courts mistakenly had ruled that flying a Christian flag where dozens of other private interests had flown their flags with their own private messages would somehow make the Christian flag – and not the others – “government speech,” which would allow the city to censor it.

The opinion said the Constitution allows a government to pick and choose its own messages but here, the government invited the people to participate.

The result is that dozens of times a year “Boston allowed private groups to raise their own flags.”

“These other flags were raised in connection with ceremonies at the flagpoles’ base and remained aloft during the events,” the opinion explained, so that observers would not necessarily associate a flag’s message with Boston.

The city also told the public it wanted “to accommodate all applicants,” and it apparently did so until the Christian flag was requested.

“All told, while the historical practice of flag flying at government buildings favors Boston, the city’s lack of meaningful involvement in the selection of flags or the crafting of their messages leads us to classify the flag raisings as private, not government, speech,” he wrote.

His opinion did include a warning, that “nothing prevents Boston from changing its policies going forward.”

But he also pointedly explained, “When a government does not speak for itself, it may not exclude speech based on ‘religious viewpoint’; doing so ‘constitutes impermissible viewpoint discrimination.’”

Among multiple concurring opinions, Justice Brett Kavanaugh explained, “This dispute arose only because of a government official’s mistaken understanding of the Establishment Clause. A Boston official believed that the city would violate the Establishment Clause if it allowed a religious flag to briefly fly outside of city hall as part of the flag-raising program that the city had opened to the public.”

Justice Neil Gorsuch pointed out that the decision was unanimous, and explained the city got it “so wrong” because the city chose to follow a now-abandoned Supreme Court precedent, in Lemon, which previously set a standard for government speech.

“Boston sought to drag Lemon once more from its grace. It was a strategy as risky as it was unsound. Lemon ignored the original meaning of the Establishment Clause, it disregarded mountains of precedent, and it substituted a serious constitutional inquiry with a guessing game. This court long ago interred Lemon, and it is past time for local officials and lower courts to let it lie.”

Liberty Counsel argued on behalf of Shurtleff that the flagpole became a public forum, and the Christian flag no longer could be censored, when the city opened up the facility to “all applicants.”

The organization confirmed the city denied the request “solely because of the word ‘Christian’ on the application.”

Boston’s antipathy toward the Christian flag is not the first time a lower government has been called out recently by the high court for an anti-religious agenda. Just a few years back, the court publicly scolded Colorado for its “hostility” to Christianity in its attempt to force a Christian baker to violate his faith and promote same-sex weddings.

In that case, involving Masterpiece Cakeshop and baker Jack Phillips, the state even had attempted to force him into a reindoctrination training program because he declined to promoted same-sex weddings with his artistry.