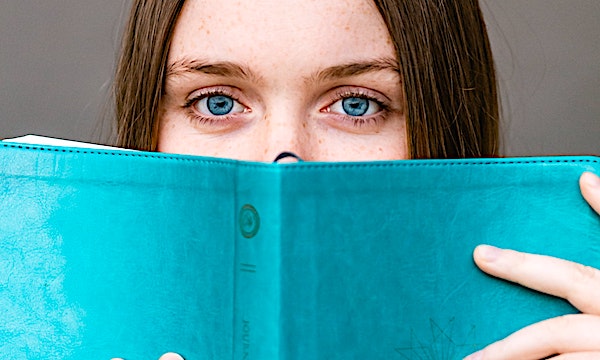 The U.S. Supreme Court on Tuesday ruled the state of Maine cannot discriminate against religious schools by excluding them from a state program that lets parents use vouchers to pay tuition for their children.

The ruling echoes a similar ruling from just a few years ago involving religious schools in Montana.

In the Maine case, a family argued that by excluding religious schools from the voucher program, the state was actively discriminating against religion.

Michael Bindas, an attorney for the nonprofit legal group Institute for Justice, argued the case on behalf of the plaintiffs.

“Regardless of how the benefit and restriction are described, the program operates to identify and exclude otherwise eligible schools on the basis of their religious exercise.”

Christopher Taub, the chief deputy attorney general for Maine, had claimed that the state shouldn’t be funding anything that instills religious beliefs, and that providing money for secular private schools does not do that, but that money going to religious schools does.

The state of Maine provides such vouchers to families of students who live where is no local public school to attend – but insisted that the vouchers not be used at religious or “sectarian” schools.

Roberts, during oral arguments, wondered openly about the state’s demands.

“You’re discriminating among religions based on their beliefs,” he said.

“So it is the beliefs of the two religions that determines whether or not the schools are going to get the funds,” Roberts said. “And we have said that is the most basic violation of the First Amendment religion clauses for the government to draw distinctions between religions based on their doctrine.”

Daniel Suhr, managing attorney at the Liberty Justice Center, said the ruling “again recognizes the importance of allowing parents to choose the best educational opportunities for their children and ends archaic religious discrimination.

“The U.S. Supreme Court has repeatedly rejected efforts to block the schoolhouse door for low-income families, and this victory builds on incredible momentum in favor of expanding school choice across the country,” he said.

Kelly Shackelford, president of First Liberty Institute, said, “We are thrilled that the Court affirmed once again that religious discrimination will not be tolerated in this country. Parents in Maine, and all over the country, can now choose the best education for their kids without fearing retribution from the government. This is a great day for religious liberty in America.”

The case developed following the Espinoza case decision, from Montana, in 2020.

That was when the IJ won the argument over a program that barred families from participating in that state’s generally available student-aid program if they went to a religiously affiliated school.

In that decision, the court held that discrimination based on the religious status or identity of a school violates the Free Exercise Clause of the U.S. Constitution.

Despite that clear direction, in October 2020, the 1st U.S. Circuit Court of Appeals upheld a religious exclusion in Maine’s tuition assistance program for high school students.

In Maine, if a school district does not maintain its own public school or contract with a school to educate its students, it must pay for students to attend the school of their parents’ choice – whether public or private, in-state or out-of-state. Parents, however, may not select a school that Maine deems “sectarian,” which the state defines as a school that provides religious instruction, the IJ explained.

The trio of liberal justices, Stephen Breyer, Elena Kagan and Sonja Sotomayor, said they would have allowed the state to continue discriminating against religious schools. They insisted that it is “absolute” that there can be “no weekly religious teachings,” “no Bible readings,” “no religiously tailored curriculum,” “no period of silence for meditation or prayer,” “no prayers” in schools that are funded by public funds. They insisted that states are free to discriminate against religious schools if they choose.

But the majority opinion pointed out that state lawmakers in Maine knew of the high court’s earlier ruling against discriminating based on religion, and considered a bill to repeal their state’s requirement, but “rejected it.”

The opinion itself cited the Montana decision:

“There, as here, we considered a state benefit program under which public funds flowed to support tuition payments at private schools. And there, as here, that program specifically carved out private religious schools from those eligible to receive such funds. While the wording of the Montana and Maine provisions is different, their effect is the same: to ‘disqualify some private schools’ from funding ‘solely because they are religious,’” the opinion said.

“When the government offers parents school choice, it can’t take away choices that are deemed ‘too religious’ or withhold funds from those who choose religious schools when the state offers those funds to everybody else,” said John Bursch, of the ADF.

“Today’s decision from the Supreme Court affirms our country’s abiding principle of religious liberty and, importantly, allows Maine parents the freedom to send their children to schools that align with their beliefs.”

The opinion said the state is not required to fund religious education, but once a state decides to offer generally available tuition programs, discriminating against such schools isn’t allowed.