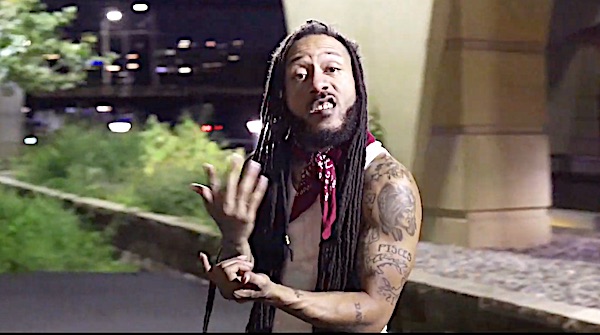 A man suspected of, and charged with, driving his vehicle through a Christmas parade in Waukesha, Wisconsin, scattering dead and dying people in the street, now says he’s feeling “demonized.”

Darrell Brooks Jr., 39, has been held in custody on $5 million bond since shortly after the shocking attack on parade-goers and parade participants on Nov. 21. The six people who died ranged in age from 8 to 81.

A report posted at MSN.com reveals he told Fox News Digital, “I just feel like I’m being [made out to be a] monster – demonized” and “dehumanized.”

In fact, one of his former girlfriends said what he is accused of was “a monstrous act – completely irredeemable.”

Kevin Costello, a Waukesha County Court commissioner, said, “I’ve not seen anything like this in my very long career” while setting the bail.

The comment from Brooks comes via two Fox News Digital reporters who interviewed him, describing him soft-spoken, calm and lucid.

The reports of the parade attack, however, differ.

Waukesha police Det. Tom Casey, on traffic control duty at the time, said he heard a horn honking and saw people jumping out of the way of a red Ford Escape.

Because the vehicle did not stop.

Court documents say then another officer tried to get the vehicle to stop, but the driver kept going.

“Officer Butryn observed the driver looking straight ahead, directly at him, and it appeared he had no emotion on his face,” the document explains.

When the driver swerved into the crowd, Butryn concluded, “At this point, it was clear … that this was an intentional act to strike and hurt as many people as possible.”

He couldn’t catch up, however, and saw it swerve back and forth, “striking multiple people, and bodies and objects were flying.”

One witness said, “As I continued to watch the SUV, it continued to drive in a zigzag motion. It was like the SUV was trying to avoid vehicles, not people. There was no attempt made by the vehicle to stop, much less slow down.”

Brooks was arrested a few minutes after the vehicle exited the parade route.

His mother released a statement that he’d had mental health issues while younger, but lately had not had insurance to cover treatment.