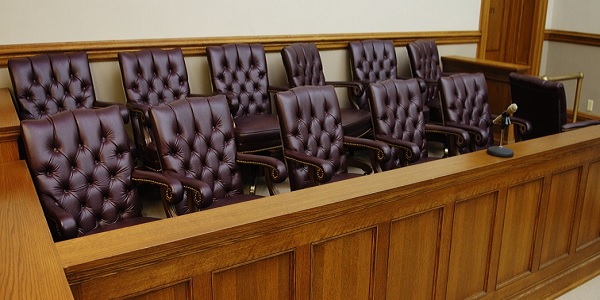 Jury nullification in America’s judicial system is the simple act of a jury deciding the outcome of a case based on what it wants, a decision that is not necessarily in alignment with the actual law.

It dates to the beginning of the nation, when in 1735 John Peter Zenger was on trial for seditious libel, at that time banning any statement against British rule, and he was acquitted.

Courts later condemned it, but it remains within the authority of jurors to decide – alone – the result of their jury room discussions.

And that’s what the acquittal of former Clinton campaign lawyer Michael Sussmann looks like, according to several experts.

Fox News interviewed former Acting Attorney General Matt Whitaker, who expressed concern about the Washington, D.C., jury’s acquittal of Sussmann on a charge of lying to the FBI.

The prosecutors presented testimony from the FBI that Sussmann told officials he was bringing to them damaging statements about President Trump, information that later was completely debunked, on his own behalf.

Prosecutors also presented evidence that that presentation camewhile he was in the pay of the Clinton campaign.

The not guilty verdict from the jury brought these comments from Whitaker: “Four percent of Washington, D.C., voted for Donald Trump. Obviously, this is going to be a pro-Democrat, pro-Clinton jury. My biggest concern is the jury foreman came out and really gave up what the jury was discussing, which is that they thought this case should have never been brought to their attention in the first place. And that’s a little concerning because this looks more like a jury nullification, where even though the evidence was overwhelming, even though they, the government, proved their case, that the jury just decided that this wasn’t a case worth pursuing.

“So this case, to me, factually and legally was a slam dunk case. But as I had said earlier, leading up to this jury verdict, this jury was going to be very difficult for Durham and his team to get a conviction,” he explained.

It was constitutional expert and George Washington University professor Jonathan Turley who also cited the statements from a juror.

“The acquittal of Clinton campaign lawyer Michael Sussmann has been the subject of furious debate among politicians and pundits. Some have argued that the case collapsed from lack of evidence while others have alleged that prosecutors faced as biased judge and jury. For his part, Sussmann claimed that the jury found that ‘I told the truth.’ The truth is more complex and few would assume that the verdict was based on Sussmann’s veracity,” he explained.

“However, a statement from a juror immediately after the verdict fueled speculation of the impact of juror bias. According to the Washington Times’ Jeff Mordock, the juror reportedly said ‘I don’t think it should have been prosecuted. There are bigger things that affect the nation than a possible lie to the FBI.’ If that statement had been made during voir dire, it is likely that the juror would have been challenged.”

He explained that the bias against the prosecution in the case was evident from the beginning.

“Few would honestly question that trying a Clinton campaign lawyer in a city that voted over 90 percent for Clinton was not an advantage for the defense. The same is true for some cases tried in conservative areas. In this case, prosecutors challenged some jurors but were overruled by Judge Christopher Cooper. I believe that the court was wrong on a couple of those rulings. In the end, the prosecution was faced with a jury that contained three Clinton donors, an AOC donor, and a woman whose daughter played on the same team as Sussmann’s daughter,” he said.

Then, he said, Cooper “hit” prosecutors with “adverse” rulings that limited their evidence.

He concluded, “There was overwhelming evidence, in my view, that Sussmann lied to conceal his work with the Clinton campaign. Yet, the defense did a good job in attacking elements like materiality in how the allegedly false statement impacted the FBI.”

He said the end result is an absence of “proof” of “actual juror nullification.”

“While the evidence of lying seems overwhelming to some of us, there were interstitial questions on how the lying impacted the investigation. Yet, I believe that the court undermined the prosecution in a number of its rulings,” he said.

What was revealed in the trial was that former Clinton campaign manager Robby Mook confirmed Hillary Clinton “agreed with the decision” to feed claims created by Democrats of a Trump connection to Russia, which didn’t exist, to the FBI.

Special Counsel John Durham’s indictment of Sussmann, in fact, explained the evidence against the Clinton lawyer reveals “a scandal much deeper than merely Sussmann’s role in a second Russian hoax — a scandal that entangles the Clinton campaign, multiple internet companies, two federally-funded university researchers, and a complicit media.”

The dossier, fueling the Trump-Russia probe, was used as evidence to obtain warrants to spy on the Trump campaign.