Taliban warns of 'consequences' if U.S. troops stay past August 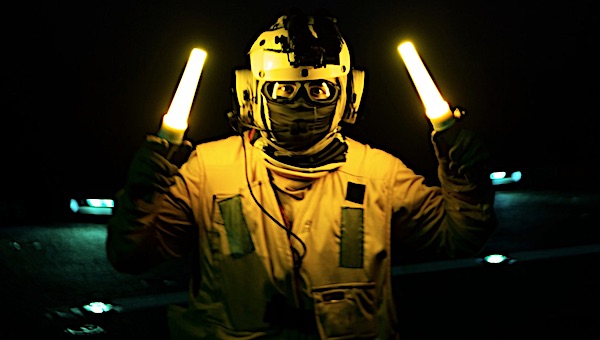 Amid the frantic effort to evacuate Americans and their allies from Afghanistan, a senior Taliban spokesman warned Monday that the United States and its allies will face “consequences” if they try to extend the Aug. 31 deadline for Western forces to leave the country.

The Taliban’s Suhail Shaheen told Britian’s Sky News that if the U.S. or U.K. “were to seek additional time to continue evacuations, the answer is no — or there would be consequences.”

“It will create mistrust between us,” the senior spokesman said. “If they are intent on continuing the occupation it will provoke a reaction.”

The sources, however, said no Western government or official had approached the Taliban to extend the deadline.

French foreign minister Jean-Yves Le Drian said Monday that France is “concerned about the deadline set by the United States on August 31.”

“Additional time is needed to complete ongoing operations,” he said.

The Taliban, which took over the capital, Kabul, last week, now has control of most of Afghanistan, with the exception of a small portion of north-central Panjsher province.

Shaheen declared the Aug. 31 withdrawal deadline is a “red line.”

“President Biden announced that on 31 August they would withdraw all their military forces. So if they extend it that means they are extending occupation while there is no need for that,” Shaheen said.

Secretary of State Antony Blinken, in an interview Sunday with CBS News’ “Face the Nation,” did not deny that the U.S. must ask the Taliban for permission to evacuate Americans.

“Someone in our audience might listen to you, Mr. Secretary, and say, ‘Oh, so we have to ask the Taliban for permission for American citizens to leave.’ True or not true?’ asked guest-host Major Garrett.

“They are in control of Kabul. That is the reality,” Blinken replied.

Meanwhile, Afghan staff at the U.S. Embassy in Kabul are “deeply disheartened” by the withdrawal, with some saying “it would be better to die under the Taliban’s bullet” than to attempt to flee, according to a diplomatic cable reported by NBC News.

No need to fear

Shaheen said there’s no need for Western troops to remain to support evacuations, insisting the Taliban will not attack collaborators or foreign civilians.

The thousands attempting to flee are not “worried or scared,” Shaheen said.

“[T]hat is a kind of economic migration because Afghanistan is a poor country and 70% of the people of Afghanistan live under the line of poverty so everyone wants to resettle in Western countries to have a prosperous life,” he said. “It is not about [being] scared.”

He dismissed the video and eyewitness evidence of Taliban attacks and threats as “fake news.”

And he said there is no reason to be concerned about the oppression of women, as “women are required to have the same rights as you have in your country (the U.K.) but with a hijab.”

About 2,500 troops were in Afghanistan at the end of the Trump administration, and Biden sent another 6,000 there after the Taliban takeover to assist in the evacuation.

Last week, ABC News’ George Stefanopoulos asked Biden if he was “committed to making sure that the troops stay until every American who wants to be out is out.”

Biden say yes, adding that the “commitment holds to get everyone out that, in fact, we can get out and everyone that should come out,” including Afghans who assisted the U.S. government.

“That’s what we’re doing now. That’s the path we’re on,” the president said. “And I think we’ll get there.”

Asked if American’s should expect to see U.S. soldiers in Afghanistan beyond the Aug. 31 withdrawal date, Biden said no.