Ted Cruz to Dems, media: There are 'kids in cages' right now 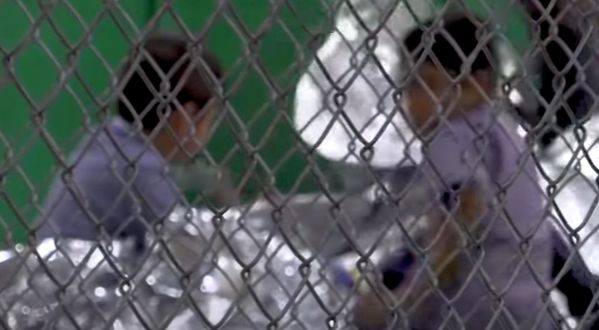 Spotlighting the multidimensional crisis at the southern border, Sen. Ted Cruz, R-Texas, reminded his Democratic colleagues and the media of their accusation that President Trump was putting kids in “cages.”

“To every reporter here, if you wrote a story … and said ‘kids in cages,’ ‘kids in cages’ … I’m going to ask you to find a tiny bit of journalistic integrity and remember there are kids in cages right now – except the cages are bigger, and there are more kids,” he said at a news conference in Washington on Wednesday with several Republican colleagues.

Cruz noted he went to the “cages” at the border when Barack Obama was president as well as Donald Trump and Joe Biden.

“Not a single one of the Democrats who gave speeches about kids in cages gives a flip about the little boys and little girls packed in on top of each other,” he said, adding that many of them have tested positive for COVID-19.

All of this, he said, was caused by three decisions by President Biden: the halting of the building of the border wall, reinstating the “failed policy of catch and release” and ending “the incredibly successful remain in Mexico policy.”

“Those decisions produced that crisis,” Cruz said. “And the Democrats are desperately counting on the media not to report it.”

Cruz charged that President Biden and Vice President Kamala Harris have demonstrated how little they care about the crisis by their absence.

When Michelle Obama invoked the “kids in cages” charge against Trump in her address at the Democratic National Convention in 2020, an Associated Press fact-check corrected her.

“They watch in horror as children are torn from their families and thrown into cages,” the former first lady declared, blaming Trump for the policy of temporarily separating children from parents who face charges of entering the country illegally by placing them in indoor facilities where they are protected by chainlink fences.

The AP reminded readers that it was under her husband’s administration that the “cages” were built.

“Michelle Obama assailed President Donald Trump on Monday for ripping migrant children from their parents and throwing them into cages, picking up on a frequent and distorted point made widely by Democrats,” the fact-checker said.

“She’s right that Trump’s now-suspended policy at the U.S.-Mexico border separated thousands of children from their families in ways that had not been done before. But what she did not say is that the very same ‘cages’ were built and used in her husband’s administration, for the same purpose of holding migrant kids temporarily.”

The AP pointed out the “cages” were “chain-link enclosures inside border facilities where migrants were temporarily housed, separated by sex and age.”

Further, the photos of “kids in cages” circulated online by Democrats were taken in 2014 under the Obama administration.

The AP said the photos had “generated great anger.”

The fact-checker noted that “prominent Democrats” to this day “have continued to cite cages for children as a distinctive cruelty of Trump.”

Exclusive: Kathy Barnette Refuses to Support GOP Nominee for Senate if It Is Not Her

Exclusive: Kathy Barnette Refuses to Support GOP Nominee for Senate if It Is Not Her