'The Terminators': Battle over birthing (and killing) kids has extra dimension 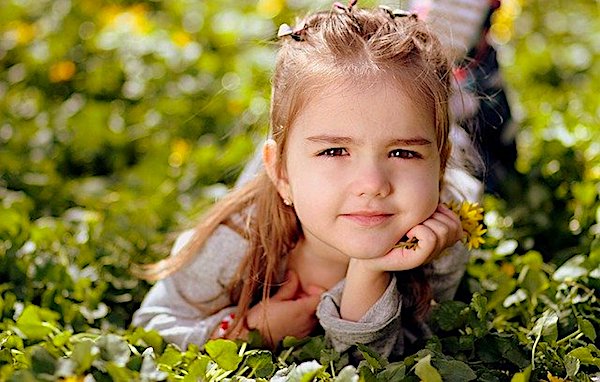 This week, America was stunned when a political and cultural bombshell exploded with news of a possible overturning of the Roe v. Wade Supreme Court decision that legalized abortion.

Many on the political right rejoiced to see a ray of hope that the legalized murder of unborn children could be brought to an end in some states, while those on the opposite side became enraged that the practice could be restricted or completely banned.

But is there something unseen that is driving the fierce passions on both sides of the debate? Something perhaps hidden in the ancient Scriptures?

An author who specializes in highlighting hidden content in the Bible is now revealing the answer.

“We all recognize the wondrous beauty of children being born into our physical world,” says Joe Kovacs, author of the new book “Reaching God Speed: Unlocking the Secret Broadcasting Revealing the Mystery of Everything.”

“But many may not realize that the entire process of giving birth is a divine analogy for something far more glorious.”

The author says “the events in the reproduction of human beings is real-life parable illustrating the spectacular end of our physical lives and the beginning of our eternal lives in the kingdom of God.”

He notes that Jesus taught exclusively using parables (Matthew 13:34) and that God is constantly “declaring the end from the beginning” (Isaiah 46:10), broadcasting the conclusion of the matter right from the start.

“Perhaps the best place to start is the famous declaration by Jesus that ‘unless one is born again, he cannot see the kingdom of God’ (John 3:3 NKJV).

“This hugely important statement lets everyone know we can experience more than a single birth. We all know that each of us was born out of a physical womb years ago. But there is actually a second birth for those who unite themselves to God so they can exit this spiritual womb in which we’re all being nourished at this moment.”

The author, known for his “Shocked by the Bible” series, says the Bible is filled with many verses describing the birth process and how God is preparing people for that second birth, including:

“Before I was born the LORD called me; from my mother’s womb he has spoken my name” (Isaiah 49:1 NIV).

“I chose you before I formed you in the womb; I set you apart before you were born” (Jeremiah 1:5 CSB).

Kovacs explains: “These verses are not merely talking about physical children being formed in a physical womb. They are also referring to our preparation in this spiritual womb we’re all in right now, this temporary existence we’re all very familiar with, being prepared to be born again into the real world of eternal life as the immortal children of God.”

Even in our physical world, notes Kovacs, when babies first emerge from the womb, the process is called “crowning.”

“The word ‘crowning‘ is used upon birth because God is forecasting the future, letting us know that those who are born again into everlasting life will be ‘crowned‘ with ‘glory and honor‘” (Psalm 8:5 NLT).

Scripture outright states: “You will receive a crown of never-ending glory and honor” (1 Peter 5:4 NLT).

“This is why the process of giving birth to children is so sublime. It’s declaring the glorious end to our story right from the start. Every time a child is born out of the womb into the physical world, it’s broadcasting our future as we’re born into His divine, royal family as the children of God who will live forever!”

Meanwhile, the author says, there is a dark side to this story that is looking to stop, or abort, this divine plan.

“The spirit of the times pushing for abortion today is not something new,” says Kovacs. “There are many examples in Scripture depicting unspeakable gruesomeness against children, inspired by the dark power known as the devil.”

“They sacrificed their sons and their daughters unto devils” (Psalm 106:37 KJV).

“… they burn their sons as sacrifices to Baal. I have never commanded such a horrible deed; it never even crossed my mind to command such a thing!” (Jeremiah 19:5 NLT)

“Just as people celebrate today when abortion rights are expanded, even to the point of killing children after they’re born alive, the same events took place in ancient times as people would burn their babies alive in scorching fires to the devil.

“People would actually blow horns and pound on drums as part of these horror shows, to drown out the cries of the dying children. They called the object of their vile worship ‘Baal,’ which means ‘lord,’ as the devil is the lord of all who engage in such wickedness.

“We should never forget what Jesus said of people who do evil: ‘For you are the children of your father the devil, and you love to do the evil things he does. He was a murderer from the beginning’” (John 8:44 NLT).

“Now it should be more than clear why abortion supporters get so vicious whenever their ability to terminate children somehow becomes impeded. Even if they’re personally unaware of it, they are influenced by the same evil spirit who was a murderer from the beginning, looking to make sure people never become eternal children of God, by aborting the process. They are literally ‘the Terminators.’

“Remember, it’s not just about babies. This goes far beyond the slaying of physical children. Because we as adults are the potential, immortal children of God, the devil is using incredible deception to get everyone to rebel against their Creator. So when we break God’s instructions on how to inherit eternal life, we’re actually aborting ourselves, terminating our eternal-life development so we never exit this spiritual womb and become born again.

“The analogy is clear: the development of life in our mother’s womb leading to physical birth is a metaphor for our development in this spiritual womb of this temporary age where we develop our character until our ultimate birth into the immortal kingdom of God. If anything aborts that process, terminating our development, the end result is death.

(Note: ‘Reaching God Speed’ is now an audiobook! Also, due to extraordinary demand, Amazon has temporarily sold out of hardcover editions of this book, but paperbacks are still available. The publisher is reprinting hardcovers at this time. Meanwhile, hardcover versions may still be available through other booksellers, including Barnes & Noble, Books-A-Million, and ConservativeReaders.)