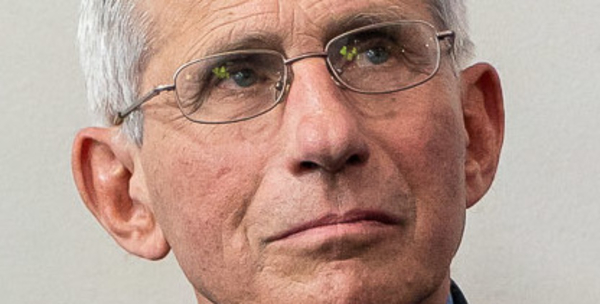 Dr. Anthony Fauci’s credibility “is entirely shot” in the wake of newly released emails showing his true views on the effectiveness of masks against the novel coronavirus, charged a Stanford epidemiologist.

Dr. Jay Bhattacharya, a professor of medicine, said in an interview with Fox News’ Laura Ingraham that Fauci has been “all over the place on masks.”

In emails released last week through Freedom of Information Act requests, Fauci acknowledged the novel coronavirus had been aerosolized.

That means, Bhattacharya said, that the cloth masks that he and the Centers for Disease Control have been recommending are “not particularly effective.”

“I really don’t understand his back and forth and his answer made absolutely no sense,” he he told Ingraham on Friday night.

“The typical mask you buy in the drug store is not really effective in keeping out virus, which is small enough to pass through the material,” he said, “It might, however, provide some slight benefit in keeping out gross droplets if someone coughs or sneezes on you.”

The bottom line: “I do not recommend that you wear a mask, particularly since you are going to a very low risk location.”

That was precisely what Fauci said in a March 2020 interview with “60 Minutes.”

Fauci said that in general, “people should not be walking around with masks.”

“Right now in the United States, people should not be walking around with masks.

“You’re sure of it? Because people are listening really closely to this,” he was asked.

“There’s no reason to be walking around with a mask. When you’re in the middle of an outbreak, wearing a mask might make people feel a little bit better and it might even block a droplet, but it’s not providing the perfect protection that people think that it is. And, often, there are unintended consequences – people keep fiddling with the mask and they keep touching their face.”

Later, when Fauci urged everyone to wear a mask, he defended his “60 Minutes” statement by insisting his intent was to ensure there were enough masks for frontline workers.

And he said “the science” had changed.

“If we knew then that a substantial amount of transmission was asymptomatic people, if we knew then that the data show that masks outside of a hospital setting actually do work when we didn’t know it then, of course people would have done it, that’s so obvious,” he said on CNN.

But Bhattacharya insisted the facts have not change “a ton.”

“Yes you should change your mind when the science changes,” he said.

But “what is that science that changed that convinced him that masks are the most effective way?”

The Stanford professor noted that then-CDC Director Robert Redfield “said masks were more effective than vaccines and Dr. Fauci did not contradict him when Dr. Scott Atlas said that was nonsense, which it was.”

“I think his credibility is entirely shot,” Bhattacharya said of Fauci.

Atlas, a Stanford medical researcher who served briefly as a coronavirus adviser for President Trump, explained in an interview in March 2021 why widespread use of masks is ineffective as a public policy.

Last November, as WND reported, the first large, randomized controlled trial of its kind showed no statistically significant difference in COVID-19 cases between people who wore masks and those who did not.

In October, an analysis of a dozen graphs charting the number of COVID-19 cases in countries and U.S. states confirmed the conclusions of recent studies that mask mandates had no effect on the spread of the disease.

A study by the Centers for Disease Control in October indicated that Americans were adhering to mask mandates, but they didn’t appear to have slowed or stopped the spread of the coronavirus. And further, it found, mask-wearing has negative effects.

A change in ‘the consensus’

The Association of American Physicians and Surgeons has compiled a page of “Mask Facts” that explains the basic science behind mask-wearing and summarizes a variety of studies.

It shows that the consensus prior to the coronavirus pandemic was that the effectiveness of mask-wearing by the general public in slowing the spread of a virus is unproven, and there’s evidence it does more harm than good.

On April 6, 2020, the World Health Organization said the “wide use of masks by healthy people in the community setting is not supported by current evidence and carries uncertainties and critical risks.” Just two months, later, however, as the pandemic surged, the WHO changed its stance without providing any evidence with randomized controlled trials.

On March 5, the Centers for Disease Control said masks “are usually not recommended in “non-health care settings.”

But on Aug. 7, the CDC said it “recommends that people wear masks in public settings and when around people who don’t live in your household, especially when other social distancing measures are difficult to maintain.”

At a Senate hearing in March, Republican Sen. Rand Paul, a practicing physician, confronted Fauci for his insistence that people who have been vaccinated must continue to wear a mask.

Paul asked Fauci what scientific studies he could cite that indicated people who have had the infection or a vaccine will spread the coronavirus?

“If we’re not spreading the infection, isn’t it just theater? You’ve had the vaccine and you wearing two masks, isn’t that just theater?” the Kentucky senator asked.

“No. Here we go again with the theater. Let’s get down to the facts,” Fauci said.

Fauci argued that there are variants of the virus that, according to a South Africa study, could infect people who previously had been infected by the “wild” coronavirus.

Paul shot back: “What proof is there that there are significant reinfections with hospitalizations and deaths from the variants? None in our country. Zero.”

Fauci argued it’s because “we don’t have a prevelent of a variant yet.”

“It isn’t based on conjecture,” Fauci replied.

“You’ve been vaccinated and you parade around in two masks for show,” Paul said. “You can’t get it again.

There’s virtually no chance you’re going to get it, and you’re telling people that have had the vaccine who have immunity — you’re defying everything we know about immunity by telling people to wear masks who have been vaccinated.”

At a Senate hearing in June 2020, Paul chastised Fauci for equivocating on the issue of sending children back to school when the science already was clear that COVID-19 has little impact on children.

In November, three months into the school year, Fauci essentially admitted that Paul was right.

“If you look at the data, the spread among children and from children is not very big at all, not like one would have suspected,” Fauci told ABC’s “This Week.” “So let’s try to get the kids back and try to mitigate the things that maintain and push the kind of community spread we are trying to avoid.”

After the interview, as WND reported, Paul called on Fauci to apologize to every school child in America and their parents for not pressing for schools to reopen long before the fall term.

Paul said in a Fox News interview Dec. 1 that the error, leading to many schools across the nation canceling in-person teaching, illustrates the problem with basing public policy on one person or on Washington.

“When one person is so wrong, as Dr. Fauci has been, it has grave effects for millions of school children,” he said.

“The evidence has been clear for six months — evidence from entire countries in Europe and in Asia — that schools do not lead to a surge, that kids are poor transmitters of this,” the senator continued.

“Country-wide studies were showing this six months ago, and he wouldn’t listen,” said Paul of the White House coronavirus adviser. “I tried to convince him of this. And now he sort of flippantly says, Oh, we’re going to let kids go to school, we’re just going to close the bars.