Haiti’s top prosecutor called for the country’s prime minister to be charged in connection with the assassination of former President Jovenel Moise, Reuters reported on Tuesday.

Prosecutor Bed-Ford Claude cited phone records between Prime Minister Ariel Henry and a former justice ministry official who became a key suspect in the case and fled Haiti, according to Reuters. Moise was assassinated by mercenaries at a private residence on July 8.

Haiti’s Migration Services should prevent Henry “from leaving the national territory by air, sea or road due to serious presumption relative to the assassination of the president,” Claude said in a letter to the agency, Reuters reported.

Henry’s office did not comment on the proposed charges and dismissed them as a political show last week, according to Reuters. Claude asked to meet with Henry in order to discuss the calls with the former ministry official, but added that his powers were limited and require presidential approval.

Haiti’s Office of Citizen Protection called for Henry’s resignation on Saturday, Reuters reported. He said that “no distraction, invitation, summons, maneuver, menace or rearguard action” could stop him from working. (RELATED: President Of Haiti Assassinated In Attack At Home, Official Says)

Henry said Haiti’s political parties agreed to instate a transitional government until a presidential election is held, according to Reuters. The acting officials will draft a new constitution, though the former president was criticized for trying to implement a dictatorship.

The post Top Prosecutor Calls For Haitian Prime Minister To Be Charged In Presidential Assassination Case was first published by the Daily Caller News Foundation, which makes its content available without charge to any eligible news publisher that can provide a large audience. Please support their efforts. 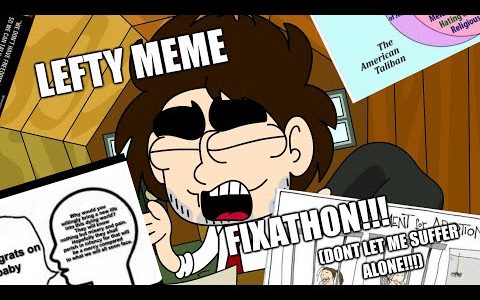 i try to fix (more) left wing memes (suffer with me)