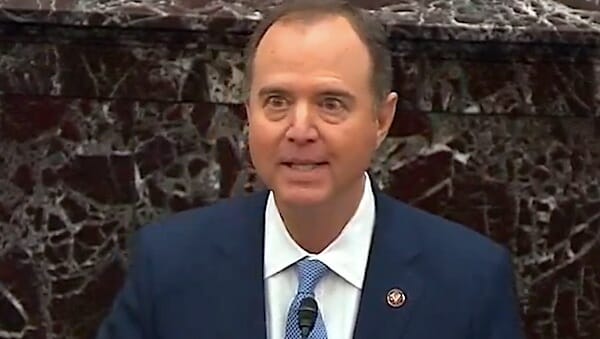 The Trump administration referred a record number of classified leaks for criminal investigation, mostly pertaining to the debunked claim that the Trump campaign colluded with Russia to win the 2016 election.

The Intercept reports at least 334 cases of leaks of classified information were referred, according to a Justice Department document obtained through a Freedom of Information Act case.

“While leak investigations had already been on the rise under the Obama administration, which prosecuted more than twice as many leakers under the World War I-era Espionage Act as all previous administrations combined, that number still rose sharply under the Trump administration,” the report said.

“Very few referrals typically end up identifying suspects, much less going to trial. Instead, the leak crackdown is meant to instill a climate of fear around talking to the press,” the report explained.

“In its leak indictments, the Justice Department has stressed how it hopes to ‘deter’ further leaks, as it did in its 2019 indictment of military intelligence analyst Henry Kyle Frese, accused of leaking classified information to two reporters,” the report said.

“Most leaks prosecuted by the Trump administration have pertained to the Russia investigation.”

The response to the FOIA lists the number of referrals but no other information.

The Intercept pointed out that Trump made no secret of his disdain for leaker, and the report noted leaks to the media were abundant during the Trump years.

Trump referred to the “whistleblower” who complained about his telephone call with Ukrainian President Volodymyr Zelensky as “close to a spy.” The complaint provided the grounds for House Speaker Nancy Pelosi’s first of two failed attempts to remove Trump from office.

“The FBI under Trump, in fact, even established a special unit in its Counterintelligence Division for investigating leaks,” earlier documents revealed, the report said.

The Intercept noted that the current FBI declined to comment on whether or not that unit had been closed down.

“Ironically, in another conversation the president had earlier that summer, Trump disclosed classified information about a military operation against the Islamic State to Russia’s foreign minister and the Russian ambassador to the U.S. When this was later reported, after the White House initially denied it, Trump admitted to it, saying that it was ‘absolutely right’ to do so, before calling on the FBI director — on the same day — ‘to find the LEAKERS in the intelligence community,’” The Intercept said.

But the number of people prosecuted for leaking information under Trump was “about the same as the Obama years, totaling eight,” the report said.