Tucker Carlson: We've confirmed NSA is spying on us! 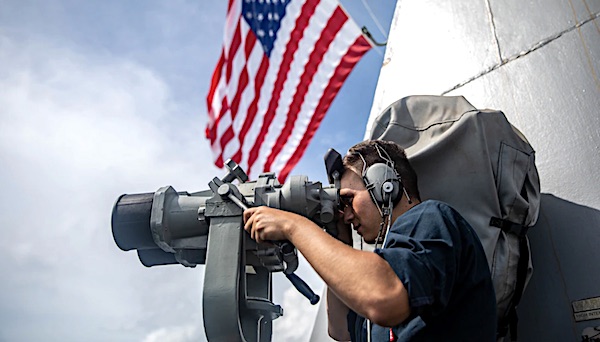 Fox News anchor Tucker Carlson, host of the most-watched cable news show in the United States as of just weeks ago, confirmed Monday to his audience that the National Security Agency of the Biden administration has been spying on him electronically.

That, he explained, is a crime under federal law.

He charged that it appears to be an attempt to gather some sort of information that could be used to take his show off the air.

Tucker, long a critic of the Biden administration, said, “We heard from a whistleblower within the U.S. government who reached out to warn us that the NSA, the National Security Agency, is monitoring our electronic communications and is planning to leak them in an attempt to take the show off the air.

“Now that’s a shocking claim and ordinarily we’d be skeptical of it. It is illegal for the NSA to spy on American citizens. It’s a crime. It’s not a third world country. Things like that should not happen in America, but unfortunately they do happen. And in this case they did happen,” Carlson confirmed.

He explained the whistleblower, who he described as being “in a position to know,” “repeated back to us information about a story that we are working on that could have only come directly from my texts and emails.”

“There was no other possible source for that information, period,” he explained,

He revealed his network filed a Freedom of Information Act request for details of the Biden administration’s spying program, and contacted the NSA and FBI directly, trying to get the details.

“The NSA captured that information without our knowledge and did it for political reasons. The Biden administration is spying on us. We have confirmed that this morning,” he said, adding a warning that others undoubtedly are in the crosshairs, too.