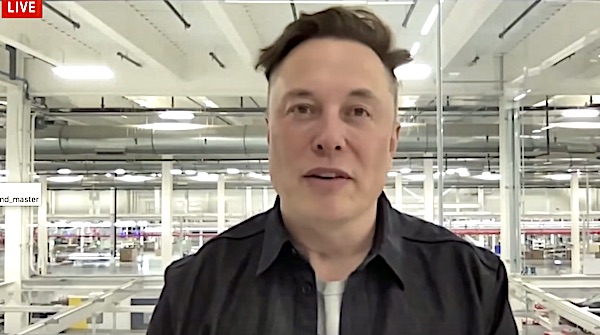 A Twitter executive who speaks for the company at some events admits the company does not believe in giving people “free speech” and he blasted billionaire Elon Musk, the proposed purchaser of the company in a $44 billion deal, as a “loony toon.”

It is Project Veritas that has published the second installment of a series of reports on Twitter, and it now is Lead Client Partner Alex Martinez, who “sometimes speaks on behalf of the company at events,” who also is conceding the company’s “ideology” it making it less “profitable.”

Now Martinez blasts the idea of free speech, which has been advocated by Musk.

“The rest of us who have been here believe in something that’s good for the planet and not just to give people free speech,” he said. “People don’t know how to make a rational decision if you don’t put out – correct things that are supposed to be out in the public, right?”

He explained the goal of the company isn’t to be profitable but to be ideological.

He confirmed, “Right now, we don’t make profit. So, I’m going to say ideology, which is what led us into not being profitable.”

He also attacked Musk for being “special.”

Project Veritas explained a year ago when Musk was hosting “Saturday Night Live” he revealed he was the first person to host the show with Asperger’s.

He also admitted that the company had sent an internal company memo concerning the first video in Project Veritas’ series.

“It’s [Project Veritas] like some group that’s just trying to out the employees. Like, they’re trying to go on dates with them, like this, and record them.”

“Twitter does not believe in free speech,” he confirms.

Musk does, he confirmed, but his colleagues “hate it.”

He explained how that works for him, “I basically went to work like four hours a week last quarter, and it’s just how it works in our company.”

He said the planned purchase has Twitter employees “stress-eating” and “worried for our jobs. … Our jobs are at stake.”

Project Veritas explained, “Back in March, Musk said he was a ‘free speech absolutist’ and clarified his comments further adding, ‘By free speech, I simply mean that which matches the law. I am against censorship that goes far beyond the law. If people want less free speech, they will ask government to pass laws to that effect. Therefore, going beyond the law is contrary to the will of the people.’”

James O’Keefe established the Project Veritas project in 2010 as a non-profit journalism venture to report undercover. It now targets “corruption, dishonesty, self-dealing, waste, fraud, and other misconduct in both public and private institutions to achieve a more ethical and transparent society.”

It engages in litigation to address First Amendment issues.
Content created by the WND News Center is available for re-publication without charge to any eligible news publisher that can provide a large audience. For licensing opportunities of our original content, please contact licensing@wndnewscenter.org.

ROBICHAUX: Independence Day: Our Past, Present And Future