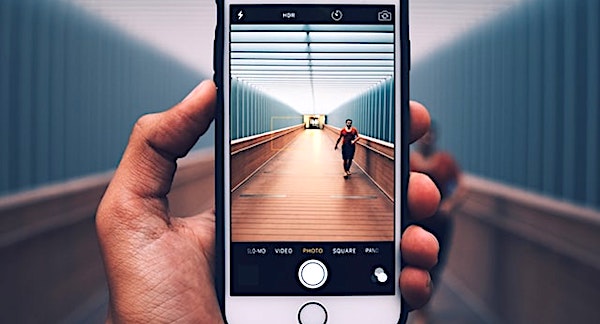 Citing the “very serious constitutional questions” involved, U.S. Sen. Ron Johnson, R-Wis., has launched an investigation into the CDC’s actions in tracking the cell phones of millions of Americans.

Johnson has written to Rochelle Walensky, director of the national Centers for Disease Control, warning, “It remains unclear why the CDC tracked millions of Americans during the pandemic and whether it continues to do so. In response to COVID-19, the CDC should have been prioritizing the development of treatments, effective testing, and vaccine safety rather than tracking Americans’ daily lives.”

Johnson said, in a report by John Solomon at Just the News, “Just because data exists, doesn’t mean that the government should be using it to track Americans, I would think that that really raises some very serious constitutional issues.”

He is demanding information from the federal government agency on the purchase and use of location data, and whether the CDC has used other ways to spy on Americans.

WND reported last week that the CDC had been revealed to have purchased the location data for tens of millions of Americans’ cell phones to analyze “compliance” with COVID lockdowns, targeting people visiting schools and churches.

And then it moved quickly to buy more data, for “general CDC purposes,” explained the recent report assembled from information obtained by Motherboard and published at Vice.

Writer Joseph Cox explained there, “Newly released documents showed the CDC planned to use phone location data to monitor schools and churches, and wanted to use the data for many non-COVID-19 purposes too.”

Explained the report, “Location data is information on a device’s location sourced from the phone, which can then show where a person lives, works, and where they went. The sort of data the CDC bought was aggregated—meaning it was designed to follow trends that emerge from the movements of groups of people—but researchers have repeatedly raised concerns with how location data can be deanonymized and used to track specific people.”

The documents show a strategy by the CDC to obtain location details from SafeGraph, and paying the company $420,000 for access to a year’s worth of data on, among others, Peter Thiel.

The company has been embroiled in controversy and Google has banned it from the Play Store, the report said.

The CDC claimed the information was important “for ongoing response efforts, such as hourly monitoring of activity in curfew zones or detailed counts of visits to participating pharmacies for vaccine monitoring.”

“The CDC seems to have purposefully created an open-ended list of use cases, which included monitoring curfews, neighbor to neighbor visits, visits to churches, schools and pharmacies, and also a variety of analysis with this data specifically focused on ‘violence,’” explained Zach Edwards, a cybersecurity researcher, in the report.

Motherboard reported getting the documents through a Freedom of Information Act procedure.

They reveal the CDC’s description of different “potential” uses of the data to include tracking patterns of those visiting K-12 schools, examining the mobility patterns amid the rise in COVID-19 cases, and examining the “effectiveness of public policy on Navajo Nation.”

The report said during the pandemic, cell phone location data was viewed as a “tool,” and even groups like the New York Times used it to show where people were traveling as lockdowns started to lift.