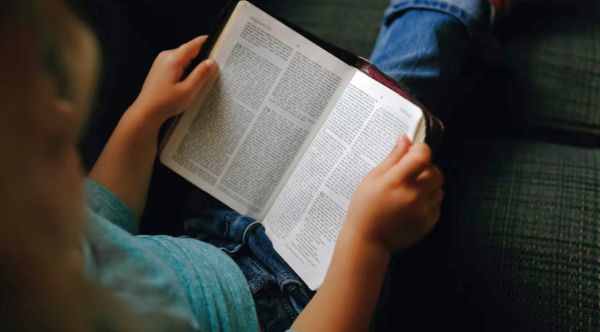 A university that prevented a Christian student from sharing his faith with others by imposing speech restrictions – and got sued – has ended the case after five years by agreeing to pay damages and legal fees.

Officials with the ADF explained they and officials for Georgia Gwinnett College filed for a dismissal of the case that was on behalf of former students Chike Uzuegbunam and Joseph Bradford.

The case began some five years ago when college officials stopped Uzuegbunam from sharing their faith on campus.

The settlement, in which the college is paying “nominal damages” plus legal fees of more than $800,000, came about after a federal court said government officials could not escape the Supreme Court’s decision in the case, Uzuegbunam v. Preczewski, which found they can be held accountable for violating constitutionally protected freedoms.

That decision allowed the lawsuit by the former students against the school to move forward.

“Choosing instead to settle Uzuegbunam’s and Bradford’s claims, Georgia Gwinnett College will pay nominal damages and attorneys’ fees totaling more than $800,000. The college has already changed the unconstitutional policies that violated the former students’ freedoms,” the ADF explained.

“This settlement represents a victory not only for Chike and Joseph but also for many other students who wish to exercise their constitutionally protected freedoms on the campuses of Georgia’s public colleges and universities,” said lawyer Travis Barham.

“For five years, Georgia Gwinnett College officials have tried again and again to dodge accountability for their illegal actions in violating Chike’s and Joseph’s rights, even after the U.S. Supreme Court rebuked them. But after the district court put a stop to that, the college has finally decided to stop fighting the Constitution. This case should also remind other colleges and universities nationwide of the need to respect their students’ liberties. If they do not, they can and will be held accountable.”

Officials at the school in 2016 stopped Uzuegbunam twice from peacefully talking about his faith with other students.

First, they claimed, he had to get advance permission to use one of two tiny “speech” zones that made up less than 1% of the campus.

Later, after he had followed college procedures, officials stopped him again.

The Supreme Court ruled, 8-1, in favor of Uzuegbunam and Bradford, who had not spoken out at all because of the college’s attacks on Uzuegbunam.

“We are pleased that the wrong done to our clients has been righted,” said counsel Tyson Langhofer. “the Supreme Court saw the importance of addressing these legal violations on the merits, and so did the district court. Hopefully, this settlement will send a signal to college and university officials nationwide that students do not lose their constitutional rights at the campus gates, and that anyone who ignores these priceless freedoms can be held to account.”

In a column posted on WND about the case earlier, commentator Kristen Waggoner of the ADF explained how college officials first claimed sharing his testimony constituted “fighting words” by Uzuegbunam.

Then they said they changed their policy and that was all they needed to do.

“But government officials, such as college administrators, shouldn’t be able to violate people’s rights and then avoid the consequences. That would be like letting a child who repeatedly smacks a classmate avoid any punishment simply by saying that he won’t do it again. Except here, the college didn’t even go that far. It changed the bad policies for students moving forward but continued to say that the old policies were constitutional and that they hadn’t violated Chike’s rights,” the commentary explained.