Vaccine inventor: Omicron could be 'a Christmas present' 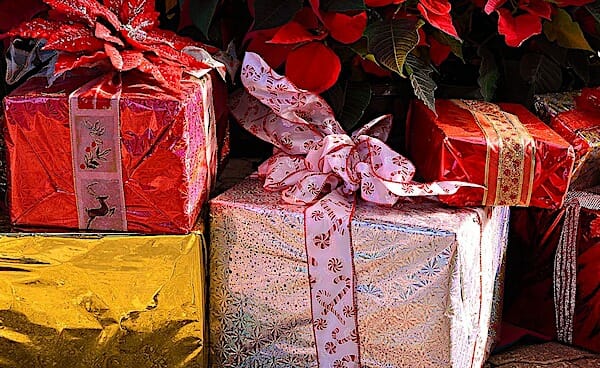 The new omicron variant that is causing renewed panic among government officials and media could turn out to be “a Christmas present,” says the inventor of the mRNA technology behind the Pfizer and Moderna COVID-19 vaccines.

Dr. Robert W. Malone, in a video interview Monday with WND, explained that while the original SARS-CoV-2 virus settled in the lungs, a new University of Hong Kong study that is still under peer review is among studies indicating omicron is settling in the upper respiratory tract. That makes it more transmissible but less virulent.

Consequently, the new variant, which was first detected in South Africa on Nov. 25, could act similarly to a live attenuated virus vaccine, producing mild symptoms and natural immunity to COVID-19, Malone said.

He urged caution, noting a pre-print U.K. study by Imperial College of London reporting it is finding no difference in omicron hospitalizations compared to delta. However, the U.K. researchers acknowledged in their initial report that hospitalization data “remains very limited at this time.”

In fact, South African officials reported last week that only 1.7% of identified COVID-19 cases were admitted to hospitals in the second week of infections in the fourth wave. That’s compared with 19% in the same week of the third delta-driven wave, South African Health Minister Joe Phaahla said at a press conference

The U.K. study was led by Neil Ferguson, the infectious disease modeler and government science adviser whose call for lockdowns — based on a model of 2.2 million U.S. deaths — was used by White House coronavirus advisers Dr. Anthony Fauci and Dr. Deborah Birx to convince President Trump to call for unprecedented stay-at-home measures in the spring of 2020.

Malone also discussed in the WND interview a new study from Ontario, Canada, suggesting vaccination could predispose someone to a higher risk of infection by omicron.

“If so, that would be the clear indication of the vaccine-enhanced infection and disease risk that not just I had been concerned about, but that the FDA was concerned about,” he said.

His main caution with the Ontario data is that there is no indication of how many cases were omicron and how many were delta.

On Monday, the Centers for Disease Control and Prevention reported that omicron accounted for 73% of new infections in the United States last week. That’s a six-fold increase in omicron’s share of infections in just one week.

The percentage is even higher in some areas. It’s 90% or more, the CDC estimates, in the New York area, the Southeast, the industrial Midwest and the Pacific Northwest.

‘Hubris’
Malone also commented on the new release of emails showing that outgoing National Institutes of Health Director Francis Collins asked White House coronavirus adviser Dr. Anthony Fauci to carry out a “quick and devastating published takedown” of the Great Barrington Declaration in the fall of 2020.

Malone told WND the email showed the “hubris” of Collins, who doesn’t have the training and experience in epidemiology that the three scholars possess.

“We have now clear, clear evidence of collusion by senior government officials to suppress scientific discussion and debate about one of the most crucial issues that we’ve addressed over the last two years, which is whether or not lockdowns make sense,” Malone said. “And the data are overwhelming. They don’t.”

And, he continued, “the worst part is the rest of the world looks to the U.S. for leadership.”

“There’s a good chance that Australia wouldn’t be in this hellhole that they are now in if Francis Collins hadn’t substituted his opinions for actually looking at the data,” Malone said.

He pointed to a meta-analysis of long-term data showing the lockdowns result “in more death than if you just let the virus rip.”

Earlier this month, Malone issued a video statement explaining why more than 15,000 physicians and medical scientists around the world have signed a declaration that healthy children should not be vaccinated for COVID-19. He warned parents that the decision to inject their children is “irreversible,” and they need to be aware of “the scientific facts about this genetic vaccine, which is based on the mRNA vaccine technology I created.”

In an 80-minute video interview with WND last month, Malone explained why he opposes universal vaccination for the COVID-19 virus and why he’s been willing to risk the reputation he’s cultivated over three decades and weather the scorn of the government and health-care establishment.

He is assisting two major efforts, as WND reported, the grassroots Unity Project opposing vaccine mandates and the International Alliance of Physicians and Medical Scientists that was launched by the Global Covid Summit.

On Friday, Malone told Fox News host Laura Ingraham that “if you believe in a God,” the rise of the omicron variant “looks an awful lot like a Christmas present.”

He said that to “the experienced vaccinologist,” it looks “like a live attenuated virus vaccine that you might design for purpose.”

“It’s going to elicit a strong mucosal immune response. This is about as good as we could possibly want right now, in terms of outcomes,” he said.

Yet, Ingraham noted, the media and political establishment are “freaking out,” calling for shutting things down again.

“I think they’re disappointed with the good news,” Malone said.