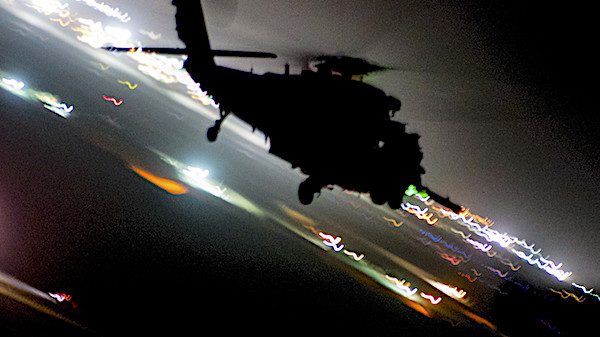 The State Department is “actively impeding” efforts by volunteer groups to rescue American allies stranded in Afghanistan under the Taliban regime, according to U.S. veterans.

National Review reported that as winter sets in and Afghanistan is on the brink of mass starvation, the efforts of dozens of private groups focused on trying to save people who typically don’t have the paperwork for a direct path into the U.S. have slowed to a crawl.

Meanwhile, as Afghanistan fades from the daily news, fundraising has become much harder, and some groups are draining their bank accounts to keep their efforts going.

“It’s really demoralizing on the one hand, and it’s infuriating on the other,” said Jesse Jensen, a former Army Ranger.

He argued that the federal government made a promise to those who served the U.S. that “we will extricate you, we will provide you with an immigrant visa that you will be able to come to the United States and live.”

“And we’re not honoring that,” he said.

Jensen’s group helped rescue more than 2,000 people on five flights from Afghanistan from late August to late October, but the effort has been hindered since then.

National Review reported a State Department spokesman said in an email that the agency appreciates the desire of private citizens to assist with the evacuation efforts. The State Department has been “evaluating requests for assistance on a case-by-case basis to support privately organized flights,” the spokesman said.

“This support involves evaluating the passenger manifest provided to us by the private group or groups organizing these flights to see which proposed passengers, if any, are potentially eligible for permanent resettlement in the United States through some affiliation with the U.S. government.”

But Jensen said that since the Aug. 31 withdrawal, the State Department “has constantly changed the standards and process to move evacuees out of Afghanistan.”

Bryan Stern, who leads a successful rescue group called Project Dynamo, told National Review he wished the State Department would work with his group and others or at least help to reimburse their expenses.

He said he and his volunteers are using credit cards to stay afloat.

Ben Owen, the chief executive of the nonprofit Flanders Fields, doesn’t want people to forget what is happening in Afghanistan.

“People are dying every single day. Girls are being sold into marriage. Women are being raped. Kids are being killed. It’s bad,” he told National Review.

“We had a child get his finger cut off the other day because the dad wouldn’t turn himself in. The world needs to understand these things are happening,” he said. “We need awareness. We need the State Department to at least not impede third-nation agreements. It would be great if they would help us get them.”