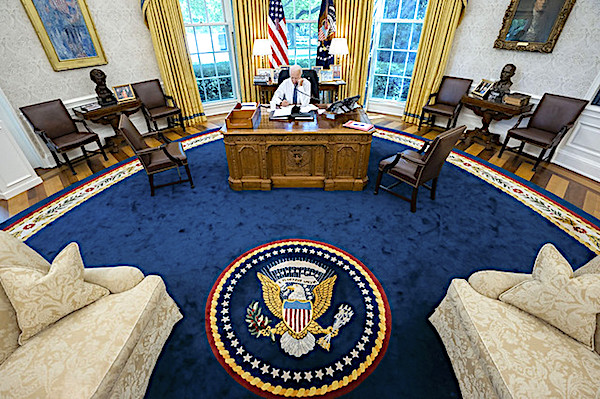 The chief of a prominent pro-life Catholic organization is aiming its biggest weapon at pro-abortion Joe Biden, who has said he is Catholic but openly defies the church’s teaching on life.

“Viper Joe and his buddies are no match to the power of Our Heavenly Father,” American Life League President Judie Brown explained in a commentary on the fight.

At issue are the extreme pro-abortion positions of the Biden administration, and the fact that he continues to claim to be a Catholic, even though he’s in direct conflict with the church’s beliefs.

For example, when the Supreme Court decided to let stand – for now – a Texas abortion restriction, Biden immediately suggested that the federal government would overrule what the state did.

Of course, the bigger picture is that the Supreme Court is scheduled to hear arguments within weeks, or months, on a dispute that could be used to overturn the 1973 Roe v. Wade opinion that created the right to abortion in America.

Even its author pointed out that should the personhood of the unborn be established, as many consider it now has, the Constitution would protect the unborn, not allow their destruction.

Brown’s commentary explained Biden’s “disdain for babies prior to birth, not to mention his loathing of pro-life Americans, diminishes his status and insults his personal identification as Catholic.”

She explained, “So when we refer to Biden as a viper – ‘a vicious or treacherous person’ – we are being quite precise. Biden has created an atmosphere in which the very idea of defending the preborn is viewed as a threat to humanity.”

Brown noted that Biden called the Texas Heartbeat Law “un-American” and widely claimed it was a “vigilante system.”

“Not only is he inaccurate by referring to the law as a ban, but he is misleading the public into believing that you, me, or any one of us can sue an abortionist under that law simply because we oppose abortion. Quite the contrary is true. Republican Texas state senator Brian Hughes explained to the Daily Caller News Foundation Friday that, ‘for someone to be liable under the law . . . such as a nurse or a friend who drove a woman to get an abortion, that person would have to know that the mother intended to abort a baby that had a heartbeat.’ In other words, unless the individual can attest to the intention of the expectant mother to abort her baby who has a heartbeat, no lawsuit can proceed.”

Naturally, Brown explained, Biden failed to explain the realities of the bill.

Those who have reviewed it, and know its provisions, she said, “see Biden as part of the treacherous cadre of politicians who are hell-bent on doing all they can to ensure that access to abortion is unfettered.”

She pointed to the Democrats’ proposed Women’s Health Protection Act of 2021 which, if adopted would establish in federal law a “right” to do an abortion, or to receive one.

Brown warned, “So the question is this: At this point in the history of our nation, has Biden’s bloodlust for abortion, coupled with the pro-death Democrats in the House and Senate, created a perfect storm that could actually enable such a law to pass? We have no idea, but we do know that pro-aborts are worried. They do not want anything to infringe on the abortion cash cow they have been milking for nearly half a century.”

She said the position for Catholics and other Christians hasn’t changed.

“Abortion is murder, and to our dying breath we will strive to expose every viper who thirsts for the bodies of our fellow preborn family members, trusting in the power of God to overcome this evil with His good. Fight on, my friends, and never be discouraged.”