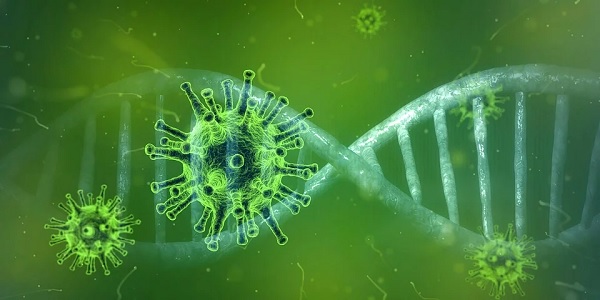 Fueling suspicion that SARS-CoV-2 originated in a lab in China, researchers have discovered a tiny piece of DNA in the virus that matches the genetic sequence patented by Moderna three years before the pandemic began.

The odds of Moderna’s sequence occurring naturally are about one in 3 trillion, according to the researchers.

The code was discovered in SARS-CoV-2’s unique furin cleavage site, the part of the virus that binds to human cells, allowing it to cause infection, London’s MailOnline reported.

Many scientists have been saying for some time that the furin cleavage structure could not have developed naturally.

In the new study, published in Frontiers in Virology, the researchers compared the 30,000 letters of genetic code carrying the information needed to spread SARS-CoV-2 with millions of sequenced proteins in an online database.

Earlier this month, The Telegraph of London reported Hungarian researchers discovered an early version of SARS-CoV-2 that appears to have been grown in a laboratory.

The lab-leak theory gained traction in May 2021 when former New York Times science writer Nicholas Wade published a nearly 11,000-word analysis concluding the circumstantial evidence clearly points to a lab leak. The Wall Street Journal later reported three researchers at the Wuhan lab were hospitalized with possible COVID symptoms in November 2019, when the outbreak in the city of 11 million began.

Patented sequence
MailOnline reported the researchers conducting the latest study, led by Dr. Balamurali Ambati of the University of Oregon, found SARS-CoV-2 shares a sequence of 19 specific letters with a genetic section owned by Moderna.

The pharmaceutical giant filed the patent for the sequencing in February 2016 as part of its cancer research division, according to records.

SARS-CoV-2 is the only coronavirus of its type to carry 12 unique letters that enable the spike protein to spread easily between human cells.

“We’re talking about a very, very, very small piece made up of 19 nucleotides,” he said. “So it doesn’t mean very much to be frank, if you do these types of searches you can always find matches.”

He said it’s a “quirky observation, but I wouldn’t call it a smoking gun because it’s too small.”

From ‘conspiracy’ to plausible
Earlier this month, independent investigative journalists Matt Taibbi and Matt Orfalea produced a nine-minute video that documents the shift in the establishment narrative from ridiculing anyone who posed the lab-leak theory to accepting it as plausible.

Facebook famously teamed up with Dr. Anthony Fauci to censor the lab-leak theory, including a report by WND. It’s now known that Fauci was told early in 2020 by a trusted scientist that the novel coronavirus likely came from a lab and was genetically modified.

Last month, the former New York Times science writer, Wade, spotlighted a Jan. 31, 2020, email Fauci received from four top virologists that shows there was strong evidence the virus was engineered in a lab. But after a teleconference the next day with Fauci to discuss the virologists’ conclusion, the lead virologist began dismissing the lab-leak possibility as among “crackpot theories” that “relate to this virus being somehow engineered with intent and that is demonstrably not the case.”

The virologists then published a March 17, 2020, article in the journal Nature Medicine that stated, “Our analyses clearly show that SARS-CoV-2 is not a laboratory construct or a purposefully manipulated virus.”

It mirrored an earlier article published in February 2020 in the British medical journal The Lancet written by zoologist Peter Daszak, known for his work with the “bat lady” Zhi Shengli on bat coronaviruses at the Wuhan Institute of Virology.

The articles persuaded mainstream media not to investigate lab-leak theories and “froze into silence any dissenting voices from the scientific community.”