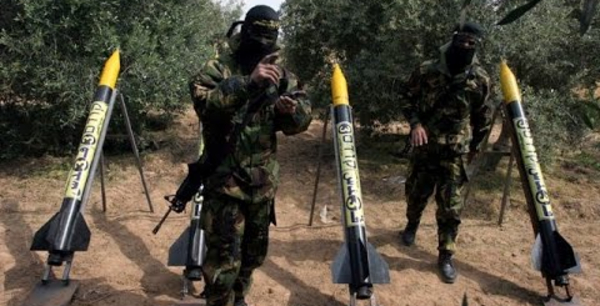 Students at Portland State University were more than happy to pledge donations to a made-up group called American Friends for Hamas to help the terrorist organization fulfill its objective of destroying Israel.

Ami Horowitz, known for his man-on-the-street video features on sociopolitical issues, posed as an operative seeking donations, the Blaze reported.

He received no pushback. In fact, in a Fox News op-ed, he said it took him only about an hour to raise “hundreds of dollars for Hamas.”

“We’re not your father’s terrorist organization,” he told students. “We’ve kind of evolved beyond that. It’s still kind of what we do, but we’ve kind of rebuilt and rebranded ourselves and, you know … Hamas is where it’s at.”

Horowitz said his group was raising money to help “fund operations against Israel.”

He spelled out the fact that Hamas seeks out “soft targets” in “civilian populations” such as cafes, schools, hospitals and places of worship.

“That’s the only way you can fight back, really,” he said, adding that a “suicide bomber” is “kind of like the poor man’s F-15.”

Horowitz said Hamas and its allies in America seek “to wipe Israel off the map … we’re looking to destroy Israel.”

One student said he had been “learning in this last school year about everything that’s going on over there.”

“So, I like the sound of what you’re doing, it sounds like the right thing to do,” he said.