Watch: Teacher boasts he has 180 days to turn students into 'revolutionaries' 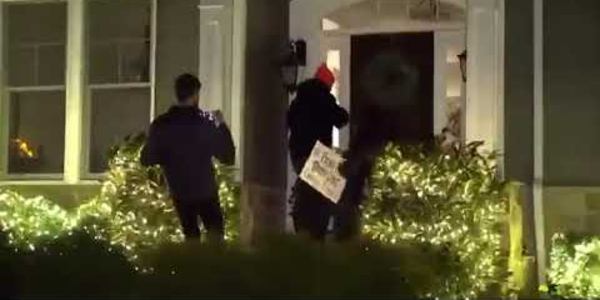 A public school teacher in California has boasted of his work in using the 180 days of a public school year to turn students into “revolutionaries.”

See the video (Be aware of offensive language):

The teacher is Inderkum High advanced placement instructor Gabriel Gipe, who boasts of indoctrinating students politically and giving them extra credit for working on his own personal agenda points.

He sends them to protests and “community events” for which they get class credit.

“I have 180 days to turn them [students] into revolutionaries … Scare the f— out of them,” he told Project Veritas.

“I post a calendar every week … I’ve had students show up for protests, community events, tabling, food distribution, all sorts of things … When they go, they take pictures, write up a reflection—that’s their extra credit.”

He indexes students’ politics over the year and credits himself with pushing students “further and further left.”

He pointed out his Antifa flag on his classroom wall, and noted one student had complained that it made him feel uncomfortable.

And he suggested violence.

“Like, why aren’t people just taking up arms? Like why can’t we, you know — take up arms against the state? We have historical examples of that happening, and them getting crushed and being martyrs for a cause and it’s like — okay well, it’s slow going because it takes a massive amount of organization,” he said.

He boasted of lessons from Huey Newton and Fred Hampton of the Black Panther Party.

“You need to retrain the way people think. So, the Cultural Revolution in the 60s was fixing the problem that came about after the economic one,” Gipe said.

Gipe said in the report other teachers share his ideology.

The Natomas Unified School District said it has gotten calls expressing concern about the teacher. Officials there said they would investigate and “take any appropriate actions.”

Its policy is that “controversial” topics are taught “in a balanced manner that does not promote any particular viewpoint.”