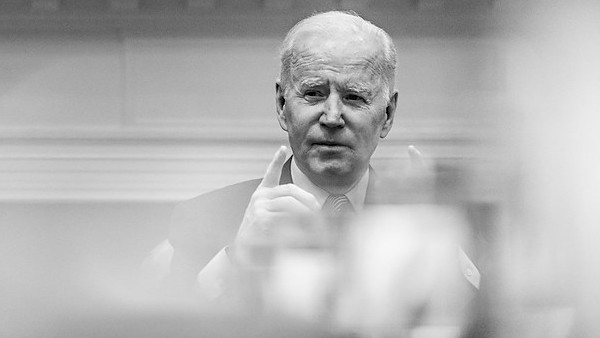 A watchdog’s new report on the status of Iran’s nuclear operations is a “damning” condemnation of Joe Biden’s “obsession” with restoring the Iran nuclear deal, according to the Defense and Foreign Affairs editor at the Telegraph, Con Coughlin, who also is a Shillman Journalism Fellow at the Gatestone Institute.

Barack Obama, with Joe Biden then as vice president, dreamed up the strategy to pay Iran billions of dollars in return for a promise about its level of nuclear weapons activity.

However, President Trump dumped it while he was in office, explaining the “deal” really provided no benefit to America, and Iran wasn’t following it anyway.

Now Coughlin cites an assessment from the International Atomic Energy Agency that Tehran “continues to defy Washington by converting some of its uranium stockpiles to near weapons-grade, thereby greatly enhancing the regime’s ability to produce nuclear warheads.”

He warned, “The utter futility of the Biden administration’s obsession with reviving the Iran nuclear deal has been laid bare by the latest damning assessment” by the IAEA.

He explained Biden wants to rejoin the deal if Iran comes back into compliance with the original Joint Comprehensive Plan of Action.

“That would require Iran to accept the limits imposed on its stockpiles of nuclear material by the JCPOA instead of continuing with its efforts to produce weapons-grade material,” Coughlin wrote.

But the IAEA has said even as that’s not happening, Biden continues to try to develop a strategy to regain the “deal,” even though now Iran has demanded, too, that the Islamic Revolutionary Guard Corps be delisted from the State Department’s Foreign Terrorist Organization list.

“Biden’s hopes of pressing ahead with the nuclear talks suffered a significant setback the other week when a bipartisan super-majority of U.S. senators voted to endorse a Republican-led measure insisting that any future agreement with Tehran must address Iran’s support for terrorism in the region, and that Washington should not lift sanctions against the IRGC,” he pointed out.

First, Tehran is “unlikely” to agree, and further, “bipartisan opposition to a revived deal is likely to increase further following this week’s stark warning by the head of the U.N.’s nuclear watchdog who said he was ‘extremely concerned’ about what he described as Iran’s lack of cooperation regarding unexplained traces of uranium in the country.”

Among the problems is that traces of enriched uranium have been found at sites in Iran which the rogue regime hasn’t declared.

He said, “Iran, for the time being, has not been forthcoming in the kind of information we need from them… we are extremely concerned about this.”

Coughlin noted, however, that Iran’s non-cooperation is “entirely consistent” with its behavior for years.

He suggested that European leaders should be wary, too, of their involvement in and dedication to the JCPOA.

He wrote, “The lengths to which some naive politicians on both sides of the Atlantic are prepared to go to revive the nuclear deal is nothing less than shameful, especially at a time when the world is struggling to deal with another tyrannical regime following Russia’s unprovoked invasion of Ukraine.”