'We might all be considered guilty of some thought crime' 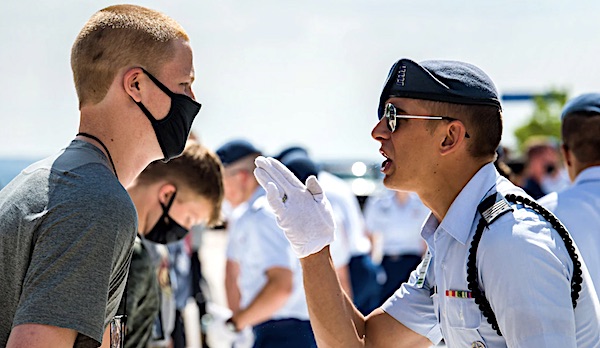 The legal team at the Rutherford Institute has filed a friend-of-the-court brief with the 9th U.S. Circuit Court of Appeals explaining the dangers of allowing the company formerly called Facebook to work “in concert” with government officials to maintain a strict information limit on COVID-19.

The fight is over a decision by Facebook, now known as Meta, to clamp down on information being delivered to online readers by the Children’s Health Defense.

That’s a group that was launched by Robert F. Kennedy Jr. and is dedicated to ending childhood epidemics through digging out causes, eliminating harmful exposures and seeking justice for the injured.

The organization has been called an outspoken critic of the “proliferation of childhood vaccines,” and it works to deliver to the public accurate information about vaccines, including their dangers.

“CHD’s mission has brought it in conflict with the pharmaceutical industry, which obtains huge profits from the sale of vaccines; the United State government, which accepts millions of dollars in funding from the pharmaceutical industry; and big-tech internet companies that profit from expanded wireless technologies,” the institute team explained.

And “crucial to CHD’s mission of educating the public is its use of social media, including Facebook, to provide links to studies and information provided by experts on public health that exposes the dangers of vaccines.”

However, since January 2019, Meta has run a disinformation campaign to try to harm CHD by “posting labels and overlays on CHD’s Facebook page” that describes its information as “false.”

CHD sued, and the fight is at the appeals court now.

“We should all be alarmed when prominent social media voices are censored, silenced and made to disappear from Facebook, Twitter, YouTube and Instagram for voicing ideas that are deemed politically incorrect, hateful, dangerous, extremist or conspiratorial,” said constitutional attorney John W. Whitehead, president of The Rutherford Institute.

“At some point, depending on how the government and its corporate allies define what constitutes ‘extremism,’ we might all be considered guilty of some thought crime or other and subjected to technocensorship,” he said.

The institute’s request is that the appeals court reverse a lower court ruling and prohibit Facebook from censoring and de-platforming critics of the COVID-19 vaccine in violation of the First Amendment.

The filing points out what the Supreme Court already has said on the issue of access to the internet, including an 8-0 decision that held that it is “nearly impossible to have ‘a voice’ in any meaningful way without access to such technology.”

That ruling decided that a state’s ban on a convicted felon from having access to the internet was wrong.

“A less obvious but no less genuine form of state action has been pled in CHD’s Second Amendment Complaint (also referred to as (SAC). CHD pled numerous concrete instances wherein defendants have censored, censured, de-monetized and de-platformed CHD’s postings … at the direct behest of government actors, who have made it clear that their orders are aimed at the content of CHD’s postings.”

As a private company Facebook has a right to determine what is posted, but if it is working in concert with federal agents it could be considered as subject to the First Amendment, which in any case controls government actions.