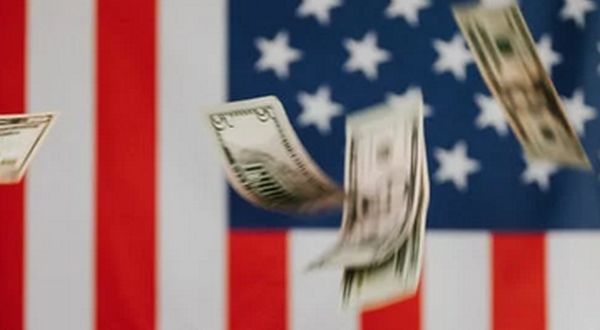 Just a day after the government reported inflation, running rampant under Joe Biden’s economic policies, surged to 9.1% in June, the same federal agency has confirmed that the producer index inflation has reached 11.3%, also near its highest mark ever recorded.

The Washington Examiner said the figure on producer wholesale prices comes from the Bureau of Labor Statistics.

“The new producer price index numbers are just another indicator that prices are wildly out of control even as the Federal Reserve moves ever more aggressively to jack up interest rates to rein in the country’s historic inflation,” the report said.

The new figure assesses the wholesale costs for products, costs that eventually are paid by consumers.

A statement to the Examiner from Oxford Economics said, “Despite a modest improvement in supply conditions, price pressures will remain uncomfortable in the near term and bolster the Fed’s resolve to prevent inflation from becoming entrenched in the economy.”

Exploding inflation numbers are just one of the crises that Biden is facing – and that have brought his approval ratings to numbers that are among the lowest ever recorded, setting up a likely GOP wave in the coming midterm elections.

“Last month, the central bank hiked its interest rate target by a whopping three-fourths of a percentage point for the first time since 1994. The Fed typically raises rates by a quarter of a percentage point, or 25 basis points, so the June hike was analogous to three simultaneous rate increases,” the Examiner said.

More increases are expected, which will cause borrowing costs for consumers to rise dramatically again, and economists openly are predicting a recession as a result.

Some say the nation already is in recession, which is considered to be two consecutive quarters of negative economic activity. The nation’s GDP contracted at a 1.6% rate in the first quarter and results of the second quarter are expected soon – and could be similar.

A day earlier, the inflation rate of 9.1% meant it will cost each individual American $3,400 more this year than last – for the same lifestyle. Economists had feared the inflation would come in at 8.8%, but it was even worse.

“Inflation accelerated more than expected to a new four-decade high in June as the price of everyday necessities remains painfully high, exacerbating a financial strain for millions of Americans and worsening a political crisis for President Biden,” documented a report in Fox Business.

The last time inflation was this bad was in December 1981, the report said.

Inflation is just one of many crises facing Biden. Others include fast-growing violence in cities, the rampant invasion of illegal aliens across the nation’s southern border, a declining American influence worldwide, growing threats from Russia and China, and many more.

WND documented only weeks ago that America’s inflation now actually is in “Jimmy Carter territory” of double digits.

Or the numbers would be if the feds hadn’t changed the way price increases are counted.

The report in the Daily Mail at the time explained that on the surface, it looks reassuring for the present spiral of out-of-control prices.

It explained in 1983, the feds changed the way they figured inflation – “in ways that tend to understate inflation today…” The move included a discounting of the impact of home ownership on overall inflation measures.

That means inflation that produced the recent figures of 8.3% and 8.6% could have been worse than that.

Larry Summers, formerly Treasury Secretary of Bill Clinton, recently analyzed the hit on inflation by that formula change, made by the Bureau of Labor Statistics.

“Adjusting for that change alone, the Summers Report found that the headline inflation rate of 14.8% in March of 1980 would drop to 11.6%, only barely 3 percentage points higher than the current rate of 8.6%.”

And, the analysis said, the currently preferred inflation metric, known as core inflation because it excludes the price of energy and food, “would experience an even more significant adjustment.”

The report said core inflation clocked in at a peak of 12.5% in March 1980 but would only have been 6.7% by today’s standards. For comparison, in March 2022 the post-pandemic core inflation rate peaked at 6.5%.

Explained the analysis, “This suggests that if we were to evaluate today’s inflation numbers in the same way that we calculated inflation in the 1980s – we’d already be squarely in Jimmy Carter territory.”

The analysis was by Andy Puzder, former CEO of CKE Restaurants and a senior fellow at the America First Policy Institute, and Jim Talent, former senator from the state of Missouri.

The report said, “Economist John Williams estimates the inflation number today would be about 16% if it were calculated as it was in the Carter years.”

They added, “With respect to goods that consumers are actually buying, the American Institute of Economic Research provides an estimate of consumer costs for a basket of ‘everyday’ items—eliminating from consideration infrequently purchased items or contractually fixed items (i.e., vehicles, furniture, and leases). This Everyday Price Index (EPI) is averaging 20.6% annualized so far in 2022.”

They point out that Paul Volcker, chairman of the Federal Reserve from 1979 to 1987, “had to raise interest rates to 20% to tame inflation” back then.