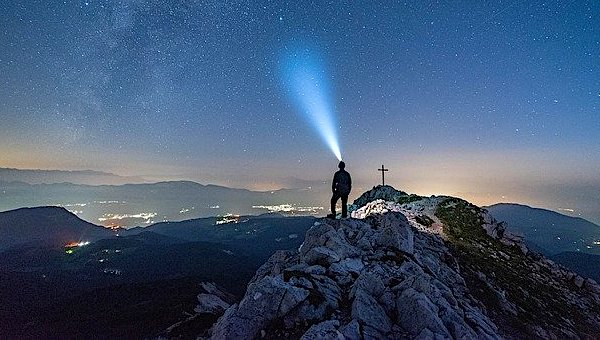 In case you missed it, two shocking and unprecedented megatrends are unfolding simultaneously in the United States of America right now.

The first is the explosion of what can only be described as openly predatory targeting of America’s children by legions of “gender activists” obsessed with seducing, grooming and recruiting kids into the phantasmagoric transgender world of puberty blockers, cross-sex hormones, surgical amputation of healthy body parts and astronomical suicide rates.

Incredibly, this wild celebration of transgenderism is being praised, promoted and funded by the ruling class at the highest levels, from the White House on down, while all who sound the alarm are demonized and canceled.

At first, this trend manifested most notably as “drag queen story hour” events hosted in public libraries across the nation, during which innocent toddlers would be made to sit at the feet of severely mentally ill men (often made-up to appear openly demonic) and be regaled with tales of heroic LGBT characters. But that was just the warm-up.

Throughout June, almost all of America’s big institutions – big media, big tech, big government, big education, big business, big sports – gushed uncontrollably over “Pride Month,” glorifying everything homosexual, transgender and “nonbinary,” while the push to groom America’s children into the LGBT lifestyle has gone into overdrive. Disney staffers explicitly brag on camera about inserting as much “queerness” as possible into their entertainment products. After-school “gay-straight alliance” (GSA) clubs, which purport to be support groups but in reality are all about recruitment, are rapidly proliferating throughout America’s public schools. Teachers with bizarre hairdos and multiple facial piercings openly proselytize America’s children, some evangelizing the new transgender salvation aggressively on social media platforms like TikTok.

However, as Tucker Carlson recently put it, “Having some purple-haired loser in a nose ring convince your six-year-old to get a sex change is not why most people send their children to school.”

And yet, although the nation is wracked with violent crime, edging toward financial collapse and losing 290 people daily from drug overdoses, the Biden administration is focused on recruiting children into transgenderism, with Health and Human Services Secretary Xavier Becerra fully supporting taxpayer-funded amputations of healthy body parts of these vulnerable young people. Or as Becerra ghoulishly put it, “We should help those have the life-affirming care that they need.”

Predictably, as a result of this explosion of LGBT proselytizers, promoters and cheerleaders, a newly minted syndrome has magically emerged among America’s youth: “Rapid Onset Gender Dysphoria,” or ROGD. Mission accomplished.

While this sexual-gender anarchy is exploding nationwide – and alongside it, of course, the rest of the deranged Biden agenda, from engineering an ever-expanding foreign invasion of America across its southern border, to destroying the nation’s fossil fuel industry, to bringing the U.S. to the brink of nuclear war with Russia – the very same political, financial, cultural and sexual revolutionaries responsible for all of this chaos have finally dared to “come out” and publicly identify who exactly they consider to be their biggest enemy.

Of course, throughout the Biden era, many tricky substitute names for Christians have been stealthily deployed by those in power, who daily blame “white supremacists,” “conservative fascists,” “violent extremists,” “domestic terrorists” and other never-defined groups for everything they claim to find intolerable about America. Some of their attacks have been staggeringly idiotic, like officially branding parents as “domestic terrorists” for complaining at school-board meetings about teachers indoctrinating their young children with Marxist critical race theory.

Yet, fantastical and extreme as all this demonization of normal, traditional-values, law-abiding Americans has been, there has always been a lingering sense that the ruling elites were holding something back – that they were not quite speaking plainly about what is really bothering them.

The “progressive” ruling class has finally grown sufficiently brazen, deranged and desperate to openly admit that the people it considers to be the true and ultimate enemy of America – or at least the America they envision – are those who “identify” as biblical Christians.

* “It’s becoming increasingly clear that the United States is under siege by Christian fundamentalists and traditionalists,” warns MSNBC’s Ja’han Jones.

* “If Christian Nationalism isn’t essentially domestic terrorism, then I don’t know what is,” opines Cari Marshall of the Texas Democracy Foundation, who goes on to explain the treacherous methods of all those violent Christian extremists: “They simultaneously weaponize the Bible and the Constitution to justify their wanton disregard for the views and safety of others and their insatiable lust for weapons and violence.”

Some of this elite denigration of Christianity is not entirely new. In fact, for years many on the left have been likening American Christians to terrorists, as the late Angelo M. Codevilla, author of the 2010 mega-bestseller “The Ruling Class,” explained: “Every time [Christians] try to manifest their religious identity in public affairs, they are deluged by accusations of being ‘American Taliban’ trying to set up a ‘theocracy.’”

Or as MSNBC anchor Joy Reid tweeted after the Taliban victory that resulted from Biden’s catastrophic pullout from Afghanistan in the summer of 2021: “This is the real-life Handmaid’s Tale. A true cautionary tale for the U.S., which has our own far religious right dreaming of a theocracy that would impose a particular brand of Christianity, drive women from the workforce and solely into childbirth, and control all politics.”

What is new right now, however, is: 1) the extreme and ubiquitous Sodom-and-Gomorrah level of moral depravity in America, 2) the absolutely shocking campaign to recruit the nation’s pre-pubescent children into deviant sexual and gender “identities” and lifestyles, and 3) the fact that all of this is not merely tolerated, but wildly celebrated and glorified, by almost all of America’s most powerful institutions, from its schools to its government to its news and entertainment media.

Parallel to all this is the rapidly increasing demonization of those Americans who hold to the traditional Judeo-Christian values that formed the very foundation of the “American experiment,” the biblical principles of morality and justice woven into the U.S. Constitution and legal system, and which, for over two centuries, have made America the greatest, freest and most prosperous nation in all of human history.

Indeed, biblical Christianity is what gave birth to the whole notion of “individual rights” in the first place, rooted as they are in the conviction that man is created in the image of God. Likewise, the biblical understanding that mankind is fallen and in need of redemption (prompting Lord Acton to famously observe that “Power corrupts and absolute power corrupts absolutely”) led to America’s unique and extraordinarily wise constitutional separation of powers. The biblical roots of the American system made this country the unique oasis of liberty and human rights it has long been in an otherwise mostly dark world.

That is why the current power-mad elites hate genuine Christianity, and why the ruling class is at war with, and daily attacking, America’s Christian foundations with increasing ferocity.

It also explains, as Pastor Andrew Brunson – who was imprisoned for two years in Turkey on fake “terrorism” charges – recently warned, the growing trend toward persecution of Christians in the United States of America.

In truth, to the radical left, Christians are not merely racists, misogynists, homophobes and transphobes, but Nazis, fascists, violent extremists and terrorists. But this perfect inversion of reality is because – bottom line – the left has always been in a state of war with Almighty God and His laws and His ways. In other words, at war with Reality. They are in perpetual rebellion against the Creator of the Universe because Marxism, by its very nature, amounts to hatred and rejection of God so that human “saviors” (who are generally sociopaths) can create their make-believe paradise on earth – with them in charge, of course. That, in turn, always ends up as hell on earth, with the 20th century being the bloodiest century in all of human history, thanks to the very types of God-rejecting, power-addicted Marxist utopians who are currently obsessed with ruling America.

EDITOR’S NOTE: The preceding is adapted from David Kupelian’s introductory article in the powerful June issue of WND’s critically acclaimed Whistleblower magazine, titled “ELITES FINALLY REVEAL THEIR #1 ENEMY: CHRISTIANS.” It explores the latest openly anti-Christian efforts of the Biden administration, that is, the massive grooming and recruitment efforts by LGBT and transgender activists, fully supported by the federal government, to seduce the most innocent and vulnerable members of the American population – young children – into the dark world of transgenderism. Now, the very same political, cultural and sexual revolutionaries responsible for all of the chaos and madness of the Biden era have finally dared to “come out” and PUBLICLY IDENTIFY exactly who they consider to be their biggest enemy: CHRISTIANS. That’s right. Bible-believing, Judeo-Christian morals-affirming Christian believers – the kind who founded America, wrote her Constitution and defended her with their lives for centuries – are now considered the biggest enemy threatening the future of America! This almost unbelievable trend is documented in a stunningly clear and undeniable way in the June Whistleblower issue (available in both print and digital editions), “ELITES FINALLY REVEAL THEIR #1 ENEMY: CHRISTIANS.”

ALSO, David Kupelian’s classic bestseller, “The Marketing of Evil,” has just been re-released in a new, expanded paperback edition, and includes brand-new chapters exploring the latest incredible developments in the promotion of destructive lifestyles, worldviews and political agendas so insane that, just a few years ago, almost no one dreamed they could ever take root in America. Available now on Amazon!

Likewise, Kupelian’s acclaimed sequel, “The Snapping of the American Mind,” will be released this month in a completely revised and expanded paperback edition, including all-new chapters illuminating the “1984”-style transformation of America taking place under the Biden administration. It is now available for pre-order on Amazon!