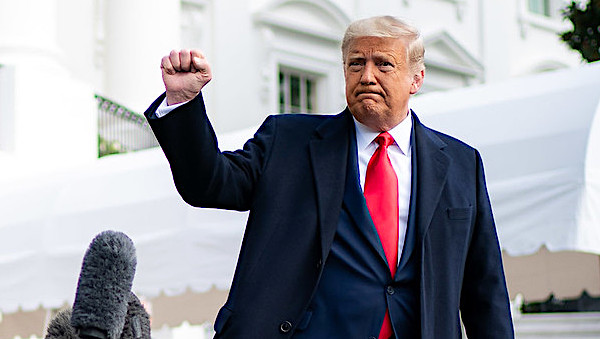 An analysis of the 2020 presidential election in Wisconsin is focusing on the facts that election laws were changed – illegally – during the voting process and Facebook founder Mark Zuckerberg turned over millions of dollars to election officials – outside the legally recognized campaign-donation processes.

And whether those actions had an impact of Joe Biden’s narrow margin of victory.

It previously was reported the state House Speaker, Robin Vos, already had signed off on the first subpoenas in the state’s audit of the election results – an investigation being coordinated by former state Supreme Court Justice Michael Gableman.

Already, reviews in other states have shown suspicious voting patterns and circumstances, including in Arizona where an audit revealed tens of thousands of suspicious ballots and in Georgia where chain of custody documentation for huge numbers of ballots simply went missing.

Now Just the News reports that it interviewed more than a dozen witnesses, officials and lawyers who have interacted with Gableman or his staff and report a “strong focus” on the fact those election rules were changed without legislative consent.

That’s a problem because the Constitution allows only lawmakers to establish those voting requirements.

Among the changes were letting nursing home staff fill out ballots for residences and allowing election clerks to fill out missing witness information required for absentee ballots, even though the state requirement was for those ballots to be returned to voters.

“Those two changes alone affected thousands of ballots in a state in which Joe Biden was declared the winner with a narrow margin of just 20,600 votes,” Just the News reported.

Further, the commission allowed voters to claim the status of “indefinitely confined,” even if they weren’t, to vote absentee.

The commission allowed nearly 250,000 to claim that status simply because they were scared to go out to vote during COVID.

The Wisconsin Supreme Court already has ruled that action was illegal, because only those who have bona fide disabilities and infirmities are allowed to vote through that process.

“Regulators had no right to declare the pandemic as such a condition, the justices ruled in the only major court decision after Nov. 3 to declare a large bloc of votes as potentially illegally cast,” the report said.

Gableman, who was authorized by the legislature to compel testimony and order the production of documents, can determine why the rules were changed, whether the changes were made to meet political goals and more.

Estimates are that some 150,000 voters failed to meet the state’s required standards, but were allowed to vote anyway.

Then, too, the state’s metro areas of Madison, Milwaukee, Racine, Kenosha and Green Bay benefited from more than $6 million in donations directly to their election coordinators and judges from money given by Zuckerberg to his Center for Tech and Civic Life, which handed out the cash.

The process “allowed a single billionaire to route his money outside the normal campaign finance system to election referees,” Just the News reported.

Further, the money came with strings, such as the requirement to do voter registration drives “among specific minority groups that tend to vote Democrat,” the report said.

Yet other suspicious events were times when poll workers went to city parks to collect ballots from voters “even though Wisconsin law does not allow for voting in locations outside approved precinct voting stations,” the report explained.

Gableman himself has said the investigation is about identifying potential “failures” in the system and improving transparency so that public confidence can be restored.

The report further notes that other questions that could be addressed including why the commission failed to deactivate tens of thousands of names from voter rolls where there was inaccurate information, what impact did Zuckerberg’s money have, why were ballots gathered, illegally, in parks, why were clerks told they could fill out witness information even thought he law did not allow that, and were there any abuses when ballots were delivered to unmonitored drop boxes.

Gableman previously confirmed that, “Some evidence has been produced previously that shows some election officials acted unilaterally in deciding not to follow established state law.”