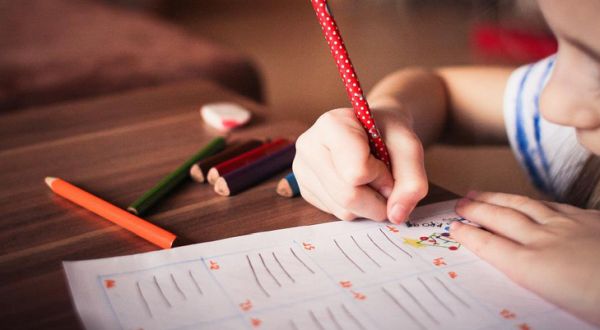 Parents who wonder how radical gender activism – pushing artificial identities such as “non-binary,” “pansexual” and “genderqueer” – entered the schools of their children should take a closer look at an organization that until recently was known as the Gay-Straight Alliance Network.

Now rebranded as the Genders & Sexualities Alliance, GSA operates in more than 4,000 elementary, middle and high schools under the guise of student “clubs,” reports Christopher Rufo, who is known for exposing the rise of teaching based on the neo-Marxist Critical Race Theory.

Rufo, senior fellow and director of the Initiative on Critical Race Theory at the Manhattan Institute, writes in the think tank’s City Journal that the GSA Network is a “professionally staffed nonprofit with a multimillion-dollar annual budget.

GSA’s rebranding in 2016, he said, reflected a  new focus on “the limits of a binary gender system.” The individual GSA chapters, Rufo wrote, “use the language of ‘LGBTQ inclusion’ and ‘anti-bullying’ in their public relations, but behind the scenes, the central organization is driven by pure left-wing radicalism that extends far beyond sexuality.”

The group’s ideology “follows the basic framework of radical gender theory: white European men created an oppressive system based on capitalism, white supremacy, and ‘heteronormativity’ – that is, the promotion of heterosexuality, the male-female binary, and bourgeois family norms.”

To fight back, GSA contends, racial and sexual minorities must unite under the banner of “intersectionality” and dismantle the “systems of oppression.”

Significantly, Rufo pointed out, GSA urges adult leaders to prevent parents from finding out about their children’s involvement in the clubs.

On its website, GSA has a page titled 10 Steps for Starting a GSA that says that in addition to providing “support” to students, some local clubs “work on educating themselves and the broader school community about sexual orientation and gender identity issues.”

“They may bring in outside speakers to cover a particular topic such as LGBTQ+ history,” the site says. “They may organize a ‘Pride Week’ or ‘LGBTQ+ Awareness Events’ and offer a series of educational workshops, panels, or celebrations.”

Some GSAs organize a “Teach the Teachers” staff development day, the website states, “which focuses on teaching school staff how to be better allies for LGBTQ+ students.”