Woman interrogated by police for saying males can't be lesbians 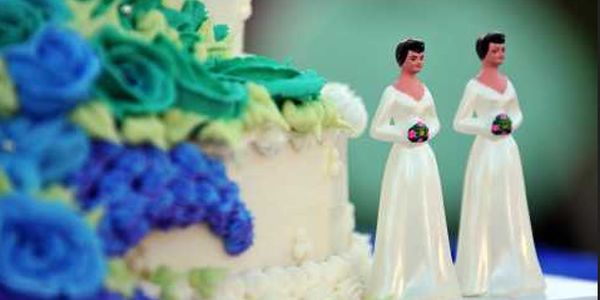 Don’t even try to follow the “science” on this one.

Police officers in Norway reportedly have interrogated an official for a feminist organization over her social media statements that said a transgender, in this case a man posing as a woman, cannot be a lesbian, which is a female attracted to other females.

An ABC affiliate has explained that the fight over rhetoric has reached new levels of convolution:

Right now a woman is being investigated for hate speech in Norway.

Saying that a man is a man, a man can not be a lesbian, nor can he be a mother.

Today editor in chief and journalist – @vebjornselbekk – stated that that he supports her. Sex is immutable. 1/2

#LetWomenSpeak ! Norwegian police has opened an investigation against Norway’s country contacts for @DeclarationOn, Christina Ellingsen, over tweets stating that men cannot be women. The accounts that has made such statements include @_cellingsen, @wdiNorway and @MatriarkenN .

The organization WDI continued, “A woman is an adult human female. It is physically impossible to change sex. Gender identity refers to a person’s subjective convictions, and to persecute women for refusing to accept subjective convictions they do not agree to, is a human rights violation.”

Further, it said, “Women must have the right to correctly sex men, to refuse men’s subjective convictions and to freely express what they see with their own eyes without facing criminal persecution.”

The original report said it is Christina Ellingsen, a representative of the global feminist organization Women’s Declaration International, “who criticized the Norwegian trans activist group Foreningen FRI in October for teaching children that males can be lesbians.”

Apparently that would be a man posing as a woman who claims an attraction to women.

The report said Ellingsen also criticized one the group’s advisers, who is a biological male identifying as a lesbian woman.

It was that adviser, Christine Marie Jentoft, who contacted police with a complaint, the news group Reduxx explained.

WDI had warned officials in Norway last year when they introduced “gender identity” into their realm of “hate” speech that the change would lead to prosecutions of those individuals who state “biological facts.”

Ellingsen, if charged and convicted, could go to prison for three years.

“Why [does] FRI teach young people that males can be lesbians? Isn’t that conversion therapy?” was one of the statements Ellingsen was accused of saying.

And she’s accused of saying, “Jentoft, who is male and an adviser in FRI, presents himself as a lesbian – that’s how bonkers the organization which supposedly works to protect young lesbians’ interests is. How does it help young lesbians when males claim to be lesbian, too?”

Ellingsen also is accused of confronting Jentoft on national television with, “You are a man. You cannot be a mother. To normalize the idea that men can be mothers is a defined form of discrimination against women.”

Ellingsen explained, “The fact that police are legally able to investigate and persecute women who engage in women’s rights is concerning. This is new territory in Norway, so the outcome of the investigation is important, both if the case is dismissed and if it leads to trial.”

It’s not the first time the lesbian and transgender contingents of society have feuded.

WND reported a few years ago the “L” and the “T” of the LGBT movement were in open warfare.

At the time, an organization for lesbians launched a formal online blast at LGBT activists for calling them “transphobes” and they want the LGBT coalition to drop the “L.”

Biology does make a difference, a big difference, they insist, and it’s not enough to simply “identify” as being of a particular gender.

The argument appeared in a letter the Lesbian Rights Alliance in the United Kingdom posted online that was directed toward Stonewall, the U.K. organization that campaigns for LGBT causes.

“Stonewall does not recognize or represent the many young women who reject conventional feminine stereotypes in appearance and sex roles, and who become lesbians at puberty,” the letter charged.

“Instead, you support the trans argument that many gender non-conforming lesbians must really be men, born with ‘male brains’ in the ‘wrong body.’”

The organization is demanding Stonewall stop claiming to represent lesbians, ordering the group to “Remove the L from LGBT.”

They continued: “Being a lesbian is primarily about sexuality; it is a same-sex attraction. Stonewall no longer accepts this basic, socially accepted definition of lesbians. In fact it defines homosexuality as ‘attraction to the same gender,’ not biological sex.

“As a consequence you support the absurd idea that male-bodied persons can be lesbians, and you demand that they be accepted as such by actual lesbians. If we refuse to accept these men as lesbians you label us transphobes and ‘TERFs’ unleashing a torrent of hate speech upon us from your supporters.”

“TERF” is a transgender term for “trans-exclusionary radical feminist,” which many feminists and lesbians consider a slur or even “hate-speech.”