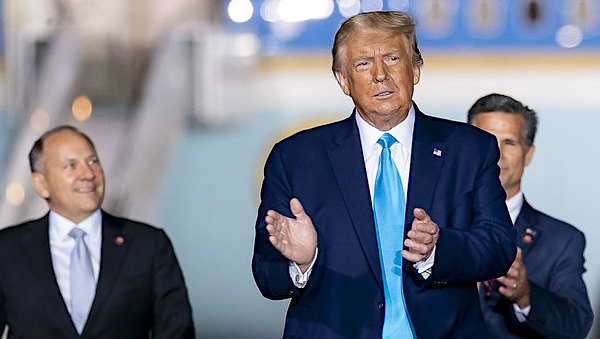 Former President Donald Trump this weekend endorsed best-selling author and TV personality Dr. Mehmet Oz in his Republican run for the U.S. Senate, but some on the political right are less than enthused by the pick, calling it the “worst possible.”

“I’ve known him for a long time. He’s a tremendous guy, very smart, Harvard educated,” Trump said of Oz in an interview with Newsmax TV.

“He went to the Wharton school of finance, and he also went to Penn medical school. That’s a pretty unusual combination. And he’s just been a very strong, reliable guy – loves the state; loves the people – and he’ll be a great senator.”

“This is all about winning elections in order to stop the radical-left maniacs from destroying our country.”

“The Great Commonwealth of Pennsylvania has a tremendous opportunity to Save America by electing the brilliant and well-known Dr. Mehmet Oz for the United States Senate.

“I have known Dr. Oz for many years, as have many others, even if only through his very successful television show. He has lived with us through the screen and has always been popular, respected, and smart. He even said that I was in extraordinary health, which made me like him even more (although he also said I should lose a couple of pounds!).”

The former president praised Oz for being “pro-life; very strong on crime, the border, election fraud, our great military, and our vets, tax cuts; and will always fight for and support our under-siege Second Amendment. “He will ensure America will become energy independent again.”

Trump said Oz “passionately believes in high-quality education and protecting parent involvement throughout the process. Perhaps most importantly, I believe that Mehmet Oz will be the one most-able to win the general election against a radical left Democrat looking to do unthinkable harm to our country.”

“Women, in particular, are drawn to Dr. Oz for his advice and counsel,” Trump said. “I have seen this many times over the years. They know him, believe in him, and trust him. Likewise, he will do very well in Philadelphia and Pittsburgh, where other candidates will just not be accepted. He knows his job is to serve every single Pennsylvanian. Dr. Oz is smart, tough, and will never let you down.”

But despite Trump’s high praise, there are voices on the political right who are reacting negatively.

It’s like Donald Trump’s staff is sabotaging Trump by convincing him to make the worst possible endorsements.

At the Liberty Daily, commentator J.D. Rucker said although he still supports Trump, he is “annoyed” by the selection, as he calls Oz “the latest RINO to get Trump’s endorsement.”

“I will not support Dr. Oz,” said Rucker. “He is neither a proper representative of the Republican Party nor is he someone who embraces the America First philosophy that Trump helped bring to the forefront. Dr. Oz has pushed for gun control and abortion many times in the past, among other very ‘progressive’ stances.

“Some will say that Trump was in the same boat as a former Democrat who endorsed similar stances. The difference is we saw a demonstrable shift in Trump over the years as he softened on both his former pro-choice stance as well as his pro-gun-control positions. We haven’t seen that with Dr. Oz.

“It wasn’t until he decided to run as a Republican that he started trying to erase his past. The comparison in ‘evolutions’ between Trump and Dr. Oz are not valid.”

Rucker continued: “Despite having strong America First values that defy globalism and promote freedom, Trump has surrounded himself with people who did not share those values. He had in his White House people like Omarosa Manigault, Rex Tillerson, Reince Priebus, H.R. McMaster, and a dozen others I could name off the top of my head who defied the values that Trump espouses.”

Rucker did not limit his criticism of Trump to his endorsement of Dr. Oz. He noted his irritation with Trump’s “continued promotion of the [COVID] jabs.”

“Considering all we know about the adverse reactions, lack of efficacy, and the conspiracy of indefinite jabs that is manifesting before us, I really wish he’d stop bragging about them,” Rucker noted. “He’s against mandates so I’m not ready to drop support over the jabs. It’s just annoying.”

The open Senate seat is being vacated Sen. Pat Toomey, R-Pa., who is not seeking reelection. 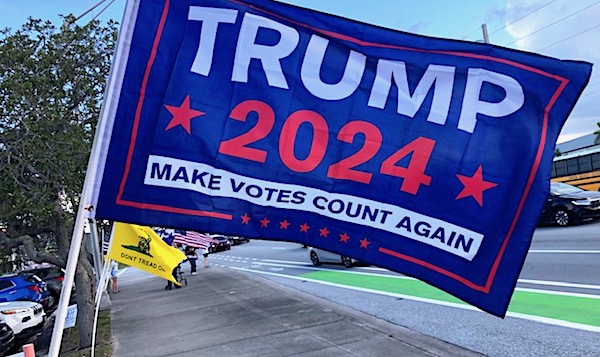