'You can't unsee it!' Mind-blowing double and triple meaning in 1 resurrection verse 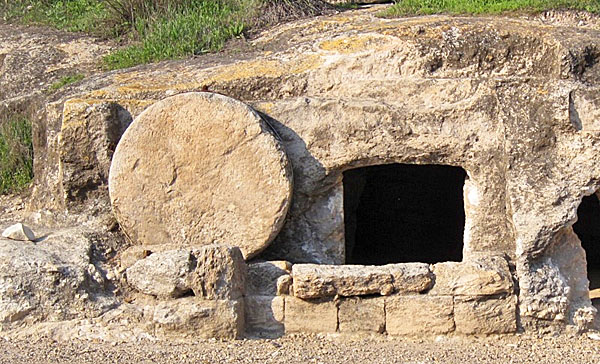 As millions of believers commemorate the death and resurrection of Jesus Christ, they may be stunned to learn one of the most famous Bible verses dealing with the event is actually packing additional, hidden meanings that make the episode even more spectacular.

This according to a Christian author who is shining the light on the hidden content of Scripture.

The line in question is from the beginning of the 20th chapter of the Gospel of John where it states: “On the first day of the week Mary Magdalene came to the tomb early, while it was still dark. She saw that the stone had been removed from the tomb” (John 20:1 CSB).

“On the physical level, most people already understand what’s happening in this passage,” says Joe Kovacs, author of the new best-seller, “Reaching God Speed: Unlocking the Secret Broadcast Revealing the Mystery of Everything.”

(Note: Due to extraordinary demand, Amazon has temporarily sold out of hardcover editions of this book, but paperbacks are still available. The publisher is reprinting hardcovers at this time. Meanwhile, hardcover versions may still be available through other booksellers, including Barnes & Noble, Books-A-Million, and ConservativeReaders.)

“There’s a believing woman in the person of Mary Magdalene arriving at the tomb of Jesus early Sunday morning and she sees the rock had been removed from the tomb.

“But when we open our spiritual eyes to see and ears to hear, this verse is broadcasting a mind-blowing double and triple meaning that sums up the phenomenal message of the Scripture in one single sentence. Once you understand it, you can’t unsee it!”

Kovacs says the sentence to focus on is: “She saw that the stone had been removed from the tomb.”

“Beyond the physical event that everyone already understands, there is a Spirit-based parable message being aired here, and to grasp its meaning, we only need to connect the dots with the rest of the Bible. It’s actually quite easy and fun to do.”

“Let’s start with the stone. We all know what a stone is. It’s a rock. And who famously is called a rock as well as a stone in the Bible? Yes, it’s Jesus Himself!”

Just a few of the verses calling Jesus a rock or stone include:

Kovacs says the second word to focus on is “tomb.”

“We all know what a tomb is. It’s a grave. It’s where dead people are,” the author says. “And interestingly, Jesus even likens PEOPLE to tombs at times, especially when He’s talking to hypocrites.”

As He said: “You are like whitewashed tombs, which appear beautiful on the outside, but inside are full of the bones of the dead and every kind of impurity” (Matthew 23:27 CSB).

“Even though we think we’re alive, unless and until we come to God, we’re actually the walking dead, and Jesus called people that when He said, ‘let the dead bury their dead’” (Matthew 8:22).

“To drive this point home, the very next verse of the Bible has Mary uttering these words confirming the thought: ‘They’ve taken the Lord out of the tomb’ (John 20:2 CSB). 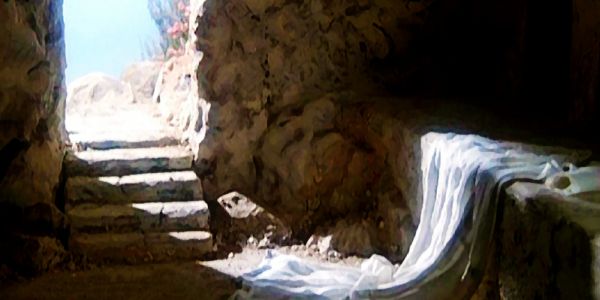 “So yes, there’s a secondary meaning in addition to the physical one of merely seeing a solid rock removed from the grave. It is the Ultimate Rock, Jesus, being removed from the tomb. But if that’s not enough to astonish you, there’s a third meaning as well.”

The author, known for his “Shocked by the Bible” series, says not only do stones and rocks represent God Himself, they can also represent human people.

“Those who read the Bible know it’s no secret that Jesus called Simon His apostle ‘Peter,’ a word meaning ‘stone‘ or ‘rock,” says Kovacs. “And this stone called Peter can represent all believers who repent of their sins to follow God and feed the sheep, as he was famously told to do in John 21:17.

“Scripture also refers to all believing people as ‘living stones’ in 1 Peter 2:5. 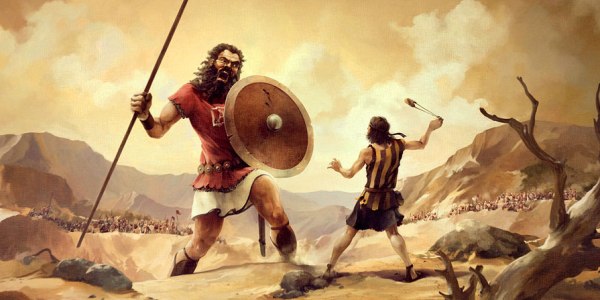 “So let’s again connect the dots from the Gospel of John, keeping in mind that God often is ‘declaring the end from the beginning’ (Isaiah 46:10 KJV). When the verse says ‘the stone had been removed from the tomb,’ this is also a prophecy for the future for all people who come to follow God. Because we ourselves are the stones that will be removed from our own personal tomb, our body of death, our grave of perishing flesh. Like Jesus, we will be removed from our grave when we are resurrected from the dead and granted everlasting life!”

“With ears to hear, the glorious conclusion for your life is no longer hidden. So when we hear someone say, ‘He is risen’ (Matthew 28:6), it’s not just directly referring to Jesus rising from the dead, it’s also alluding to the wondrous immortality for every single person who truly follows Him in order to get out of his or her own tomb.”

The book rocketed to the #1 position in several Amazon categories even before its official release.