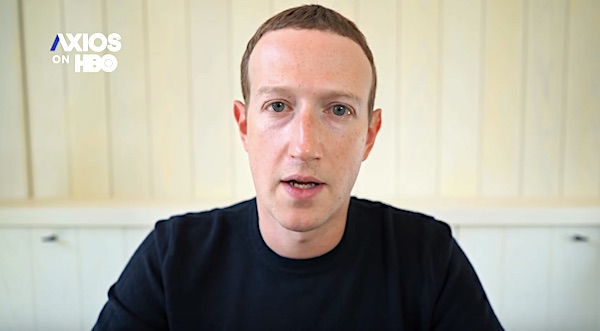 The non-profit that played a major role in distributing Mark Zuckerberg’s $400 million in grants for election operations in key districts in 2020 announced it won’t engage in that controversial activity in the upcoming 2022 midterm elections.

The decision by Center for Technology and Civil Life (CTCL) came shortly after the release of the documentary film “Rigged: The Zuckerberg-Funded Plot to Defeat Donald Trump,” which contends the Zuckerberg money persuaded governmental entities to adopt policies that compromised vote integrity, likely affecting the outcome of the presidential election.

It’s a “big deal for us, one week after the film comes out, Mark Zuckerberg throws his hands up in surrender,” the film’s producer, Citizens United founder David Bossie, told the “Breitbart News Daily” podcast. “Obviously it’s a big victory for the film.”

CTCL said it will not distribute grants as it did in the 2020 election, DailyMail.com reported. Instead, it will focus on an $80-million, five-year effort, the British paper said, “to create a network for the nation’s thousands of local election officials, who can apply for aid to improve their technology and processes.”

CTCL received about $328 million from Zuckerberg money and awarded some 2,500 grants around the country. The movie “Rigged” found that 92% of those funds went to jurisdictions carried by Joe Biden in 2020.

“This is exactly what we were trying to achieve with our film – to shine a light on what Mark Zuckerberg did to fund voter turnout operations to elect Joe Biden by spending hundreds of millions of dollars in Democrat areas in get-out-the-vote efforts,” he said.

Bossie explained in a statement that the Zuckerberg money “turned what should be neutral government offices into ground game field offices, effectively, for the Biden campaign.”

“It’s wrong for any private individual to undermine the independence of elections offices, and the announcement that it will stop is an admission that we’re right,” he said. “Hopefully, the media will not wait to give this the attention it deserves, like they did when they suppressed the story about Hunter Biden’s laptop.”

Bossie described the Zuckerberg-funded plan as a “Democrat voter turnout operation from the beginning.”

Bossie pointed out that the news that the grants were stopping was announced by a spokesman, Ben LaBolt, who has worked for Democrats his whole career, including for Obama and Biden.

“It was transparently a Democrat ground game effort and we exposed it,” Bossie said.

Prior to the release of the documentary, a Zuckerberg spokesman, Brian Baker, dismissed it as “neither new nor newsworthy.”

But Baker conceded that “we’ve only seen two minutes” of the film “so far.”

Zuckerberg was given the opportunity to respond during the production of the film but never replied, Bossie said.

Before the film debuted April 5, he told Steve Bannon on “War Room” that amid so many issues related to the 2020 election, he and his team kept the film focused on Zuckerberg, based on the hard evidence of the IRS non-profit financial forms.

See the “War Room” interview with Bossie beginning at 19:00: