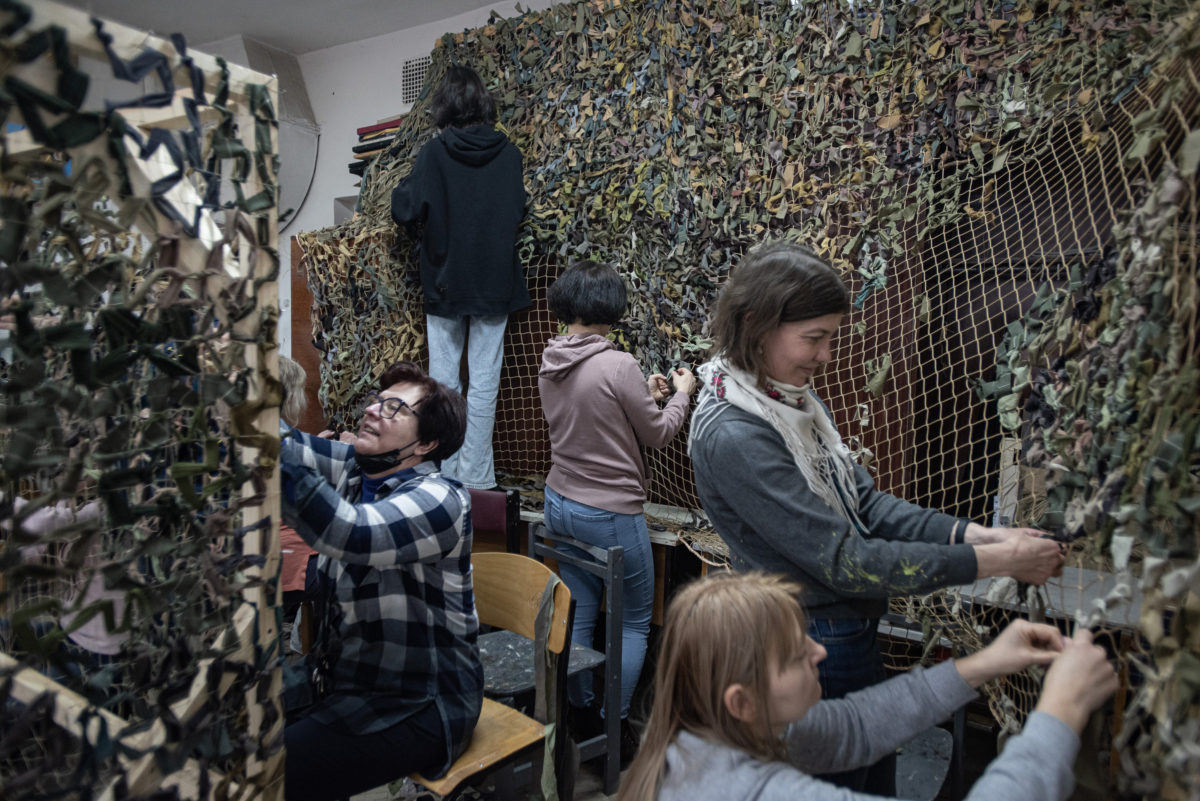 One — Reassuring an enemy what one will not do ensures that the enemy will do just that and more. Unpredictability and occasional enigmatic silence bolster deterrence. But President Joe Biden’s predictable reassurance to Russian President Vladimir Putin that he will show restraint means Putin likely will not.

Two — No-fly zones don’t work in a big-power, symmetrical standoff. In a cost-benefit analysis, they are not worth the risk of shooting down the planes of a nuclear power. They usually do little to stop planes outside of such zones shooting missiles into them. Sending long-range, high-altitude anti-aircraft batteries to Ukraine to deny Russian air superiority is a far better way of regaining air parity.

Three — Europe, NATO members, and Germany in particular have de facto admitted that their past decades of shutting down nuclear plants, coal mines, and oil and gas fields have left Europe at the mercy of Russia. They are promising to rearm and meet their promised military contributions. By their actions, they are admitting that their critics, the United States in particular, were right, and they were dangerously wrong in empowering Putin.

Four — China is now pro-Russian. Beijing wants Russian natural resources at a discount. Russia will pay for overpriced access to Chinese finance, commerce, and markets. Yet if Russia loses the Ukraine war, goes broke, and as an international pariah is ostracized, then China will likely cut the smelly Russian albatross from its neck — in fear of new Western financial, cultural, and commercial clout.

Five — Americans are finally digesting just how destructive the humiliating flight from Afghanistan was. The catastrophe signaled to Russia, China, North Korea, and Iran that Western deterrence had died.

No surprise that Russia sent missiles into a Ukrainian base near the Polish-NATO border. North Korea in January launched more missiles than in any month in its history. Iran sent missiles into Kurdistan. China announces daily it is just a matter of time until it absorbs Taiwan. The tens of billions of dollars of sophisticated weaponry sent to Ukraine by the West are still far less than what the U.S. military handed over to the terrorist Taliban.

Six — The Ukraine war did not cause inflation and record gas prices. Both were already spiking by early February 2022.

The cause was the Biden Administration’s year-long radical expansion of the money supply at a time of post-COVID, pent-up consumer demand. It foolishly continued de facto zero-interest rates. Its generous COVID subsidies for the unemployed discouraged a return to work, while slashing U.S. oil and gas production and pipelines.

Prior to Putin’s invasion, Biden was quite publicly blaming greedy corporations, oil companies, COVID, and former President Donald Trump for the inflation he had birthed in 2021. And he was claiming undeniable high prices were only temporary or mostly an obsession of the elite.

Seven — Putin did not invade during the Trump tenure, although he had been more aggressive under previous American leadership with his prior attacks on Georgia, Ukraine, and Crimea. Russia stayed still when oil prices were low, fuel supplies in the West were plentiful, and the United States was confident. When the U.S. was neither bogged down in optional military interventions nor led by a president predictably accommodating to Russian aggressions, Russia stayed quiet.

Eight — It is not “escalation” to send arms to Ukraine. The Russians far more aggressively supplied the North Koreans and North Vietnamese in their wars against America, without spreading the war globally. Pakistan, Syria, and Iran sent deadly weapons — many in turn supplied to them by Russia, North Korea, and China — to kill thousands of Americans during the Afghanistan and Iraq wars.

Nine — Putin may never fully absorb Ukraine as long as it can easily be supplied across its borders by four NATO countries. The U.S. deadlocked in the Korean War, lost the Vietnam War, was stalled in Iraq, and fled Afghanistan in part because its enemies were easily supplied by nearby border friends on the assumption the U.S. could not strike such abettors.

Ten — It is not “un-American” to point out that prior American appeasement under the Obama and the Biden Administrations explains not why Putin wished to go into Ukraine, but why he felt he could. It is not “treasonous” to say Ukraine and the United States previously should have stayed out of each other’s domestic affairs and politics — but still do not excuse Putin’s savage aggression. It is not traitorous to admit that Russia for centuries relied on buffer states between Europe — lost when its Warsaw Pact satellite members joined NATO after its defeat in the Cold War. But that reality also does not justify Putin’s savage attack.

We should not rehash the past but learn from it — and thereby ensure Putin is defeated now and deterred in the future.

Howie Carr: Say what? In Biden’s world, incoherence is the norm