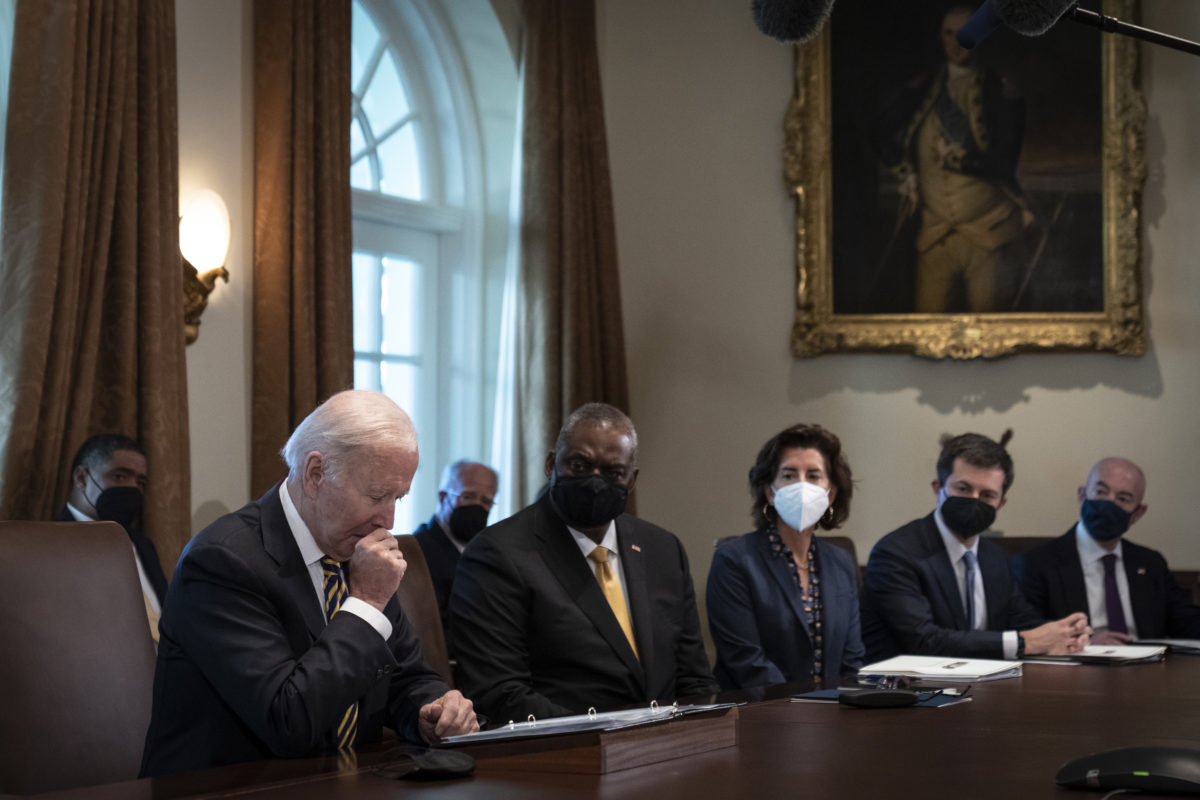 As the nation sinks inexplicably into self-created crisis after crisis, debate rages whether President Joe Biden is incompetent, mean-spirited, or an ideologue who feels the country’s mess is his success.

A second national discussion revolves around who actually is overseeing the current national catastrophe, given Biden’s frequent bewilderment and cognitive challenges.

But one area of agreement is the sheer craziness of Biden’s cabinet appointments, who have translated his incoherent ideology into catastrophic governance.

Secretary of Homeland Security Alejandro Mayorkas has essentially nullified federal immigration law. Over 2 million foreign nationals have illegally crossed the southern border without audit — and without COVID vaccinations and tests during a pandemic.

Mayorkas either cannot or will not follow federal law.

But he did create a new Disinformation Governance Board. To head his new Orwellian Ministry of Truth, he appointed Nina Jankowicz — an arch disinformationist who helped peddle the Russian collusion, Steele dossier, and Alfa Bank hoaxes.

While Jankowicz’s adolescent videos and past tweets finally forced her resignation, Mayorkas promises his board will carry on.

In the days before the recent Virginia election, grassroots parent groups challenged critical race theory taught in the schools.

In reaction and under prompts from teachers’ unions, Attorney General Merrick Garland directed both the FBI and the Justice Department to establish a special task force apparently to "investigate threats" from parents against school board members.

The FBI recently has been knee-deep in political controversies. It illegally doctored a FISA application to entrap an American citizen. Its former directors, under oath before Congress, either claimed faulty memory or admitted lying to federal investigators.

The last thing a scandal-plagued FBI needed was to go undercover at school board meetings to investigate parents worried over their children’s education.

We are in a fuel price spiral that is destroying the middle class.

Yet when Energy Secretary Jennifer Granholm was asked about plans to lower gas prices, she laughed off the idea as “hilarious.”

Later Granholm preposterously claimed, “It is not the administration policies that have affected supply and demand.”

Apparently haranguing those who finance fossil fuel production, canceling the Keystone Pipeline, suspending new federal oil and gas leases, and stopping production in the Arctic National Wildlife Refuge all had nothing to do with high fuel prices.

The huge Port of Los Angeles has been a mess for over a year. Since last fall dozens of cargo ships have been backed up to the horizon. Thousands of trucks are bottlenecked at the port.

During the mess, Transportation Secretary Pete Buttigieg was not at work. Instead at the height of the crisis, he took a two-month paternity leave to help out his husband and two newborn babies.

Such paternal concern is a noble thing. But Buttigieg is supposed to ensure that life-or-death supplies reach millions of strapped Americans.

This winter, trains entering and leaving Los Angeles were routinely looted in the Old-West style of train robbing — without much of a response from Buttigieg’s transportation bureau.

In Senate testimony Secretary of the Interior Secretary Deb Haaland refused to explain why her department is slow walking federal oil and gas leases at a time when Americans are paying between $5 and $6 a gallon for gas.

Haaland was unable to provide simple answers about when new leases will result in more supplies of oil and gas. Her panicked aides slid talking points to her — given that in deer-in-the-headlights fashion, she seemed incapable of providing senators with basic information about U.S. energy production on federal lands.

The United States is sending many billions of dollars worth of sophisticated weapons to Ukraine to combat Russian aggression. We rightly claim it is not a proxy war against Russia but instead an effort to help stop a brutal Russian invasion.

Why then did Secretary of Defense Lloyd Austin tell the world the very opposite in a fashion that could only convince Russians that our real aim in Ukraine is to destroy Russia as a superpower?

As Austin put it publicly, “We want to see Russia weakened to the degree that it can’t do the kinds of things that it has done in invading Ukraine.”

Even if that description of the agenda is true, why broadcast it — given Russia has over 6,000 nuclear weapons and its President Vladimir Putin is increasingly erratic and paranoid?

The common denominator to these Biden appointees is ideological rigidity, nonchalance, and sheer incompetence.

They seem indifferent to the current border, inflation, energy, and crime disasters. When confronted, they are unable to answer simple questions from Congress, or they mock anyone asking for answers on behalf of the strapped American people.

We don’t know why or how such an unimpressive cadre ended up running the government, only that they are here and the American people are suffering from their presence.