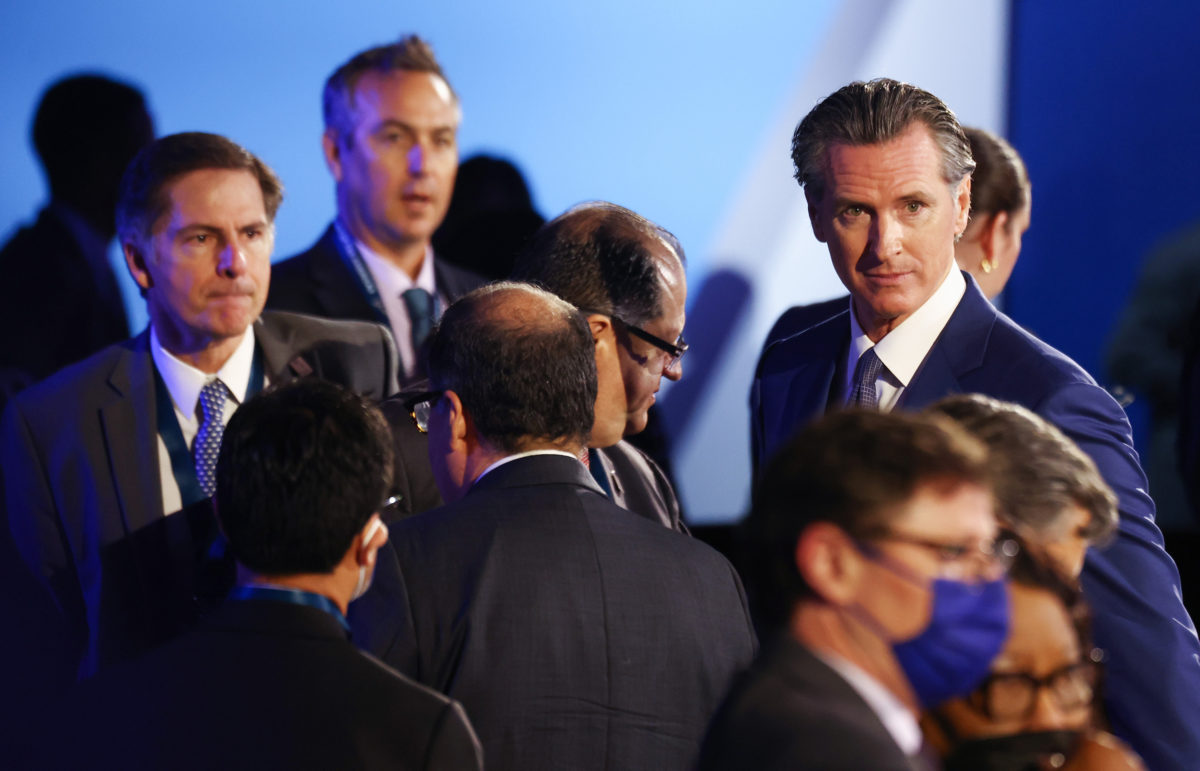 In a run-up to what is likely to be a 2024 presidential bid, California Governor Gavin Newsom hit upon the bizarre idea of boasting in commercials that California is America’s true “free” state.

Yet, with the most burdensome regulations and high tax rates, Newsom’s California is arguably the most unfree state in the union.

In return for these steep costs, the state’s public institutions, infrastructure, and services are among the country’s worst.

California’s once-vaunted freeway system is near the bottom of all state comparisons. California’s Highway 99, which runs the length of the Central Valley, is one of the deadliest roads in America based on miles driven.

Over half the nation’s homeless crowd the state’s major cities. One-third of America’s welfare recipients have flooded into the state. A fifth of the resident population lives below the poverty line. Well over a quarter of Golden State residents were not born in the United States.

State residents are not free to drive safely because of their decrepit freeways. They are not free from filthy and toxic sidewalks or dangerous physical assault in their major cities.

Public school children are not free to enjoy competitive educations. San Franciscans are not free to park their cars without fearing that they will be vandalized or stolen.

The destruction of these freedoms is in direct proportion to the confiscatory taxes that the state collects – the highest bracket of income and gasoline rates in the nation, among the highest sales taxes, and property taxes that soar due to inflated assessments in spite of a 1978 state constitutional amendment.

The destructive, dirty forest fires reflect a deliberate state policy of not gleaning the forests of dead trees, but rather letting the flammable debris serve as “natural” fodder for bugs and birds.

The state has not built a major reservoir in nearly 40 years.

In rarer wet years, millions of acre-feet of runoff and snowmelt simply cascade to the sea. Releasing such vital water apparently enhances 19th-century riparian landscapes – and discourages its own agribusiness.

Amid Newsom’s anti-Florida ad campaign, the governor was vacationing at the upscale digs of his Montana in-laws – escorted by his ample state-paid security detail. That is odd, given Newsom’s California labels Montana a homophobic hellhole, and will not even reimburse state employees who dare to convention there.

Hypocrisy and elite virtue signaling, however, are now trademarks of California politicians – and illustrate how little elected officials care for the victims of their ideological agendas.

Newsom bragged about his tough California mask mandate although it did not lower COVID-19 deaths per capita in any measurable degree than did the policies of the red states he so often trashes. He violated his own COVID mandates by dining at the upscale French Laundry restaurant and hanging out unmasked with Magic Johnson.

Newsom has done nothing to remedy his state’s soaring gas prices, terrible schools and infrastructure, or spiking crime. But he did virtue signal about giving illegal aliens millions of state dollars in COVID relief.

Rather than develop California’s rich gas and oil reserves, Newsom promised strapped motorists that he would send them a one-time fuel gift of $400.

House Speaker Nancy Pelosi, D-Calif., likewise, hectors Californians to mask and quarantine – all the better for her to sneak around unmasked at her hairdresser’s, or to jet to the beaches of Tuscany.

Former senator and current Chinese government lobbyist Barbara Boxer retired to an estate in Rancho Mirage. Recent Governor Jerry Brown isolated himself on his 2,500 acres in Grass Valley – idyllic locations far away from the education, infrastructure, and urban disasters that exploded under their tenures.

So it is Orwellian for Newsom to brag about a “free” California that supposedly will entice Floridians or Texans. In truth, over the last decades hundreds of thousands of Californians and billions of dollars of wealth fled the now inert California for a far freer Florida and Texas, among other states.

By voting with their feet and bank accounts, California’s expatriates considered these destinations far superior to their home state: safer, cheaper, better managed, and freer.

Newsom resembles a pathetic owner of a once successful, but now run-down, high-priced gas station without clients. In jealousy, he flails and screams at the newer, gleaming competitor across the street, with superior service, lower prices, and better value – and jam packed with his own former but now wiser customers.