Victor Davis Hanson: The Left should be happy with Biden 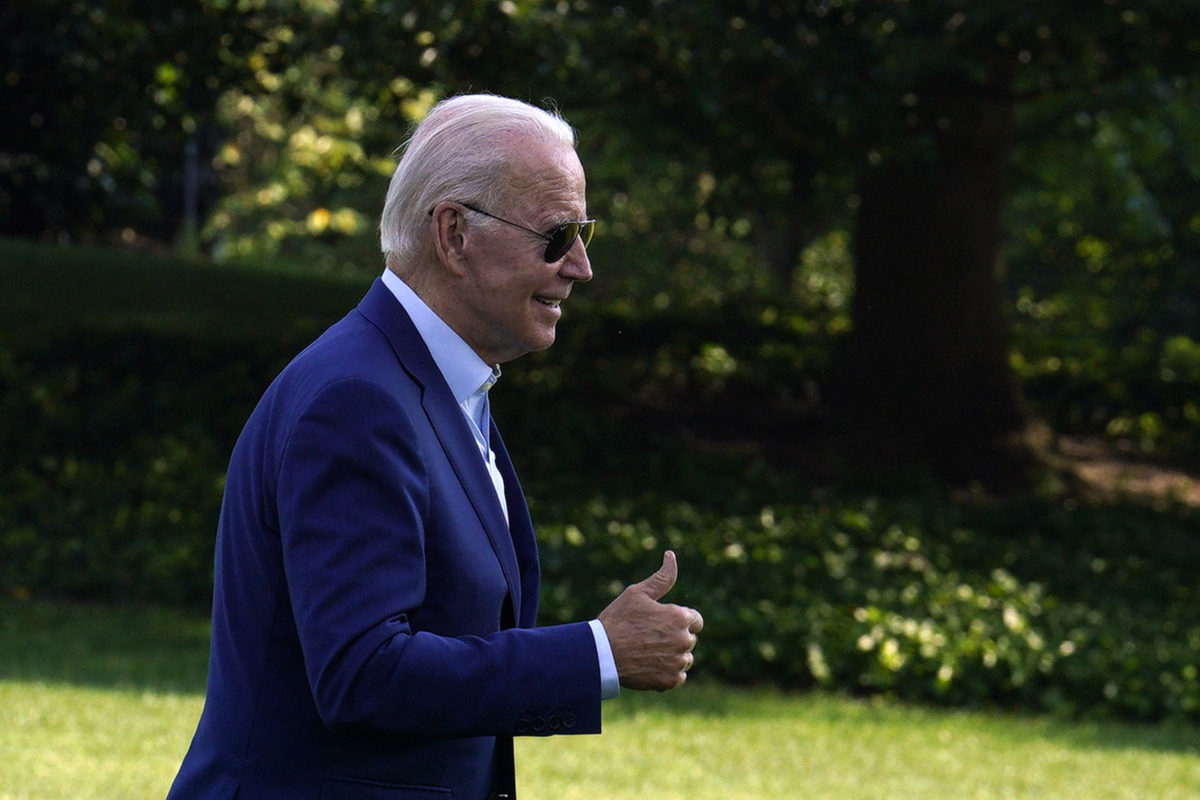 The Left should be ecstatic that President Joe Biden has given them everything they wanted.

The Left likes inflation. It reduces the value of old money by printing lots of new money. Those richer who have it, lose the value of their money; those poorer who don’t have any money, suddenly do.

When combined with low interest rates, inflation roars even louder. Not since former President Jimmy Carter has a Democrat been so insistent on inflating the money supply.

For decades, the Left has amplified former Energy Secretary Steven Chu’s 2008 dream that the government must spike fuel costs up to European levels. That was seen as the best way to force unsophisticated Americans to quit burning gas and transition to renewable energy. Biden took that sermon seriously.

He canceled federal energy leases. He shut down drilling in the Arctic National Wildlife Refuge. He canceled pipelines and warned the oil industry its days were numbered. Biden has done more than any other Democrat to ensure fossil fuels were unaffordable, forcing America’s supposedly unthinking consumers to drive less or consider ditching their gas-engine cars altogether.

The hard American Left always wanted unlimited illegal immigration. Biden agreed and has been lax on security at the southern border.

The result is that in less than two years, nearly 3 million illegal aliens have surged into the United States. Nearly all of them arrived unvaccinated, untested, and inadequately vetted during the height of the COVID-19 pandemic.

Biden worries little that record numbers of Americans are dying from drugs that now pour across the border. Cartels became richer and more powerful than ever under his watch, while child traffickers were freed from worries.

Biden did more than any prior Democrat to ensure massive illegal immigration as part of the leftist dream of flipping red states blue by changing the demography.

The Left rails about imperialism, neo-colonialism, and military expenditure. Biden, without warning, simply yanked all U.S. troops from Afghanistan. He abandoned a $1 billion new embassy, a $300 million refitted U.S. air base, and $80 billion worth of sophisticated arms and equipment.

In other words, Biden did more than any other prior Democrat to ensure the United States was humbled abroad, and its expeditionary forces taught a lesson about the evils of foreign interventions.

The Left fetishizes race. It enshrined the idea of “good” racial discrimination: to stop racial bias, one must be racially biased.

Biden was the first president to promise in advance that his vice-presidential running mate had to be both black and female. For his cabinet picks, Biden ignored most criteria of prior experience or specific expertise, but instead ensured that his administration was “diverse.”

No prior Democratic president has been so beholden to identity politics or so consistently used de facto racial, gender, and sexual identity quotas in his presidential appointees.

The Left for years has railed about the criminal justice system. It believes punishment does not really deter crime, which is instead a result of racism and a toxic capitalist system.

No prior president has managed to weaponize the Pentagon, the FBI, or the CIA in ways that have transitioned them from traditional institutions to woke avatars of social revolution.

No prior Democratic president has so attacked conservatives, a strict-constructionist Supreme Court, and the Republican Party.

So why is the Left so eager to oust Biden or at least ensure that he does not dare seek reelection in 2024?

Strangely, leftists do not grasp that Biden’s current record and unpopularity are due not just to his unmistakable cognitive decline. The problem is not just his often-toxic personality, or his creepy habits of trying to shake the hands of invisible people or violating the private space of younger women.

Instead, the Biden Administration has become an utter failure because voters detest its agendas. They recoil at $5-a-gallon gas. They feel their lives are being destroyed by 9.1% annual inflation and supply chain shortages.

The public is tired of near record annual increases in murders and other violent crime.

They are sickened by the tsunami of dangerous drugs pouring across the border and millions of foreign nationals entering their country without their permission.

They are irate that the Biden cabinet never responds to these disasters. Instead, the administration denies the crises even exist.

Or it blames its own self-created messes on the Russians, or Trump, or their own Democratic senators who balked at printing more trillions of dollars.

Now the Left is looking for a younger, more charismatic, and more glib replacement president to advance their stale unpopular agendas.

But since when has changing an inept messenger ever changed a disastrous message?