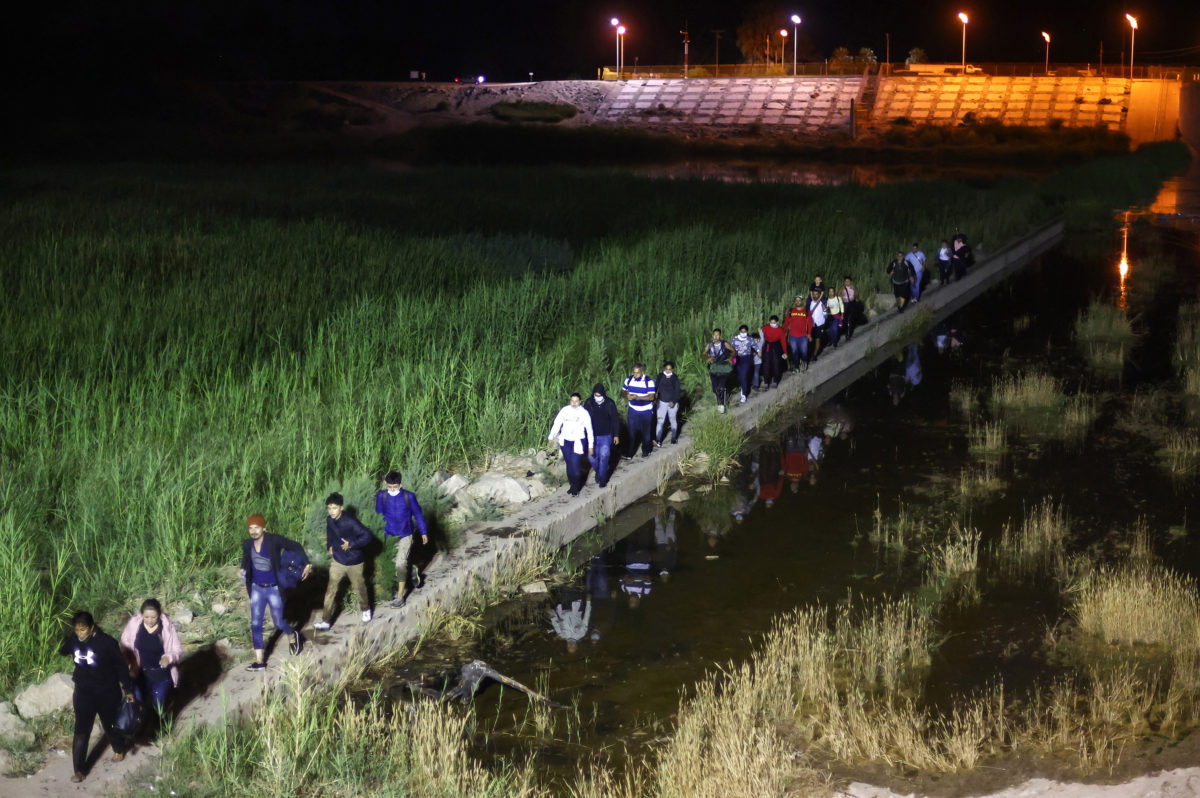 I recently led a group of about 100 citizens to tour Israel for nearly two weeks. Before returning to the United States, all participants had to indicate their vaccination status and take a COVID-19 test for reentry.

Anxieties swept the group as Israeli testers swabbed them.

Anyone testing positive would have to delay his or her return. That quarantine would entail spending thousands of dollars in finding scarce hotel accommodations, additional living expenses, and rebooked airline tickets – depending upon the length of the mandatory sequestration.

Contrast the tens of thousands of foreign nationals now mustering to cross illegally into the United States again this summer. They follow the already 2 million who have entered the country unlawfully since Joe Biden became president.

Does any foreign national worry about being tested for COVID-19, much less fear being turned away if he tests positive or for lack of proof of vaccination?

Or do we scrutinize far more carefully U.S. citizens entering legally their own country than we do noncitizens crossing our borders unlawfully?

For that matter, the government is still determined to fire thousands of federal workers and U.S. military personnel who refused the new mRNA vaccinations. Most citizens who were not vaccinated feared that the inoculations were either possibly dangerous to their health or ineffective in preventing COVID-19 infections or would not necessarily lead to herd immunity.

Are 2 million non-vaccinated foreigners arriving unaudited from impoverished countries less of a threat during the pandemic than fully audited American citizens employed by the federal government? Why would we fire unvaccinated Americans but welcome equally unvaccinated noncitizens?

Yet it just appropriated $40 billion to Ukraine to ensure that it does not lose its border war against Russian aggression.

That is a tiny percentage of the federal budget. But the aid is full of symbolic irony, nonetheless. The multibillion-dollar appropriation would have more than covered the completion of the entire wall along our own southern border.

An outside observer might conclude that the U.S. government intends to uphold the universal idea of national sovereignty, internationally recognized borders, and the security of citizens inside their own country – as long as they are not American citizens.

There are currently over 550 “sanctuary” jurisdictions established by state and local governments. They aim to prevent federal immigration authorities from deporting illegal aliens, including tens of thousands detained by law enforcement for committing additional crimes.

The nation has not experienced such blatant nullifications of federal laws since the efforts of pre-Civil War Southern states – or the 1960s southern governors who defied federal efforts to enforce U.S. civil rights legislation.

So, can any citizens now simply vote to declare their hometown or local county immune from federal legislation?

That is, can a city or county nullify as it pleases the IRS tax code, endangered species laws, or federal gun registration legislation?

Or is nullification only permissible in the interest of non-citizens and lawbreakers?

We have developed entire classes of American elite citizens who are not subject to the enforcement of the law – at least as it is applied to others either less influential or ideologically incorrect.

Federal prosecutors sought to jail Lt. General Michael Flynn for six months for not telling the truth to federal agents.

They put another Trump subordinate, George Papadopoulos, in jail for two weeks for lying to federal prosecutors.

Recently the FBI stormed into an airport to arrest former Trump advisor Peter Navarro for contempt of a congressional subpoena.

Did the FBI ever arrest Holder, much less as he boarded an airplane?

Andrew McCabe repeatedly lied to federal investigators as acting director of the FBI.

Were any of them arrested or tried in the manner of Flynn, Papadopoulos, or Navarro?

If not, what then is left of the foundation of U.S. citizenship – universal equal treatment under the law?

There are lots of reasons why the looming November midterms will likely see historic levels of pushback against the Biden Administration, Democratic candidates, and the entire progressive agenda.

Take your pick of the many self-induced Biden disasters, among them hyperinflation, unaffordable gasoline, out-of-control crime, and foreign-policy humiliations.

But one reason why voters are furious is rarely expressed.

Americans feel that ordinary citizens like themselves who follow the rules are treated more harshly by their own government than are both non-citizens and our own progressive elites.

And they are right, and they are angry, and we will hear from them very soon.