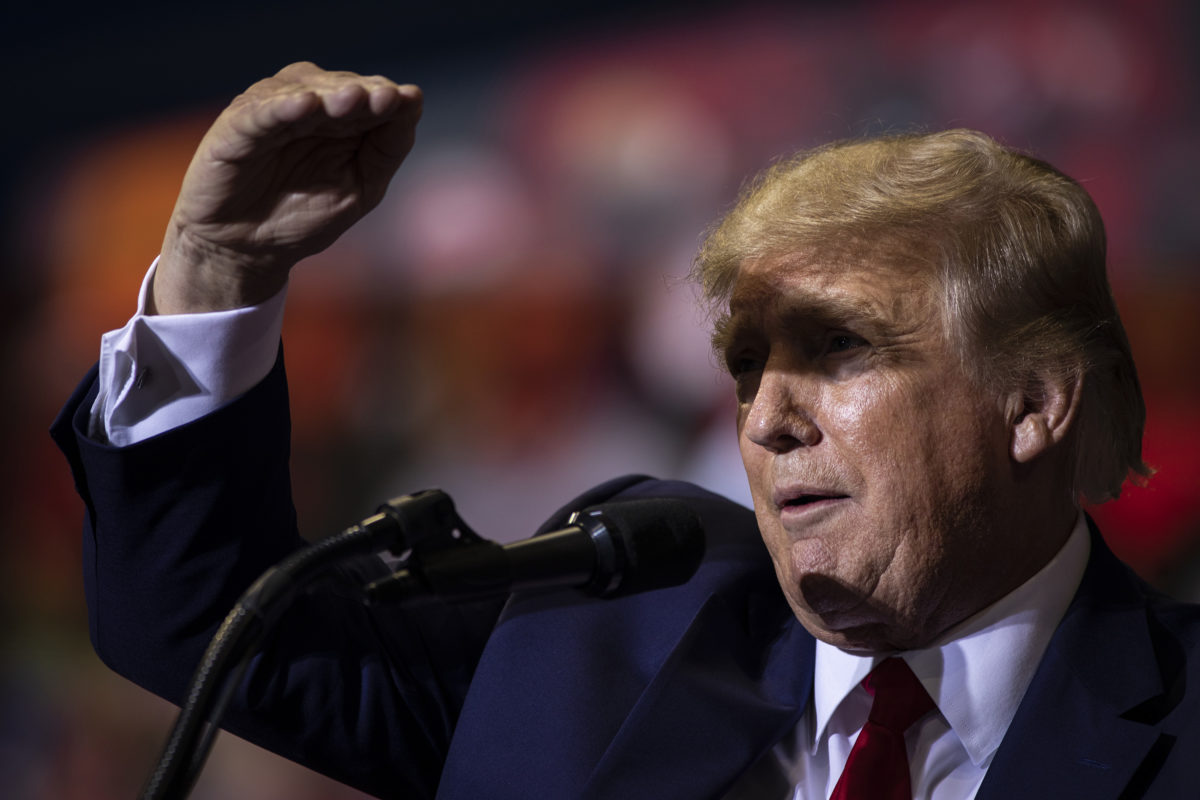 Former President Donald Trump has signaled he will announce his presidential intentions after the November midterm elections. Yet his record of endorsements is quite mixed. By the sheer numbers of winning primary candidates his stamp of approval is impressive, but in a few of the most important races, not so much.

The disaster that is the Biden Administration has been a godsend for Trump. Had President Joe Biden simply plagiarized the successful Trump agenda, there would have followed no border disaster, no energy crisis, no hyperinflation, and no disastrous flight from Afghanistan.

Had Biden followed through on his “unity” rhetoric, he could have lorded over Trump’s successful record as his own, while contrasting his Uncle-Joe ecumenicalism with supposed Trump’s polarization.

Of course, serious people knew from the start that was utterly impossible. A cognitively challenged Biden was a captive of ideologues. Thus, he was bound to pursue an extremist agenda that could only end as it now has — in disaster and record low polls.

Still, how ironic that the Biden catastrophe revived a Trump candidacy. Biden likely will cause the Democrats to lose Congress. His pick of a dismal Kamala Harris as vice president has likely ensured, for now, fewer viable Democratic presidential candidates in 2024.

So, will Trump run?

Some logic might dictate that Trump not try a second campaign. He would be 79. The recent record of doddering septuagenarian and octogenarian politicians — Biden, Nancy Pelosi, Dianne Feinstein — has warned Americans that one’s late 70s certainly are not, as the Baby Boomer generation may try to hype, the “new 50s.”

His family would again be targeted and unfairly maligned.

An otherwise nihilist progressive and media agenda would reawaken solely to destroy Trump — not his policies against which the Left has offered nothing of substance.

Candidates like Florida Governor Ron DeSantis, former Secretary of State Mike Pompeo, and U.S. Senator Tom Cotton, R-Ark., are all close with or have worked for Trump and would, more or less, carry though the Trump agenda.

The Trump record itself between 2017 and 2021 would be assessed more positively, especially in comparison to what preceded and followed it, and with Trump in retirement.

On the other hand, in 2016 the Republican field was also hailed as a dream team. Wisconsin Governor Scott Walker was acclaimed as the hands-on pro who ran a purple state, battling successfully public-employee unions and left-wing monied special interests.

We know how that field ended.

Trump supporters would counter that a wiser Trump would hit the ground running. He would likely not recruit disloyal outliers or Republican Party apparatchiks.

Much less would he trust the ossified hierarchy of the FBI, CIA, DIA, CDC, NIH, or any of the other alphabetic, deep-state soups.

The Trump base would add that a non-Trump Trump candidate would never endure, much less brawl against, left-wing madness. They would claim that avoiding cul-de-sac spats while doubling down on the Trump agenda sounds nice — in the fashion that, theoretically, there could be sunshine without the sun.

In the end, none of the above considerations will likely matter.

Instead, the outcome of the midterms will tell a lot. A clear but not overwhelming Republican win will likely discourage Trump and empower his critics.

But a historic blowout will spur Trump. In the end, even if most Republicans would prefer he not run, they will likely vote for him over the hard-left alternative.

As for the Democratic landscape, it will not be the case that Joe Biden may choose to run. He will not run because the decision will not be his.

Even if he manages to last another two years in office, Democratic grandees know his cognitive faculties are eroding rapidly. They read polls and know what his non compos mentis optics have done to their party.

These same interests are just as terrified of Senators Bernie Sanders, I-Vt., and Elizabeth Warren, D-Mass. Those two believe that the Biden disaster was not due to his embrace of hard socialism, but to his insufficient embrace of socialism.

Given the poverty of alternatives, all sorts of names will arise, from Mike Bloomberg-like billionaires and Michelle Obama to most of those dismal 2020 primary retreads.

In the end, a Republican nominee can win who convincingly promises a secure border, a pathway to a balanced budget, energy independence, a crackdown on crime, and a strong, nonpolitical military with a commitment to missile defense.

And the nominee would have to do all that neither with gratuitous insults nor playing by wishy-washy Marquess of Queensberry rules against those whose toxic agendas here and abroad have created the present disaster.