Victor Davis Hanson: Why ideology is the ancient enemy of civilization 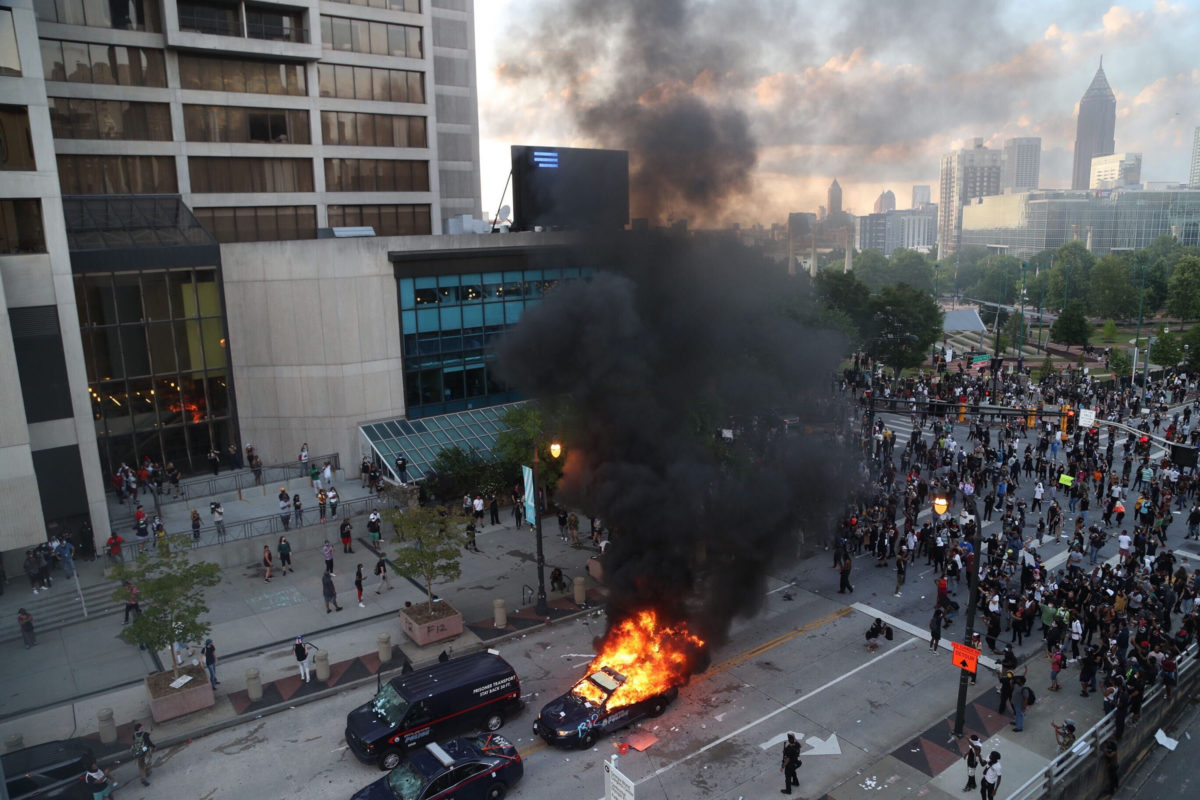 What ultimately destroyed the evil empires of Nazi Germany and Soviet Russia were bankrupt dogmas. Crackpot ideology destroyed free expression. It ruined meritocracy and ensured unequal application of the laws – and so paved the way for far worse.

The Nazi idea of a superior Aryan race adjudicated everything from physics to tank design. Soviet commissars did the same, subordinating rational thought to communist agendas.

Zealots in both systems infiltrated the universities and schools to institutionalize indoctrination.

Wokeism, while not yet as lethal, is similar. Racial wokeism posits that the race and gender of the vice president and the next Supreme Court justice subordinate all other considerations.

But will the current vice president and next Supreme Court justice commensurately select their own future surgeons, or their upcoming airline pilots, on the same predetermined race and sex criteria?

Why were most Antifa and Black Lives Matter criminals who looted, destroyed, and assaulted during the 120 days of summer 2020 not charged, much less tried? Why, in contrast, were the January 6 rioters or the current Canadian truckers treated disproportionately harshly by the media?

Had the same rioters on January 6 been waving pride flags and BLM banners, would some of them have been sitting for a year in solitary confinement and still uncharged?

Had the criminal protestors and looters of summer 2020 been wearing red MAGA hats, would they also have mostly gotten off without charges?

What would have happened had conservative demonstrators cut out a police-free “MAGA Zone” in Seattle rather than the exempted Capitol Hill Autonomous Zone? Would police have similarly left it alone, and the media similarly romanticized such illegality?

One of the reasons the COVID-19 lockdown and mask policies lost public confidence was their utter corruption by ideology.

When thousands in June 2020 brazenly defied quarantines – and yet were excused by over 1,000 healthcare professionals claiming that woke agendas justified violating quarantine laws – then millions of Americans concluded government policy was as much about identity politics as saving lives.

Which politicians in 2020 trashed the vaccine programs and declared they would likely not get inoculations – if they were endorsed by then-President Donald Trump?

If Trump is demonized as a destroyer of election legitimacy, what then are we to say of the beatified Stacey Abrams? She lost the Georgia gubernatorial race by more than 50,000 votes. Yet for years, she has maintained the voting was rigged and the elected governor is illegitimate.

In 2000, who challenged for weeks the vote count, despite numerous public and private audits confirming George W. Bush’s popular vote victory in Florida?

Who in 2004-2005 – for only the second time in history – challenged in Congress the Electoral College vote? In whose party were the 31 House members and one senator who forced a congressional vote in a failed effort to overturn the election?

Who in 2016 ran ads for weeks after the election, beseeching the chosen electors to violate their constitutional duties, ignore their state vote tallies, and instead vote for Hillary Clinton?

And who in 2016 claimed her victorious opponent was elected president illegitimately? Who bragged she was joining the “resistance” to undermine his presidency? Who advised Joe Biden in 2020 not to accept the election result if he lost?

If conservative zealots were ransacking American stores, carjacking innocents in the major cities, and spiking murder rates to historical highs, would the Biden Administration be mobilizing law enforcement to ensure arrests, prosecutions, and incarceration? Would current city and county prosecutors continue to turn a blind eye?

If anti-communist Cubans by the millions were illegally crashing the southern border, would they be welcomed in as are those from Mexico and Central Americans?

If, by 2024, a Republican president enjoys a Republican Congress, what would be the reaction to conservatives who advocated ending the filibuster? Ensuring a national voting law requiring IDs at all the polls? Voting to increase the Supreme Court to 15 justices to guarantee at least six new nominations for the Republican-controlled presidency and Congress?

When ideology in places like Castroite Cuba, the old Soviet Union, and Venezuela warped the application of the law, destroyed the role of merit in assessing qualifications, silenced speech, and unequally applied the law, then society unwound.

In such ideological dystopias, eventually even the shelves empty, the currency becomes worthless, and the nation regresses into poverty and chaos. Is that the future we await?

Scarier still, ideology ensures that such chaos is heralded as success. Critics are demonized and hounded. And the obsequious state media assures the public that things are going just great.