16-64-year-old labor participation is still lower than before Covid, but not by much. Is this peak employment? 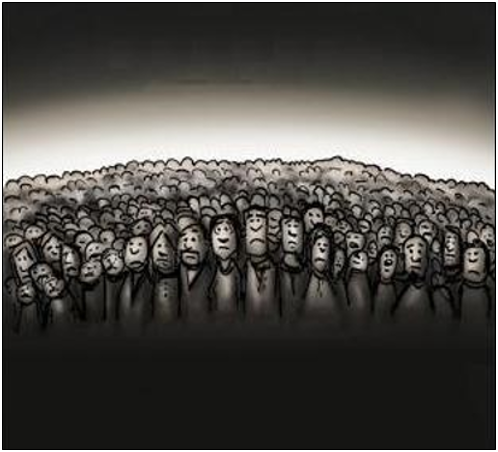 16-64-year-olds have almost fully returned to U.S. labor markets after the Covid pandemic, the latest data from the Bureau of Labor Statistics shows.

In Feb. 2020, right before the Covid pandemic would shut down the global economy for several months, labor participation among 16-to-64-year-olds was 74.4 percent. By April 2020, when more than 22.6 million jobs for 16-64-year-olds had been lost to economic lockdowns, 7.5 million of whom were knocked out of the labor force altogether, it had dropped to 70.7 percent, and by May 2022, it has returned to 73.9 percent.

That’s still lower than before Covid, but not by much, representing about 840,000 Americans who remain out of the labor force on a net basis after the pandemic.

The economy might still grow some and more jobs could be created over the next several months before any recession occurs, potentially closing the pre-Covid gap in labor markets.

But with consumer inflation still running at 8.3 percent and producer inflation at 11 percent, plus negative economic growth in the first quarter of 2022, it’s hard not to look at the current jobs numbers as anything other than peak employment that one expects to see towards the end of the business cycle.

To be certain, the recession signals are all over the place. We’ve documented a few of them in this column. Any time inflation gets over 5 percent, as it did in June 2021, recessions tend to result on average 14 months later. Whenever the spread between 10-year treasuries and 2-year treasuries — a reliable indicator that has predicted almost every recession in modern economic history — inverts, as it did in April, again, one might expect a recession on average within 14 months.

Those are averages, though. Sometimes, a recession strikes sooner after such a signal. Sometimes later. It’s not a hard science.

And then there are reasons to suggest that while an imminent recession appears to be on the horizon, it might not strike for several months or longer. For example, in every recession in modern history, the Bureau of Labor Statistics’ household survey has measured two consecutive months of jobs losses — and that has not happened yet. Despite the household survey showing 353,000 jobs lost April, it bounced back in May, gaining 321,000 jobs.

Meaning, another recession might still be months away, if it is happening at all. Which might be bad news for President Joe Biden. Gerald Ford and Jimmy Carter were two consecutive one-term presidents who faced high inflation and recessions in 1974, 1975 and 1980, respectively, or George H.W. Bush who faced the same problems in 1990 and 1991, leading to all of their respective reelection losses in 1976, 1980 and 1992. Donald Trump was similarly a one-term president who faced a massive recession via Covid in 2020, and went on to lose reelection.

Could the same thing happen to Biden?

On the other hand, Ronald Reagan had a major recession in 1982 during the Congressional midterms, but by 1984, the economy was already in fully recovery, inflation was dropping and Reagan went on to easily defeat Walter Mondale.

In each case, with the recession coming close to the presidential reelection cycle, the incumbent lost reelection. Given a little more separation, as with a Reagan, then a recession might appear to be a little more politically survivable.

Which brings us to the present case. The major cause for the current economic turmoil are the global supply chain crisis that began in 2020 when global production ground to a halt, plus the trillions of dollars that governments all over the world injected into the economy to offset the Covid lockdowns, resulting in supply shortages and inflation when the economy recovered sooner than expected.

With the war in Ukraine continuing, the failure to export as much wheat from Ukraine and Russia this year could have major impacts on any country that depends on food imports. And with global sanctions against Russia following its invasion of Ukraine, similar constraints are being put on the world’s oil and natural gas supplies. Meaning, the supply crisis is not going away anytime soon, and so any hope of averting a recession might be false hope. Stay tuned.

The post 16-64-year-old labor participation is still lower than before Covid, but not by much. Is this peak employment? appeared first on Daily Torch.

This post, 16-64-year-old labor participation is still lower than before Covid, but not by much. Is this peak employment?, was originally published on The Daily Torch and is republished here with permission. Please support their efforts.