A recession wasn’t inevitable, but Biden hasn’t avoided one either by ending the implied carbon tax 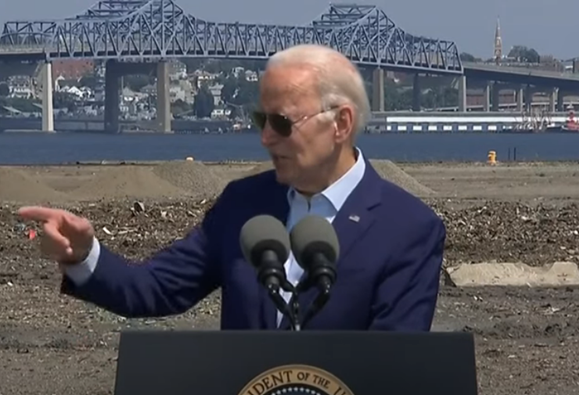 President Joe Biden wants to have it both ways.

Before the Congressional midterms, Biden wants to continue to depend on relatively strong labor markets data published by the Department of Labor’s Bureau of Labor Statistics in order to avert suggestions that the U.S. economy is either heading into recession or is already in one.

President Joe Biden told the Associated Press in June that a recession was “not inevitable”: “First of all, it’s not inevitable. Secondly, we’re in a stronger position than any nation in the world to overcome this inflation.”

But even labor markets may have already peaked. 315,000 jobs were lost in the Bureau of Labor Statistics’ household survey in June, the second month this year experiencing losses after 353,000 jobs were similarly lost in April. And initial unemployment claims have continued ticking upward on a seasonally adjusted basis. Since mid-March, when weekly claims hit a low of 166,000, now they are up over 251,000, the latest U.S. Department of Labor data shows.

All the while, Biden has appeared resistant to doing things that might well have averted a recession by boosting things like energy production, with the White House suggesting it wasn’t interested in long-term solutions to the high costs of petroleum and gasoline, but also natural gas that we need for electricity and home heating, through more drilling, citing long-term environmental concerns over carbon emissions.

And yet, more production is precisely the policy prescription that is called for when the problem is a supply shortage.

Biden correctly identified this problem himself when it came to semiconductors in his March 1, noting that in 2020, because of the Covid lockdowns, factories and industries slowed down production almost to a halt, and proposing to boost production here in the U.S. to overcome the shortfall.

And that was true across industries. The global economy stopped as tens of millions of jobs were lost. It was an artificial closure. And then, demand picked up before producers anticipated.

The same was true of energy production. As barrels of oil piled up, the price went to zero briefly in 2020. Even today, energy production remains below that of pre-Covid levels, when prices were much, much lower.

And that comes in spite of the war in Europe, where Russian oil and gas supplies are being cut off, and fuel and electricity costs have skyrocketed even more than here. Just recently, the Nordstream gas pipeline from Russia to Germany was briefly down for maintenance but only came back on at half its recent capacity.

If ever there was a time for Biden to pivot and put his green energy plans on hold for the sake of our allies — energy costs in Europe are much, much higher due to a massive squeeze — this was it.

And yet, just as the production halt was artificial, so too is the slowdown in ramping it back up. Biden doesn’t want to go back energy abundance of the Trump years. Ultimately, the green energy strategy is to make carbon fuels, despite their untapped potential, to be just as expensive if not more expensive than green energy, even as a shortfall in carbon energy tanks the economy.

When you want more of something, you subsidize it. When you want less of something, you tax it. In this case, it doesn’t exactly look like Biden is actually trying to “overcome the inflation” — which is the demand-pull inflation he described at the State of the Union — anytime soon by boosting production and ending the implied carbon tax. And maybe he’ll be the one who pays for it in November at the Congressional midterms.

The post A recession wasn’t inevitable, but Biden hasn’t avoided one either by ending the implied carbon tax appeared first on Daily Torch.

This post, A recession wasn’t inevitable, but Biden hasn’t avoided one either by ending the implied carbon tax, was originally published on The Daily Torch and is republished here with permission. Please support their efforts.