Are we about to go to war in Ukraine to stop the Nord Stream 2 natural gas pipeline from Russia to Germany? 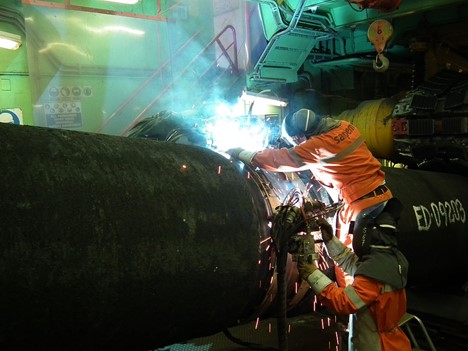 Is the world about to go to war in Ukraine to stop a natural gas pipeline from Russia to Germany?

That’s a question members of Congress should be asking themselves as the fate of the Nord Stream 2 natural gas pipeline hangs in the balance amid stark warning from President Joe Biden that Russia is about to invade Ukraine.

Begun in 2005, Germany under former Gerhard Schroder approved construction of the Nord Stream 1 pipeline, which was finished and went online in 2012, owned and operated by Nord Stream AG, a subsidiary of Russia state-owned energy giant Gazprom. Nord Stream 2 was built from 2018 and finished construction in Sept. 2021 at a cost of $11 billion, and would double the current pipelines’ distribution of 1.9 trillion cubic feet a year to 3.9 trillion cubic feet a year.

Germany already purchases about 55 percent of its natural gas from Russia before the new pipeline has even gone online. 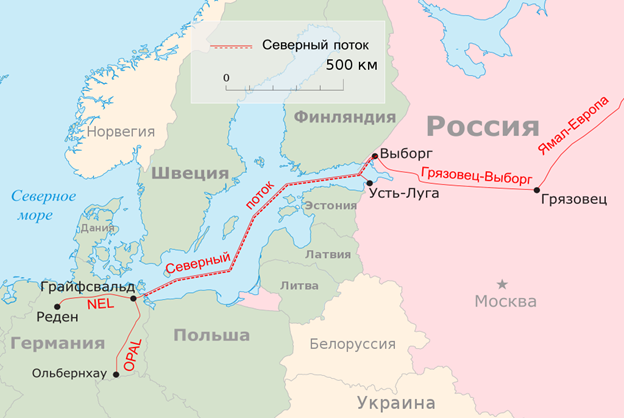 It was about that time, in Nov. 2021, that Germany delayed final regulatory approval of the pipeline project to about March 2022.

All the while, the U.S. and UK were expressing very strong concerns over the imminent approval of the pipeline. Ukrainian President Volodymyr Zelensky endorsed legislation the U.S. Senate by U.S. Sen. Ted Cruz (R-Texas) that would have restored sanctions against the pipeline. Ukraine makes good money off of gas transit fees from its pipeline network that delivers Russian gas to Europe. If more gas moves through Nord Stream 2, Ukraine makes less money, and Ukraine says it isolates them economically and makes the country more vulnerable to Russia.

But the legislation went nowhere. President Joe Biden signaled to Senate Democrats to kill the measure in the Senate so that he could use the pipeline in negotiations with Russia, Germany and Ukraine.

Suddenly, beginning in Dec. 2021, the U.S. began highlighting the threat of an imminent invasion by Russia of Ukraine, a danger that Ukraine has since sought to downplay, noting that the amount of forces on the border would not be enough to launch a full-scale invasion.

Within a few weeks of the invasion talk, Germany had agreed with the U.S. after pressure to declare that the Nord Stream 2 pipeline would be ended if Russia invaded Ukraine. Outwardly, the current rounds of diplomacy give the appearance of the West pressuring Russia, and in part using pipeline economics to stop an imminent invasion.

And that might be what the public thought about the issue, except Ukraine keeps saying an invasion is no imminent. Here, Zelensky’s challenge to Biden is more fundamental. He’s basically saying, “We don’t believe you” on the intelligence.

To be fair, not even Biden sounds fully convinced. Publicly, he said the intel is like “reading tea leaves” and then admitted he doesn’t know what Putin wants, stating, “this is all Putin.  I don’t think even his people know for certain what he’s going to do.”

Moreover, Biden explicitly took military force off the table when it comes to Ukraine, stating, “We have no intention of putting American forces or NATO forces in Ukraine.  But we — as I said, there are going to be serious economic consequences if he moves.”

Meaning, Biden hasn’t made a show of force. Biden threatened sanctions but essentially ruled out force to defend Ukraine. Then why’d he ring the invasion bell?

Will Biden next publicly present China’s plan to invade Taiwan, only to later suggest that the U.S. means to only apply minimal sanctions, or impose more tariffs on imported goods if they do invade?

Ukraine might have been better off without Russia knowing if we were willing to go to war over Ukraine. Biden said no.

Certainly, the troop movements, said to total about 100,000 troops on Russia’s borders with Ukraine and Belarus, appear real enough, but the lack of intelligence on Putin’s strategic intent could be what’s giving the Ukrainians pause in talking up the invasion threat. But it could be more bark then bite.

I think that the real pressure is on Berlin over the pipeline. The threat of war helps, even imagined.

Readers should recall that Germany has been a party with France in the Minsk peace talks between Russia and Ukraine since 2014 when the civil war there begun after the U.S. helped push former Ukrainian president Viktor Yanukovych out of power to get a European Union trade deal ratified – Biden wrote about it in his book – and Russia annexed Crimea. If Berlin kills the pipeline, it could undercut its present role as a mediator in deescalating the conflict.

Moreover, Germany has committed itself to reducing the country’s carbon footprint. Now they need more natural gas to offset their coal and nuclear electricity plant closures. That’s an important point, because that’s a policy preference shared by Biden.

Not to put too fine of a point on it, Biden’s global climate ambitions might not work without at least some Russian gas in the mix, which is likely why the Biden administration green lit the pipeline and waived sanctions on it in May 2021. It knows Germany needs gas to go green.

So, perhaps we’re trying to leverage Moscow on Nord Stream 2. Again, Biden initially greenlit the project but then had Germany do a 180 and delay final approval.

There are certainly winners and losers depending on what happens if sanctions are lowered.  The threat of war could keep sanctions and kill the pipeline. Is that what’s happening here?

Two keys to watch are both Ukraine and German.

On Ukraine, Biden clearly miscalculated going public with the invasion talk without the prospective ally, Ukraine, on board. Now he’s rung the invasion bell and needs Putin to deliver the war so that the U.S. doesn’t look dumb.

If we’re wrong about the invasion, will Ukraine be more or less inclined to listen to U.S. intel in the future?

And then there’s Germany, which still has a vested interest in importing more natural gas. It also values its role as a peacemaker between Russia and Ukraine.

A planned liquified natural gas terminal at the city of Brunsbuttel, a project former President Donald Trump was fond of as a potential alternative to Nord Stream 2, which originally was supposed to be done by 2022, may not get off the ground until 2025, if it happens at all, amid regulatory delays and a withdrawal of investor support, meaning, for the foreseeable future, Germany will depend on Russian gas from the Nord Stream pipelines.

Which might be why the pipeline ultimately gets approved and perhaps also why there won’t be another invasion of Ukraine. Maybe the Germans think the gas will be cheaper than war.

The post Are we about to go to war in Ukraine to stop the Nord Stream 2 natural gas pipeline from Russia to Germany? appeared first on Daily Torch.

This post, Are we about to go to war in Ukraine to stop the Nord Stream 2 natural gas pipeline from Russia to Germany?, was originally published on The Daily Torch and is republished here with permission. Please support their efforts.