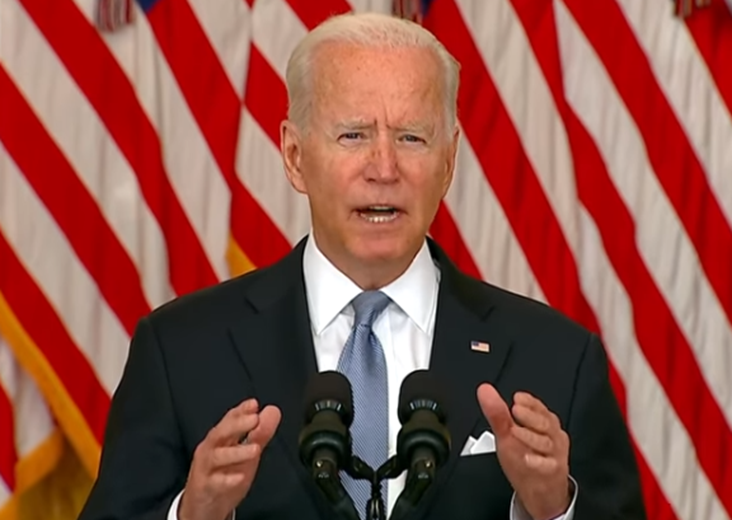 “I don’t have the capability to go out and extend operations currently into Kabul.”

That was Defense Secretary Lloyd Austin on Aug. 18 telling reporters that currently the U.S. military lacks forces to escort Americans stranded in Afghanistan to Kabul airport.

“And where do you take that? How far can you extend into Kabul and how long does it take to flow those forces in to be able to do that?” Austin added.

It’s a great question. And if President Joe Biden wants his legacy to be reminiscent or even worse than former President Jimmy Carter’s, then he should by all means stick to his arbitrary deadline of leaving Afghanistan for good on Aug. 31.

But with the government of Afghanistan fallen there as many as 11,000 or more Americans stranded — and thousands more Afghan and other NATO allies — outside the perimeter of Kabul airport, and many of them across the countryside, it is clear that logistically the Biden administration did not fully plan for evacuating everyone who needed to leave before the military withdrawal was complete.

On Aug. 16, Biden in addressing the nation admitted his team had no idea Afghanistan would fall so quickly: “The truth is: This did unfold more quickly than we had anticipated.”

In other words, Biden and company always anticipated that the government of Afghanistan would fall. What was unplanned was it occurred prior to the Biden’s Aug. 31 political deadline, throwing the evacuation into complete chaos.

Now, the Department of Defense is reporting it could evacuate up to 9,000 persons a day from Kabul—assuming they can get to the airport.

As reported by DOD News’ Jim Garamone on Aug. 17, “The evacuation operation is ramping up, and Kirby and Taylor said the U.S. effort could be airlifting between 5,000 and 9,000 people a day. Taylor said he anticipates one aircraft in and out of the airport each hour.”

Army Maj. Gen. William D. “Hank” Taylor, the Joint Staff’s deputy director for regional operations told reporters on Aug. 17 there are about 4,000 U.S. troops on the ground in Kabul. Biden had ordered 5,000.

So far, Taylor reports no violence: “We’ve had no hostile interactions, no attack and no threat by the Taliban… We remain vigilant. I want to reinforce that we are focused on the present mission to facilitate the safe evacuation of U.S. citizens, [special immigrant visa personnel] and Afghans at risk — to get these personnel out of Afghanistan as quickly and as safely as possible.”

Department of Defense press secretary John F. Kirby said U.S. military is in touch with Taliban commanders on the ground: “There is communication between them and us… And I would just let the results speak for themselves: … There’s been no hostile interactions from the Taliban to our operations at the airport.”

Of course, that is rather misleading. Since Biden announced the Aug. 31 deadline for withdrawal in April, the Taliban began a major offensive against Afghan security forces at the beginning of May.

According Long War Journal’s Bill Roggio, as of July 12: “The Taliban and its allies have taken control of 139 districts in the span of less than two months, nearly tripling the territory under its rule.” While there were a lot of surrenders, there was also a lot of bloodshed in this spring offensive.

By Aug. 14, Roggio reported the Taliban had surrounded Kabul and was otherwise in almost complete control of the country, taking 32 provinces: “The Taliban’s seemingly unstoppable offensive, which has seen the group take control of more than half of Afghanistan’s provinces in only nine days, is circling around the country’s capital and largest city in Kabul. Today the Taliban took control of the provinces of Paktika, Paktia, Laghman, Maimana and Kunar as well as Mazar-i-Sharif, Afghanistan’s second largest city, and is consolidating its control of the east in preparation for its culminating assault on Kabul.”

In the entire war, since 2001, Afghan security forces have lost 69,000 defending their country against the Taliban.

What is unclear is how and when Americans and others stranded outside the airport will be permitted to enter. The moment they are refused, they will become hostages of the new Afghan state.

And now with Secretary Austin’s admission that no help is coming, the Biden administration is already creating an even riskier situation for those still stranded. This is unacceptable.

Even if it takes longer than Aug. 31 or Sept. 11, Biden must ensure every American civilian and ally is evacuated from Afghanistan before leaving. Godspeed their safe returns!

The post Biden must ensure every American civilian and ally is evacuated from Afghanistan before leaving appeared first on Daily Torch.

This post, Biden must ensure every American civilian and ally is evacuated from Afghanistan before leaving, was originally published on The Daily Torch and is republished here with permission. Please support their efforts.