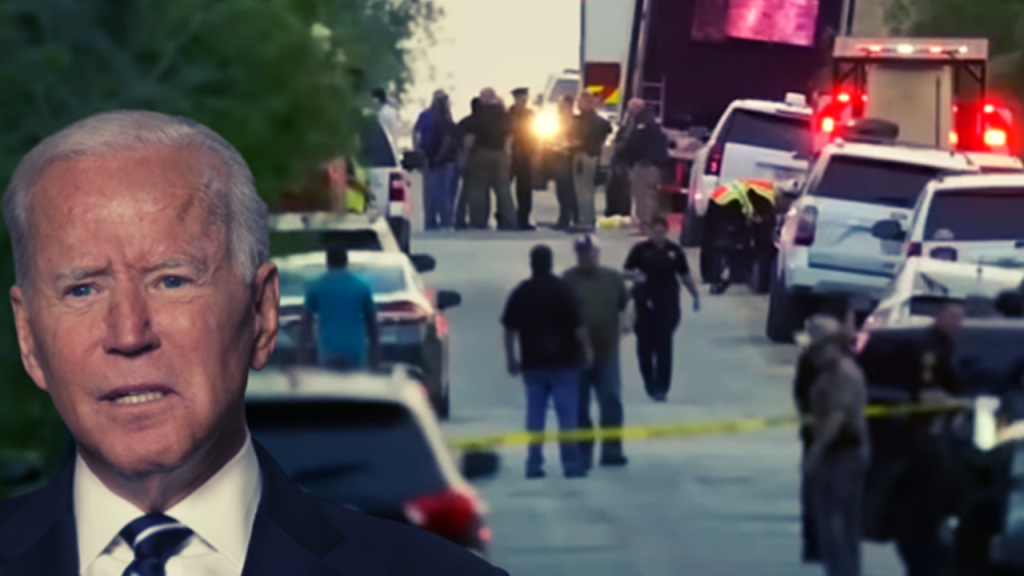 It’s no secret that President Biden has been dismantling the U.S. immigration system since he took office. Under his all-but-named open-border policies, an estimated 794,112 illegal immigrants have escaped into the United States. The crisis is accelerating as roughly 476,000 such crossings have been in the first six months of 2022.

The “successful” crossings at the U.S. border will continue to skyrocket, as more immigrants attempt to enter, with agents encountering a record 239,416 migrants in May alone.

As the number of immigrants arriving at the southern border continues to surge, officials in several Texas counties are calling on Governor Greg Abbott to take measures to address the problems. The officials, from Uvalde, Kinney, Goliad, and Terrell Counties, said that the situation was an “invasion” and called on Abbott to enforce federal immigration laws. The counties are in southwest Texas, near the border with Mexico. The Biden administration has clearly made the situation more dangerous for Americans as well as immigrants who are crossing.

This surge has resulted in a backlog of cases, leaving Border Patrol agents overwhelmed and unable to properly process and detain illegal aliens. In addition, Biden has ended many of Trump’s border security policies, making it easier for smugglers to bring large groups of people across the border.

On Monday, a shocking discovery was made in San Antonio, Texas- a tractor-trailer filled with illegal aliens, parked in a sparsely developed area. The police were called after a worker at a nearby building reported hearing people crying out from inside the trailer. When they arrived, they found the doors of the trailer had been shut tight, and the illegals inside were dying from the heat. This tragedy now stands as the deadliest smuggling attempt in history, and it is a direct result of President Joe Biden’s border security failures.

The Presidents of Mexico and Guatemala have expressed their own concerns. “It happens because there is trafficking of people and a lack of control, in this case at the Mexican-U.S. border, but also in the U.S. interior” said Mexican President Andrés Manuel López Obrador.

The Biden administration’s messaging on immigration has created “confusion” that human smugglers and traffickers have exploited, said Guatemalan President Alejandro Giammattei. Giammattei said smugglers know it’s easier to get people into the U.S. illegally under the Biden administration as a family, and that smugglers have used children, whether biological or not, to get their clients across the border.

Potential terrorism and drugs are a significant challenge with Biden’s policies. Border Patrol apprehended at least 23 people coming across the southern border whose names are on the terror watchlist in 2021. CBP seized 22 pounds of fentanyl earlier this month – two milligrams is enough to kill a person. 100,000 Americans died from overdoses last year, largely driven by Chinese fentanyl crossing the US-Mexico border. The Heritage Foundation says Biden’s policies are “making devastation and death the norm at our southern border”.

With an unprecedented humanitarian disaster and America’s national security at risk, when will Biden do something? People are dying and the concept of national citizenship is eroding. A majority of Latinos support keeping Title 42. Only a President bent on altering the demographics of America- at any cost- would go this far.

This post, Biden’s Border Policies: Death and Destruction Guaranteed, was originally published on The Daily Torch and is republished here with permission. Please support their efforts.