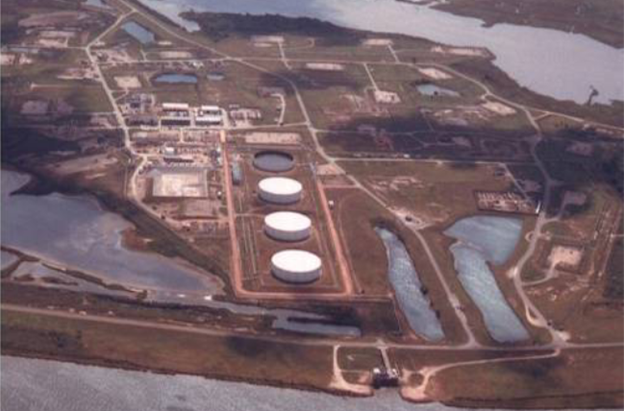 Americans received a nasty surprise when they learned today that much of the oil released from the nation’s Strategic Petroleum Reserve has been exported rather than refined domestically in the U.S. to lower the cost of gasoline at the pump.

President Joe Biden’s on-going million barrel a day release of oil from nation’s oil reserve has depleted it to levels not seen since 1968.  All at a time when the Biden administration has engaged in wholesale war against domestic energy producers under the guise of forcing energy transformation on America.

Reuters reports that China is one of the June recipients of the formerly strategic oil.  China, let that set in.  The same China which has been in a one-sided war against the United States for at least a decade.  The same China which has been increasing their natural gas drilling and oil production, while the Biden administration has squashed domestic U.S. production.

In response to the Biden policy induced high cost of gasoline, the Biden administration began a policy to drain the Strategic Petroleum Reserve  beginning in October of 2021.

Remember that this is the same Biden administration that is gutting plans for new oil and natural gas leases here in America.  Interior Secretary Deb Haaland defended the plan which includes the possibility of offering zero new leases over the next five years through a written statement, “From day one, President Biden and I have made clear our commitment to transition to a clean energy economy,” encouraging the public to weigh in on our future now.

By continuing to release the reserve oil, the Biden administration is attempting to replace domestic oil production that they have shuttered by spending the nation’s oil savings account in the hopes no one notices. Haaland’s statement reveals that they are also hoping their well-organized zombie environmental bots will comment on their zero federal oil lease plan in sufficient numbers to justify moving forward with it. Obviously ignoring the millions upon millions of voters who will be turning Democrats out at the polls in November due to their insane America Last energy policies.

Let’s be clear.  Depleting our nation’s military’s ability to survive wartime oil shortages by releasing our oil reserves for political purposes is dangerous and foolhardy, but allowing that oil to be exported to China rather refined to lower gasoline prices in America reveals the Biden administration to be politically stupid, militarily blind and callous to those Americans who are suffering in their determination to transform our economy.  The same dependency that European leaders find themselves in when dealing with Russia, that has resulted in U.S. Strategic Petroleum Reserve crude flowing to Europe at “rates never seen before,” according to OilPrice.com

It would be unbelievable, if we hadn’t witnessed the first eighteen months of the Joe Biden presidency.

This post, Biden’s strategic oil reserve release shipped to China, was originally published on The Daily Torch and is republished here with permission. Please support their efforts.