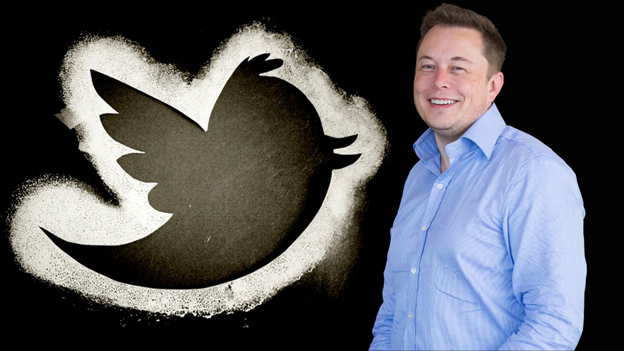 Twitter has been struggling to find its footing in recent years with the social media platform under fire for political censorship and a lack of transparency. But, Twitter may have found a new ally in Elon Musk. The tech mogul recently disclosed that he now owns 9.2 percent of the Twitter’s shares, making him single the largest shareholder of the company.

Less than 24 hours after Musk disclosed his new share ownership, Twitter CEO Parag Agrawal Tweeted an announcement that Musk is being appointed to Twitter’s Board of Directors, writing, “Musk’s term as a director will last until 2024, and under the new agreement with Twitter, Musk is prohibited from acquiring more than 14.9 percent of the company, a clause meant to limit how much power he can wield over Twitter.”

Given Musk’s clout and influence, some believe that he could be the key to saving Twitter. However, it remains unclear exactly how much influence Musk will yield over the platform. For example, he appears to have significant authority with regards to the development and introduction of new features.

Musk recently Tweeted two polls which collectively received over 5 million votes. In one, he asked if the Twitter algorithm should be open source. 82.7 percent of respondents agreed. In the second poll, Musk asked if users wanted an edit button. 73.6 percent of respondents voted “yse” [sic]. For Musk to poll users on such specific topics, it’s reasonable to assume that he aspires to make a personal impact on both the platform’s transparency and functionality.

Although Musk is a self-proclaimed free speech absolutist, and he polled users asking if Twitter “rigorously adheres” to the principle of “Free speech is essential to a functioning democracy”, to which 70 percent of respondents voted no, there have been no major announcements so far regarding any changes to Twitter’s terms of service since he arrived.

Twitter and other social media companies are currently protected under Section 230 of the Communications Decency Act, which authorizes those companies to police and censor content on their platforms while simultaneously shielding those companies from liability that might arise from those users, either for copyright infringement, defamation, or other litigation.

After Musk’s acquisition, many prominent conservatives took to Twitter and asked him to restore the permanently suspended account of former President Donald Trump, who was removed from Facebook and Twitter after the Jan. 6, 2021 riot at the U.S. Capitol. This request was denied within 24 hours.

In an emailed statement to the Daily News, a Twitter spokesperson reasserted the authority of company executives: “Twitter is committed to impartiality in the development and enforcement of its policies and rules. Our policy decisions are not determined by the board or shareholders, and we have no plans to reverse any policy decisions. As always, our board plays an important advisory and feedback role across the entirety of our service. Our day-to-day operations and decisions are made by Twitter management and employees.”

This clarifying statement raises legitimate questions about whether Musk will truly have a meaningful impact over Twitter’s culture and treatment of free speech. Although board member Musk may help craft a long-term vision for Twitter, the executives might still refuse to listen to any of his policy concerns. The power dynamic between board members appears to vary between companies, so time will be necessary to see how this plays out.

This development at Twitter took place against a backdrop of several alternate social media platforms vying for market share and name recognition. The most prominent platforms to have recently emerged are: Truth Social, Rumble, Gettr, Gab, CloutHub, and the now defunct Parler. Each of these platforms take a distinct approach to defining their social media experience.

Truth Social, backed by President Trump, has had a successful, but limited release. The app has not been released yet while their team is working to scale resources to meet the massive demand from conservatives and free speech advocates across the country. Americans for Limited Government has already reserved its usernames @LimitGov and @DailyTorch and will be active on Truth Social as soon as the platform launches. If you’re already on Truth Social, be on the lookout for us and give us a follow for the latest liberty updates. If you haven’t already, you can reserve your Truth Social username by downloading the app from the Apple’s App Store.

Rumble, an alternative video platform to YouTube, is unique in that it allows users to pit their videos against other videos in a battle for likes. The winner with the most likes advances to the next round of the bracket. The final, overall winner of the bracket receives a monetary award for creating engaging content. Rumble recently received a multi-billion-dollar investment and their user base has exploded. The founder still maintains corporate control and has publicly vowed to protect free speech on the platform.

Gettr, founded by former Trump advisor Jason Miller, is a Twitter alternative with a rapidly growing user base and frequent app updates. It’s quite impressive to watch such a new tech platform make user experience enhancements this rapidly. One questionable feature is their desire to maintain Twitter integration. Please follow us @limitgov.

Gab appears to seek to be an alt Facebook. Their owner Andrew Torba is also a free speech absolutist. So much so that payment platforms have cancelled him for allowing certain speech to remain on his site. The site is funded exclusively by cryptocurrency donations and payments from their membership. While possessing a great technological foundation, Gab seems to attract staunch conservatives who only talk about politics. There isn’t much discussion of non-political topics. Follow us @limitgovt.

CloutHub is a young and developing social media platform.  It is designed as a social networking platform with some fascinating built-in core technologies. It allows for virtual events with up to 100,000 participants that can be divided into subgroups. It also has built in video and the algorithm gives all users exposure. ALG also has presence on the platform and can be found @limitgov.

Sadly, Parler has had a declining user base since their website, Google Play, and iOS apps were restored after Parler’s server was terminated by Amazon Web Services and their apps were suspended by Google and Apple following the Jan. 6, 2021 riot. You can follow us there @limitgov.

With these alternative tech platforms making some gains in market share, with varying success, and Twitter executives asserting their operational dominance, should Musk really be trying to save Twitter from its self-defeating political censorship? While clearly Twitter will accept Musk’s capital and technical expertise for developing new features and visionary thinking about upcoming needs and trends, behind closed doors, they may not actually care what he has to say about political censorship or free speech.

Perhaps Musk the rocket scientist bought Twitter shares for the pure enjoyment of influencing the development of a better functioning product and witnessing financial gains as a bonus. Alternatively, Musk might know that he has more influence at Twitter than Twitter cares to admit. Only time will tell if Elon Musk can, or even should, try to save Twitter.

This post, Can Elon Musk save Twitter? Should he?, was originally published on The Daily Torch and is republished here with permission. Please support their efforts.