Coronaphobia made fear an idol and the unvaccinated heathens 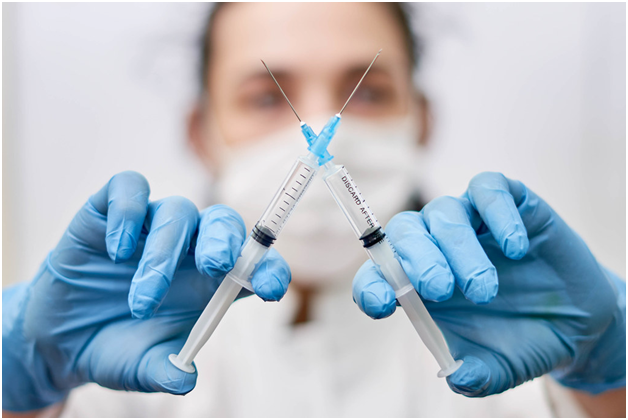 “All one’s neighbours are in the grip of some uncontrolled and uncontrollable fear. . . In lunatic asylums it is a well-known fact that patients are far more dangerous when suffering from fear than when moved by rage or hatred.” — Carl Jung

Big Government and corporate media reaction to Covid-19 pandemic has induced a state of mass psychosis. No, we’re not hallucinating purple elephants, but we are falling victim to a historically horrendous world view: government is our caretaker. Objective reality has been abandoned for an unquenchable thirst for safety. Fear has become God, government has become priest, and the unvaccinated have become the heathens.

The elevation of fear to deity statusis the product of both legacy media and social media. Fear and sensationalism are the gasoline and oil to the network news machine. Influencers and celebrity scientists use this fear to grow their social media following.

According to researcher R.E. Kasperson’s 2017 study:

“The ‘amplification stations’ enormously influence the social construction of the risk presentation and transmission. These include loved ones, scientists, researchers, risk managing organizations, leaders, and news agencies with social media and networking sites being the latest entrants. During the SARS outbreak in 2002−03, news agencies were held responsible for the exaggerated display of news, leading to mass anxiety, and xenophobia.”

Covid is real, and a serious concern, but coronaphobia is irrational as it is dangerous. The magnitude of the reaction is far greater than the magnitude of the threat. Many people who have taken the vaccine live in a perpetual state of terror. It is not uncommon in some parts of the country to see people wearing masks inside their cars while they’re alone. One man was recently spotted wearing a mask, but no helmet, on his motorcycle.

Government as priest can be observed throughout most of the western world. The authoritarian measurestaken by many governments, such as vaccine passports and quarantine camps, are making people choose between a forced medical procedure or being denied access to services and facilities. We can look at Australia as the western world leader in the Covid authoritarianism.

Here is a statement from their “getting ready for quarantine”official government document:

“You will need to stay in your allocated room for 14 days and you won’t be able to have visitors. Officials are trying to make your stay as comfortable as possible. Unfortunately, access to a balcony or open window can’t be guaranteed. There will be measures in place to keep you safe and prevent COVID-19 spreading. You will be given three meals per day. Food varies across different facilities. You should tell hotel staff if you have food allergies or other dietary requirements.”

This would be somewhat understandable if it were avoluntary program. But it’s mandatory. Australians don’t have a choice.The New York Times admits this. “The problem, however, is that even humane quarantine amounts to a forced retreat. The decisions made by governments about who poses a risk are rarely politics-free, and frequently go beyond medicine to fears shaped by emotions and biases.” While Australia is certainly the most extreme example, lesser forms of authoritarianism are popping up in America. Although 22 states have banned them, 7 states across the US have active vaccine certification apps. Everyone 12 and older in New York City must show proof of vaccination to enter dining, entertainment, and fitness venues. The Excelsior pass is being called the key to New York. A segment of the population is gleefully accepting these measures and even hope for more. A popular, satirical meme these days is “govern me harder daddy.”

Perhaps the scariest reaction brought forth by the pandemic is the “othering” of the unvaccinated. There are calls on Twitter for the unvaccinated to die already. It’s an“us versus them” groupthink mentality. Historically speaking, this has been one of the most dangerous mindsets and has led to many witch hunts. Here are the words of one individual who wrote a letter to the St. Louis Post-Dispatch:

“I think those who have gotten vaccinated should take action against the remainder who have refused to do so. I believe the government should get involved and assess some sort of penalty against those who are flagrantly thumbing their noses at the vaccine. There should be a financial penalty assessed via a deduction made against their Social Security checks, or they should be denied Medicare coverage. Or the government could withhold an amount from their annual federal income tax refund.Stop the insanity and let’s take whatever steps necessary to rid us of the coronavirus.”

Punishment of the “other group” is becoming too normal. One of the people commenting on this letter wrote “I think they should be punished with the death penalty. Oh wait the virus is doing that for us. Problem solved.”The call for unity seems to have disappeared. This rhetoric will continue to increase with the divisive media at work.

Fear has its place, but it should not become our omnipotent ruler in every decision we make. Government has its purpose, but we will be utterly disappointed, like the millions before us, if weallow authoritariansto become holy men. For a nation to maintain social cohesion, the citizens must believe that they’re somehow on the same team. It’s a dark day in America when it’s us versus them to this extreme. We can do better. We must.

David Potter is Communications Coordinator at Americans for Limited Government.

The post Coronaphobia made fear an idol and the unvaccinated heathens appeared first on Daily Torch.

This post, Coronaphobia made fear an idol and the unvaccinated heathens, was originally published on The Daily Torch and is republished here with permission. Please support their efforts.