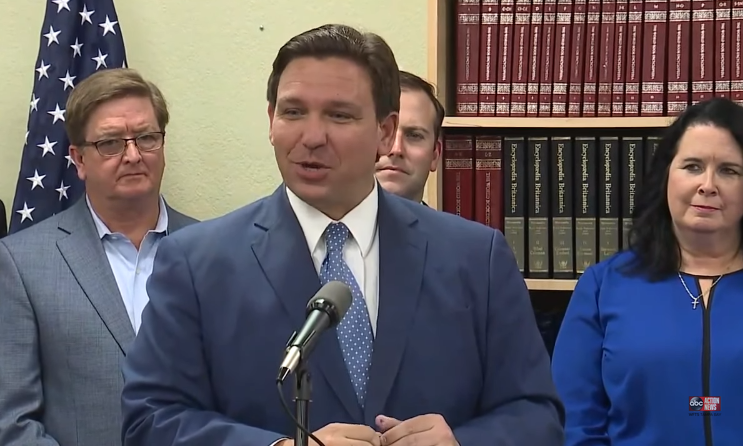 Whether they are policies aimed at restricting the teaching of critical race theory in public classrooms, or to take on public sector unions that have insulated public school teachers and state bureaucrats with tenured job security, Republican governors and legislatures have been no strangers to dealing with government employees — who they often do not see eye to eye with ideologically.

A 2016 survey by Education Week found that only 27 percent of teachers were Republicans versus 41 percent Democrat and 30 percent independents. In higher education, the advantage is more like 10 to 1. In civil service positions, the Democrats’ advantage is 2 to 1.

And that’s just in the government, but it is the essence of the problem that Republicans face: The GOP lacks representation in our nation’s institutions. In some cases, this might be because of employment discrimination. And for others, Republicans, for various cultural reasons, are less likely to seek to work for the government.

So far, many of the policies either seek to restrict what can be taught in classrooms, or to make it more difficult for government employee unions to engage in political activities — which typically favor Democratic candidates — essentially attempting to regulate outcomes via laws and other public policies.

But why don’t red states run by the GOP simply hire more Republicans to be teachers and bureaucrats and even things out a little?

One model Republicans could look toward are the current Diversity & Inclusion standards that have become a mainstay in human resource departments at public traded corporations. Everything from racial and gender hiring and content quotas are on the table. Hire more minorities. More women. More LGBTQIA. More representation in media for marginalized groups. And so forth.

Diversity & Inclusion, sometimes called Diversity, Equity & Inclusion, are just one among the many Environmental, Social and Governance (ESG) factors that are now dominating private companies in America. By including these types of quotas, companies can gain more favorable access to credit and capital by gaining high ESG scores.

In 1979, the Supreme Court ruled in Steelworkers v. Weber that preferences on the basis of race and sex in favor of women and minorities, which plaintiffs argued was reverse discrimination, were not a violation of the Civil Rights Act, in effect legalizing employment discrimination against whites and males.

Then Associate Justice William Rehnquist, who went on to become Chief Justice in 1986, blasted the ruling in his dissenting opinion: “Now we are told that the legislative history of Title VII shows that employers are free to discriminate on the basis of race: an employer may, in the Court’s words, ‘trammel the interests of the white employees’ in favor of black employees in order to eliminate ‘racial imbalance.’… Our earlier interpretations of Title VII… were all wrong.”

Here, the court was saying that reverse discrimination was okay — if it served the purpose of eliminating, in this particular case, “racial imbalance.”

So, what about eliminating political imbalance so we have Diversity & Inclusion of thought in government employees?

Here the Civil Rights Act, and most state civil rights laws, are silent on the question of employment discrimination on the basis of political party affiliation or ideology. This implies that hiring and firing decisions could conceivably be made with a political rationale, even more so than race or sex or religion, for which there is an explicit prohibition.

In other words, while a racial affirmative action program, even with the old Steelworkers precedent, could still be found to violate the letter of the law of the Civil Rights Act, a political employment standard is not even regulated under the Civil Rights Act.

So, what if a Republican governor or legislature instituted political hiring quotas so that state civil services and public schools were more representative of the body politic of that state? This could be done in a few ways: Hire more Republicans, fire more Democrats or do both until the political imbalances among public employees are eliminated.

Surely such a standard would be challenged legally, the result of which would resonate for years.

Or it might be upheld because states have a compelling interest in ensuring a politically neutral on balance civil service and public school system. That would be a ruling in favor of politically neutral government agencies that do not oppress political minorities.

Neither would be a terrible outcome.

In the meantime, just by raising the issue, states, particularly red states, would hire more Republicans — who similarly would be awakened to these imbalances — thus helping to restore political balance in classrooms and state bureaucracies. If Republicans want to take back institutions, particularly those in states they control, then what’s stopping them?

This post, GOP governors could institute Diversity & Inclusion of thought in public schools, state bureaucracies—by hiring more Republicans, was originally published on The Daily Torch and is republished here with permission. Please support their efforts.