Higher oil and gas prices will fuel Russia’s military to prosecute its war in Ukraine. The U.S. and OPEC need to speed up production. 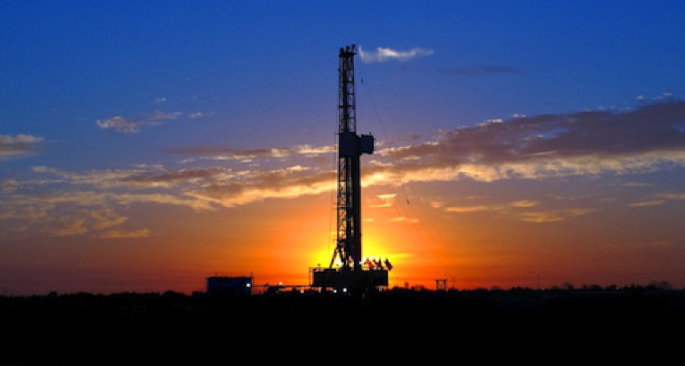 “Our sanctions package is specifically designed to allow energy payments to continue.”

That was President Joe Biden’s statement on Feb. 24 on how U.S. and Western sanctions on Russia for invading Ukraine would impact Russia oil and natural gas exports. So far, the answer is they won’t, despite calls by some to cut off Russia from global energy markets.

Oil prices are already very high, with Light Sweet Crude trading at $91 barrel and Brent Crude at $98 as of Feb. 25. Natural gas in the U.S. remains elevated with Henry Hub Natural Gas at $4.4 per 1,000 cubic feet, and in Europe prices on the Title Transfer Facility (TTF) in the Netherlands are up to $25.72 per 1,000 cubic feet.

If there is an embargo, the American people and the peoples of Europe and the UK have to be prepared for higher prices. Much higher prices. It is a move that could weaken the U.S. and European economies, immediately sparking a massive recession, likely further weakening the political administrations there. And who knows how long it will last or where it will lead geopolitically. And it might not save Ukraine.

On the other hand, if there is still a desire to somehow curb oil and gas subsidies to Moscow without a full-blown embargo, then the goal must be to reduce the price of oil and be prepared to continue supplying Europe in the worst case scenario of a wider war. There’s no other way.

The Nord Stream 2, currently suspended by Germany, was built from 2018 and finished construction in Sept. 2021 at a cost of $11 billion, and would double the current pipelines’ distribution of 1.9 trillion cubic feet a year to 3.9 trillion cubic feet a year. In Nov. 2021, Germany delayed final regulatory approval of the pipeline project to about March 2022. Germany already purchases about 55 percent of its natural gas from Russia before the new pipeline has even gone online.

To offset Russia on natural gas would require global production to increase by about 5.6 trillion cubic feet a year. Could the U.S. help?

Assuming the U.S. were the only source increasing production of natural gas, it would have to increase by about 5.6 trillion cubic feet (Russia’s current 3.7 trillion plus the 1.9 trillion Nordstream 2 was supposed to produce) to 41.8 trillion cubic feet in order to completely offset Russia, a 15 percent.

But there’s a problem: the EIA only projects a 1.9 percent increase in U.S. gas production in 2022.

One area that is lagging behind is natural gas leasing on federal lands, which Biden is delaying while the administration considers the fallout of a federal court ruling blocking higher cost estimates of climate change from be used when making rules for carbon regulations. Even there, though, the landscape is challenging.

Then there are logistical issues. Just because oil and gas producers can get the commodities out of the ground, there is still somewhat of a limit on how much can refined and shipping based on distribution.

That said, President Biden needs to get with Saudi Arabia — overcoming his poor relations with the Crown Prince — to begin increasing production immediately, the Green New Deal be damned.

The Keystone XL pipeline should be renewed. Increasing flows into the U.S. would take pressure of global oil markets.

The same goes for Germany. On an emergency basis, any currently online nuclear power plants need to remain online and plans to curtail carbon emissions by decommissioning coal powered plants need to be indefinitely postponed. And all of Europe must begin exploiting its vast stores of oil and gas shale. There is simply too much at stake.

Europe is not prepared for war. The problem with immediately cutting off Europe’s current oil and gas supply is it would require pretty large increases in production and distribution elsewhere to keep markets properly supplied. But until that production kicks online, there may be little short-term advantage to kicking Russia out of the global economy, and might make Europe more vulnerable to attack if Moscow perceives weakness.

Be aware, an embargo — either from the West or Moscow just deciding to turn off the spigots — may be inevitable.

The result, however, would dramatically alter the global economy, with decades long consequences, assuming it doesn’t immediately or eventually provoke World War III. Russia would shift distribution to Asia, creating an entirely new economic bloc with China, Iran and its satellites, with its own financial systems. That would be a very powerful axis. Are we sure we want to be the ones who help create that by leaving Moscow with no other options? Be careful what you wish for.

In the meantime, Europe would suffer greatly in the short-term because of energy rationing, exacerbated largely due to self-inflicted wounds to curtail carbon emissions by shutting down coal electricity production, and also move to denuclearize large economies like Germany, thereby substantially increasing Europe’s demand for natural gas — by a lot.

It’s not an easy problem to solve, and certainly not within timeframes that would somehow save Ukraine. The only way to save Ukraine is militarily, and Biden, love it or hate it, forecasted that we were unwilling to intervene militarily, sacrificing strategic ambiguity, and increasing pressure on other U.S. satellites like Taiwan and South Korea.

Did Biden’s weakness embolden Russia? We’ll never know the counterfactual, and now we can only deal with the problems in front of us.

An oil and gas embargo on Russia might be inevitable and eventually necessary, especially in the event of a wider war. Rapidly increasing energy production will make the policy more viable by providing the U.S. the capacity to fully offset Russia as source of European energy. Let’s get prepared — before it is too late.

The post Higher oil and gas prices will fuel Russia’s military to prosecute its war in Ukraine. The U.S. and OPEC need to speed up production. appeared first on Daily Torch.

This post, Higher oil and gas prices will fuel Russia’s military to prosecute its war in Ukraine. The U.S. and OPEC need to speed up production., was originally published on The Daily Torch and is republished here with permission. Please support their efforts.